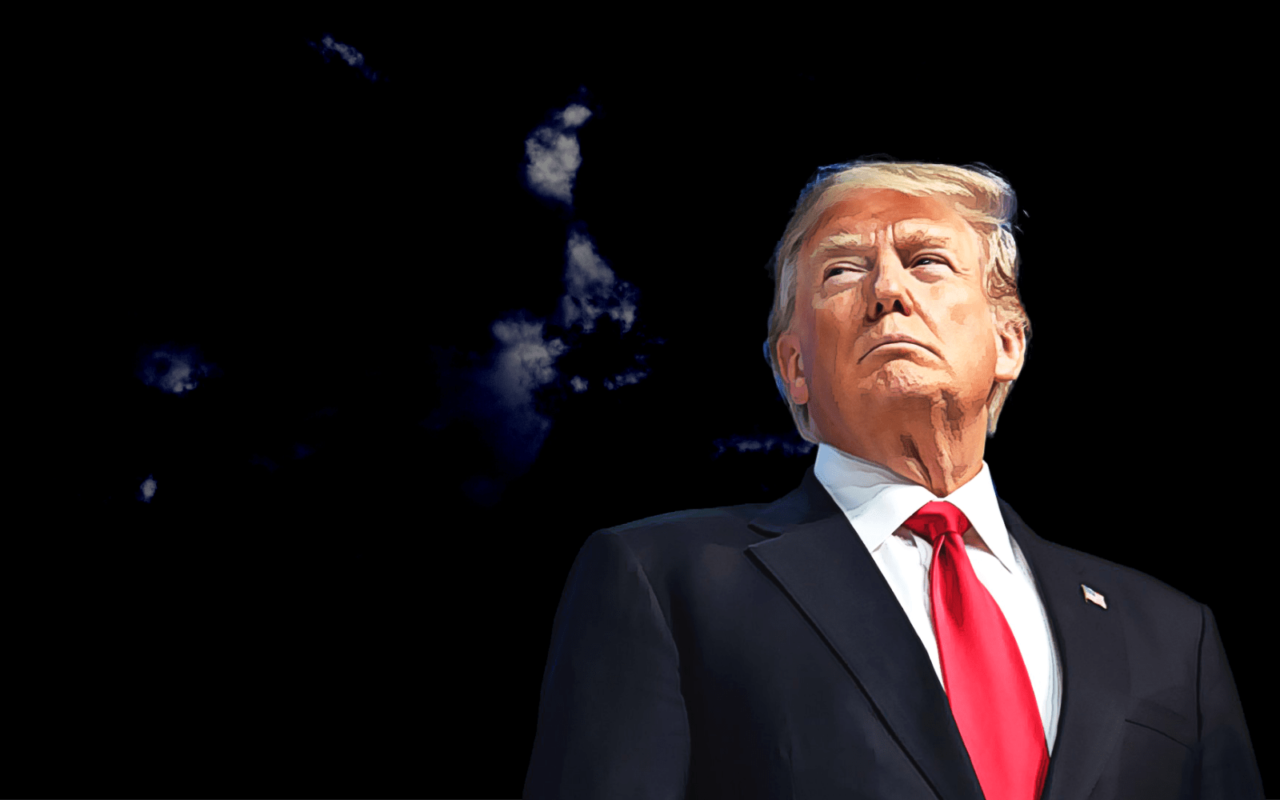 Florida health care executives convicted of fraud are among the 143 people who received pardons or sentence commutations from President Donald Trump early in his last day in office Wednesday.

Shortly after midnight, Trump released a list of pardons and sentence commutations that included full pardons for Todd Farha, William Kale, Thaddeus Bereday, Paul Behrens and Peter Clay, former executives of WellCare Health Care of Tampa, who were convicted in 2013 for Medicaid fraud.

The WellCare executives were charged and convicted in a case of widespread Medicaid overcharging of at least $35 million. The case first went to court in 2008 and was prosecuted over the course of several years.

FBI agents raided WellCare’s Tampa headquarters in 2007 as part of an investigation that included using an undercover informant. At least in part, the case involved allegations that WellCare deceived the state about how much money the company spent on behavioral-health services for Medicaid beneficiaries and did not refund money as required.

A synopsis of the WellCare case released by the White House early Wednesday contends mercy was advocated by a wide range of organizations and individuals including the CATO Institute and the National Association of Criminal Defense Lawyers. They contended the offenses centered on reporting methodology, not criminal intent.

According to the White House, “There was no evidence that any of the individuals were motivated by greed. And in fact, the sentencing judge called the likelihood that there was any personal financial motivation infinitesimal.”

“In 2008, Messrs. Farha, Bereday, Kale, Behrens, and Clay were criminally prosecuted for a state regulatory matter involving the reporting of expenditures to a state health agency,” the White House statement said. “The expenditures reported were based on actual monies spent, and the reporting methodology was reviewed and endorsed by those with expertise in the state regulatory scheme. Notably, there was no evidence that any of the individuals were motivated by greed.”

But a 2016 opinion by a panel of the 11th U.S. Circuit Court of Appeals described the case differently as the Atlanta-based court upheld the convictions of Farha, Behrens, Kale and Clay.

“At trial, the government proved that together the defendants participated in a fraudulent scheme to file false Medicaid expense reports that misrepresented and overstated the amounts Staywell and Healthease (WellCare subsidiaries) spent on medical services for Medicaid patients, specifically outpatient behavioral health care services,” the opinion said. “By overstating these expenses, the defendants helped Staywell and Healthease retain millions of dollars in tax-subsidized Medicaid funds that they should have refunded to the Florida Agency for Health Care Administration. This, in turn, inflated the profits of Staywell, Healthease, and WellCare and earned the defendants financial rewards.”

Similarly, a 2017 U.S. Department of Justice news release about the sentencing of Bereday described the case as a “$35 million health care fraud scheme.” It also said that WellCare, as part of an agreement with prosecutors, was required to pay $40 million in restitution and forfeit another $40 million to the federal government and cooperate in the criminal investigation.

The news release in the Bereday sentencing said a 2002 Florida law required Medicaid HMOs to spend at least 80% of the Medicaid premiums they received for behavioral-health services on care for patients. If HMOs spent less than 80%, they were required to return money to the Medicaid program.

“Bereday and four other defendants were charged in an indictment that alleged the ways in which the defendants falsely and fraudulently schemed to submit inflated expenditure information in the company’s annual reports to AHCA in order to reduce the WellCare HMOs’ contractual payback obligations for behavioral health care services,” the news release said.

Farha, Behrens, Kale and Clay were convicted in 2013 on charges related to fraud and making false statements, according to the news release and the appeals-court opinion. Bereday later pleaded guilty to a charge involving a false statement.

“The judge imposed a range of sentences from probation to three years’ imprisonment, reflecting the conduct as an aberration from these individuals’ otherwise law-abiding lives,” the White House statement on the pardons said. “Messrs. Farha, Bereday, Kale, Behrens, and Clay are described as devoted to their family and their communities, and have weathered their convictions without complaint.”

Salomon Melgen, a Palm Beach County eye doctor, had his 17-year federal sentence commuted for fraud and making false statements. He was convicted in 2017 in a case involving a massive Medicare over-billing totaling as much as $105 million, conducted through numerous clinics in South Florida and elsewhere, according to the Palm Beach Post,

“Numerous patients and friends testify to his generosity in treating all patients, especially those unable to pay or unable to afford healthcare insurance,” the White House case synopsis stated.

They were joined in Trump’s late mercy act by several high-profile individuals with Florida connections: Robert Bowker, who was convicted in the 1990s of illegal wildlife trafficking; Rappers Lil Wayne and Kodak Black, who were convicted of weapons charges; and Kwame Kilpatrick, the Florida A&M University alumnus and former Detroit Mayor who had his a 28-year sentence for convictions  of racketeering and bribery commuted.

Lil Wayne, whose legal name is Dwayne Michael Carter Jr., previously pled guilty to weapons charges in Miami. His pardon was supported in writing by NFL Hall of Famer Deion Sanders, a graduate of North Fort Myers High School in Southwest Florida, who called Carter “a provider for his family, a friend to many, a man of faith, a natural giver to the less fortunate, a waymaker, [and] a game changer.” The rapper received a full pardon.

Black, legal name Bill Kapri, had a sentence commuted. He was serving 46 months for lying on a Florida background check for a weapons permit. The commutation was supported by Florida religious leaders, including Pastor Darrell Scott and Rabbi Schneur Kaplan. A range of political leaders, rappers and athletes supported the commutation including Bernie Kerik, Gucci Mane, Lil Pump, Lil Yachty, and Lamar Jackson. So did Hunter Pollack, a prominent conservative activist whose sister Meadow was killed in the Parkland shooting.

A full pardon was granted to Steve Bannon, who previously was registered to vote in Sarasota in 2016. The former Trump confidante faced charges stemming from a fundraising scheme supposedly raising private contributions to pay for a border wall. But three other men charged in the matter, including Andrew Badolato, the Sarasota man whose address Bannon once listed on his voter registration, were not granted pardons.

Abel Holtz received a full pardon, which was also supported by Diaz-Balart and business leaders in South Florida. The 86-year-old, who previously owned Washington’s Capital Bank, in 1995 pled guilty to one count of impeding a grand jury investigation of former Miami Beach Mayor Alex Daoud. Holtz previously had no criminal record and boasts a history of supporting charitable causes in Miami Beach, the White House said.

Bob Zangrillo, a South Florida developer charged in the then high-profile Varsity Blues college bribery investigation, also received a full pardon. The White House said Zangrillo’s request for a full pardon was supported by  Len Blavatnik, Geoff Palmer, Tom Barrack, Sean Parker, Walid Abu-Zalaf, Medo Alsaloussi, and Kevin Downing. Prosecutors said Zangrillo had paid a $50,000 bribe to the University of Southern California to ensure his daughter’s acceptance. The White House said Zangrillo’s daughter was not among those who had someone else take a college placement exam, and that she is currently earning a 3.9 GPA at the school. Prosecutors, however, argued an imposter took classes on Amber Zangrillo‘s behalf.

However, later Wednesday, a spokesperson for Parker released a statement that read, “Sean doesn’t know him and did not make any request for a pardon on his behalf.”

After the pardon was announced, a spokesperson for Barrack also denied involvement.