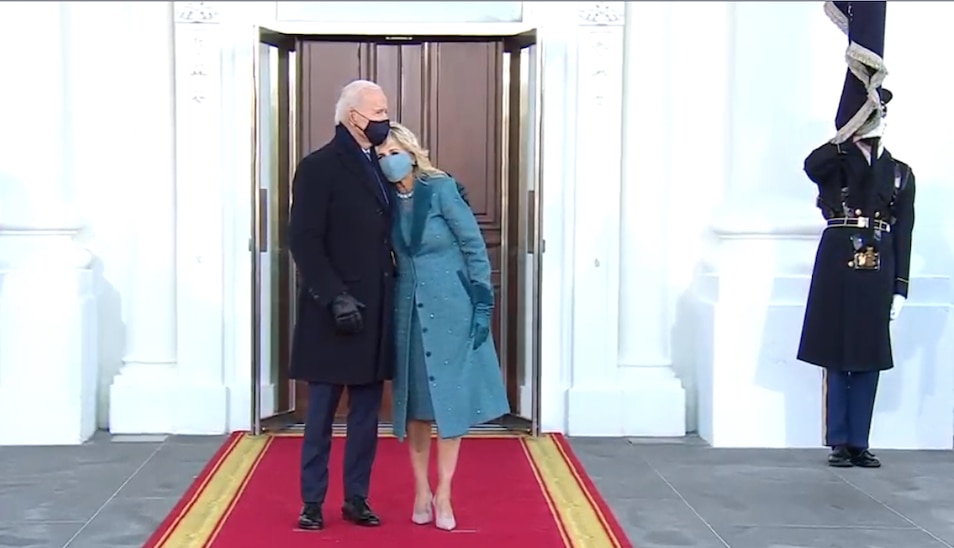 For months Donald Trump tried to deny this moment.

After they all rode in limousines for about 15 minutes of the Inauguration Day parade route, the motorcade stopped. The new President and First Lady and their family got out and walked the last couple of blocks to the White House, climbing the steps and going inside at 3:53 p.m. Wednesday.

At that point, there no longer was any conceivable prospect that somehow, someone might prevent Biden from taking the White House.

For months after Biden won the Nov. 3 General Election, now-former President Donald Trump and many, presumably millions, of his followers contended the moment would not come. It has never been clear when or if Trump or his followers might fully lose hope that somehow the Biden presidency could be stopped.

Perhaps on Nov. 7, when all the counting was done and redone and the General Election’s results made it clear Biden was elected; perhaps Safe Harbor Day, Dec. 8, when the law locked in state Electoral College slates; perhaps on Dec. 14, when the Electoral College electors formally cast their votes to elect Biden; perhaps on Dec. 23, when those votes were formally delivered to Congress; perhaps on Jan. 6, when Congress opened and counted the ballots and officially declared Biden the winner; perhaps on Jan. 7, when Trump for the first time acknowledged he knew Biden would be sworn in; perhaps Wednesday morning, shortly before noon, when Biden was actually sworn in as the 46th President of the United States.

If none of those, then when the Bidens and their family, and a handful of Secret Service agents and staff, crossed the threshold of the White House and the door closed behind them, the final door in this wild ride, at 3:53 p.m. Wednesday.

Harris, Emhoff, and their family also got out and walked the last two blocks of the parade route, about 15 minutes behind the Bidens. They arrived at the White House at 4:12 p.m. They were let in. And the door closed again.

By 4:50 p.m. the White House was reporting that Biden was in the Oval Office, preparing to sign executive orders he had pledged for his first day.

Harris didn’t stay long, and she also got right to work. She returned to the U.S. Capitol to swear in three new senators, Democrats Raphael Warnock and Jon Ossoff from Georgia and Alex Padilla from California, giving Democrats control of that chamber.