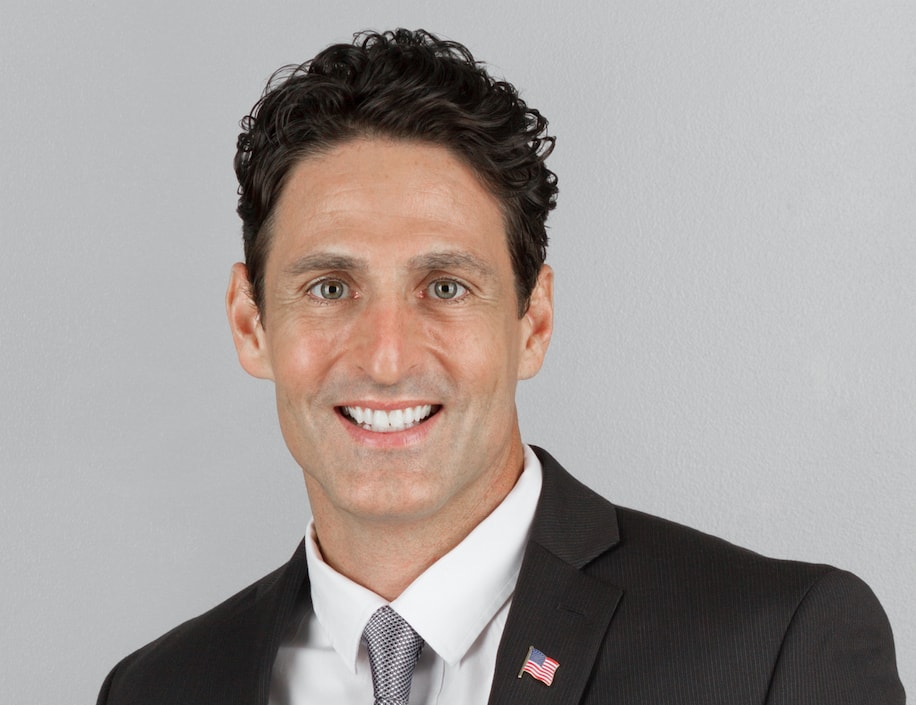 A petition seeks his resignation over inflammatory U.S. Capitol comments.

A showdown is set for Monday in Casselberry that crystallizes the broader American crisis involving Republicans who fostered the notion that the presidential election was stolen and those who charge their inflammatory claims helped fuel the deadly U.S. Capitol siege.

A group of Casselberry residents outraged over Vice Mayor Mark Busch‘s videoed statements — such as “all bets were off” if Vice President Mike Pence tried to help certify President Joe Biden’s election — are presenting a petition to the Casselberry City Commission demanding Busch’s resignation.

Yet Busch, who also is a Republican candidate for Florida’s 7th Congressional District, plans to use the dust-up to call for an expanded community conversation on free speech and civil unity.

Casselberry is a Seminole County suburb of Orlando. CD 7, which represents Seminole and parts of Orange County, is represented by Democratic U.S. Rep. Stephanie Murphy.

“The citizens of Casselberry deserve more than what we have received from Vice Mayor Busch over the last few weeks.,” said Emily Orey, who’s leading the petition drive, which had 1,537 signatures by Thursday afternoon. “While Vice Mayor Busch and I have had a few positive conversations in the last week, he has still shown the lack of priority he has for this issue and our residents.”

Busch’s written reply, which he plans to deliver to the City Commission Monday, begins, “As an elected official I am both sorry and grateful for the conversations that my recent actions have spurred. I am sorry that my words have caused offense to some and grateful that they have demonstrated how important free speech is for all of us. I appreciate the citizens that have courageously demonstrated the importance of holding our elected officials accountable. That people have opposed my freedom of speech with their free speech demonstrates how important free speech is.”

It all began Jan. 5 — the day before the Capitol insurrection. Busch wandered into a small sign- and flag-waving pro-Donald Trump rally in Casselberry with his own “Don’t Tread On Me” flag. A local alt-right vlogger recognized him, talked with him on camera, and posted the video on the right-wing video sharing site, Rumble.

It took a few days for the video to make its way to a broader audience. When it did, backlash erupted.

Orey and others first raised their concerns at the Jan. 11 Casselberry City Commission meeting. Busch released an initial statement, walking back some of his comments.

Yet while he and Orey and others have had several conversations since, the fires of controversy have not been doused. Next Monday night is round two, with Orey and others ready to present their petition and Busch ready to make a longer response and also propose the city create a group to talk it all out.

“I would like to champion putting together a group which will include diverse leaders and residents in the community to have open discussions on how to bring us closer together and advance our shared concerns. Building unity begins by what we agree on, not what we don’t,” he said in his latest statement.

Among his comments, Busch said people were going to Washington for the Jan. 6 rally “foaming at the mouth mad,” and that, “if they [Pence and Congress] don’t do what they should be doing, watch out, all bets are off.”

It turned out, all bets were off. The Washington rally turned into a mob that seized and sacked the Capitol, killed a police officer, ransacked offices, and apparently unsuccessfully hunted for Pence, Speaker Nancy Pelosi, and others with intention to do them harm in order to stop the presidential election results from being certified.

In his defenses, Busch first insists the comments he made on Jan. 5 came from him as a private citizen expressing his freedom of speech, not in any official capacity. The vlogger who posts under the handle PaintTheTrump had recognized him at the small Casselberry rally and had introduced him to his video audience as a Casselberry Commissioner. In the video, Busch did not clarify his status as a private citizen.

“I should have made that clear at the moment. I didn’t and I am sorry for any angst I have caused the citizens of Casselberry because of this. I was representing myself and not the office I hold or those I serve,” he says in the statement he’ll present to the City Commission Monday.

Second, Busch insists he was as appalled as anyone at what actually happened on Jan. 6.

“To be clear, I condemn violence of any kind. What happened at the Capitol was a tragedy for our country and a blot on our standing as leaders of the free world. Anyone who committed a crime should be brought to justice,” he says in the statement.

But third, he stands by his right to say what he said, even while he acknowledged he probably shouldn’t have said it.

“This election was the most contested one in my lifetime and emotions were high across the political spectrum. In these passionate times I realize my need to be more measured with my statements and I welcome any concerned citizen who seeks to petition their grievances,” he states.

Orey said she and other critics appreciated his willingness to talk this through with them. But she indicated they cringed at some of that he said, notably that he seems to them to be blaming “cancel culture” for his problems.

“Casselberrians deserve better answers than blaming his call for removal on cancel culture,” she said in a written response. “Vice Mayor Busch is not a victim of cancel culture. He is only a victim to his own actions and poor decisions. Vice Mayor Busch wants to say that we need to mend the division in our city, but he has yet to prove how he is willing to do so without the continued push of the people of Casselberry. Vice Mayor Busch must hold himself accountable for his behavior. He can do so by resigning from his City Commission seat. If Vice Mayor Busch refuses to resign, then our Commission must move to condemn his dangerous behavior and move to censure him.”