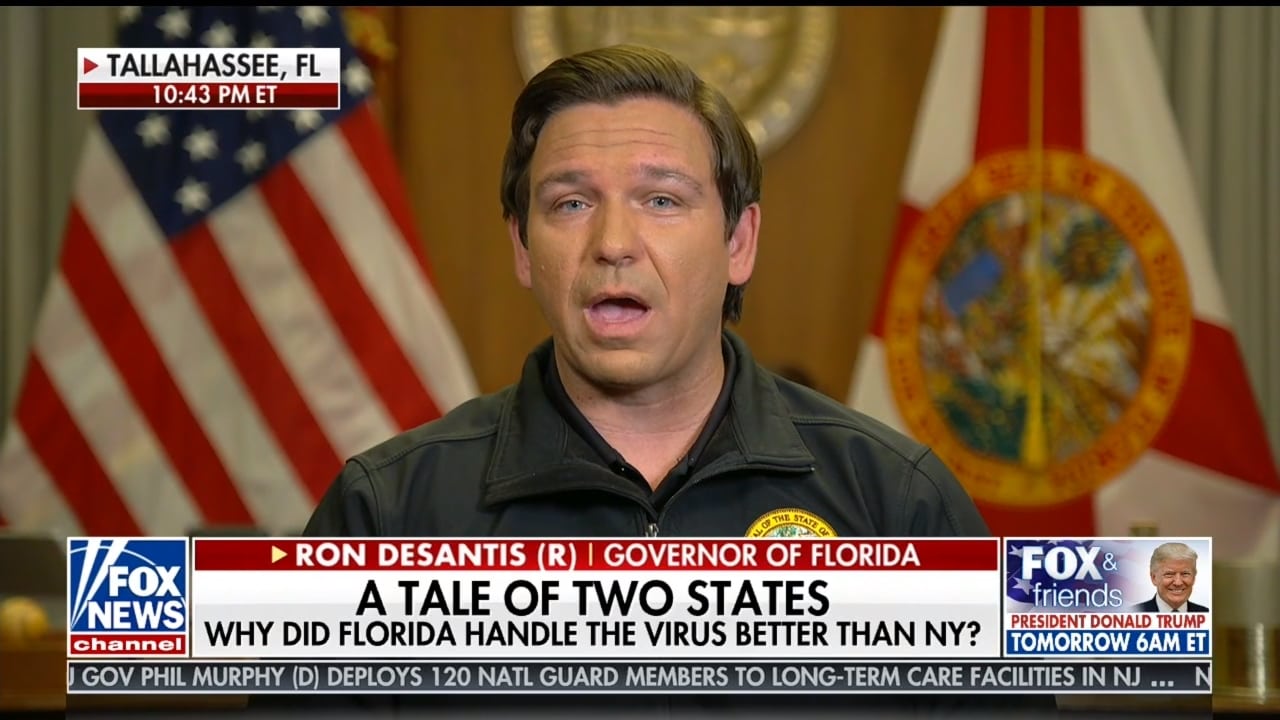 The latest state records show that 1.2 million people have received a COVID-19 shot in Florida, including more than 776,000 seniors. But state officials say that reporting lags behind reality.

Patching in from the Pinellas County health department, Gov. Ron DeSantis joined Fox News’ “America’s Newsroom” Friday morning to showcase who he claimed would be the 1 millionth senior to get a shot in the Sunshine State.

“This guy’s still got some guns. He came in, showed that,” DeSantis said of the “American hero.” “Let me tell you, 100 years old, I watched every lady look at him. This is a handsome individual, and people know it.”

He flew over Normandy and battled in the Florida Senate. But his most recent battle has been against the pandemic.

“Things are not normal at age 100, but we’ve been very close to normal,” Sayler said.

He’s still seen friends and family during the pandemic, he said, with DeSantis adding that the centenarian has taken precautions but keeps living a full life while understanding that the virus is real.

“He’s going to keep living and obviously this vaccine will help him even do more,” the Governor said.

DeSantis’ decision not to lock down Florida has been a contentious point in the media but is a frequent line of praise on Fox. Sayler relayed “how happy we are to live in the number one state in the union and have the number one Governor in the union.”

“From his lips to God’s ears, guys,” DeSantis said.

Furthermore, the Governor said it takes about three days for a vaccination to appear in the state’s records, his basis for touting the 1 million landmark Friday.

“We do believe this is the 1 millionth senior, which the reporting will bear out over the next couple days,” DeSantis said.

Florida became the first state last month to vaccinate both people in longterm care facilities and the 65-plus general population. More than 66% of people vaccinated in Florida have been seniors, a rate that leads the nation.

The Sunshine State has been so efficient, DeSantis says, at vaccinating the elderly that people have tried coming to Florida to get a shot.

Reports that non-Floridians and even non-Americans are traveling to the state and are successfully getting shots have plagued the DeSantis administration. The Governor says those are one-off instances that are handled, pushing back Friday against those claims on Fox.

To stymie the narrative of “vaccine tourism,” Surgeon General Scott Rivkees issued a public health advisory Thursday outlining that only residents, seasonal residents and health care workers should get a shot. Snowbirds, those seasonal residents who spend months at a time in Florida, get a pass in the state’s eye.

“If you have a home, you pay taxes, you live here over the winter, that’s different,” DeSantis said. “A lot of them have doctors here. There’s no vaccine tourism. Hospitals are not permitted to engage in vaccine tourism.”

While he’s touted the state’s efficient vaccine rollout, including 405,000 shots administered last week alone, the state only gets about 266,000 vaccines a week.

“The federal government, when they get them, they send them,” DeSantis said, “but I think we thought we’d be getting a little bit more by now.”

It was an honor to witness Henry Sayler receive his first dose of the vaccine today. Florida is rapidly approaching a monumental milestone of 1 million seniors vaccinated. #SeniorsFirst pic.twitter.com/JoL6N1ybOH