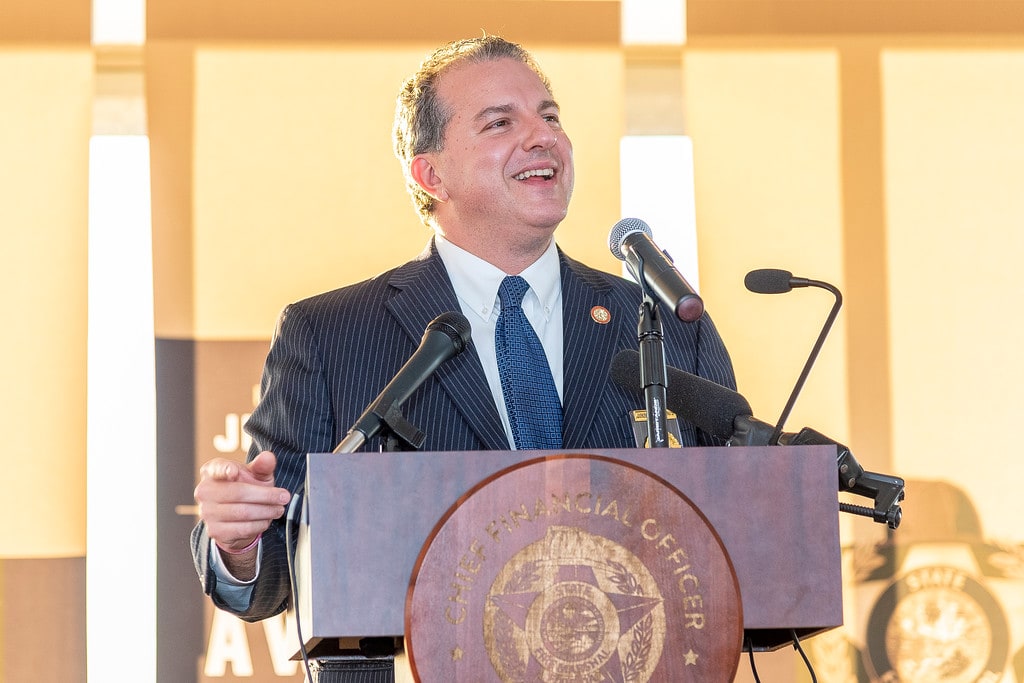 The bill, Combatting Public Disorder, would increase penalties for violent protests. It also, among other pursuits, targets local efforts to defund law enforcement.

“I may not have a vote in the Legislature anymore, but I have a microphone like this one and I plan to use,” Patronis said.

Patronis advocated for the protections while speaking at the Florida Sheriffs Association 2021 Winter Conference in Ponte Vedra.

There, he warned about an “anti-law enforcement culture” developing among some in the Legislature and other political institutions.

“I’m concerned that certain anti-police elements are beginning to take roots in the political institutions of our state,” Patronis said.

“You are now not just a target for criminals but also elected officials,” Patronis said. “They are coming for your jobs and in some instances, your badge. It’s time we fight back. Enough is enough. In Tallahassee there are even whispers that Eskamani has her eyes on the Governor’s Office. We cannot let that happen!”

“Law and order” is among the Florida GOP’s top legislative priorities.

Gov. Ron DeSantis unveiled his vision for HB1/SB 484 amid a spree of riots and protests spurred by fatal police interactions over the summer.

Republican leadership vowed to fast track the bill after rioters breached the U.S. Capitol on Jan. 6. Five people died in the siege.

The bill includes strict punishments for rioters. It would crack down on battery, assault, or inciting a riot. It would also require a person arrested for unlawful assembly to remain in custody until their first appearance.

The measure would take effect on July 1 if it is approved by both chambers and signed by the Governor.