If President Joe Biden’s performance in St. Pete compared to Hillary Clinton’s in 2016 is any indication, it suggests Republicans might now be doomed in citywide elections.

A closer look at voting trends between the two elections offers insight into how the existing pool of candidates for the 2021 mayoral race to replace Mayor Rick Kriseman could shake out.

Matthew Isbell, a data consultant who runs MCI Maps, created a map for Florida Politics breaking down how the city voted in both 2016 and 2020, with those trends broken down precinct by precinct. The map showed Biden making gains among White voters, particularly in liberal White neighborhoods and in upper-income suburbs. He also made gains in communities with a large LGBTQ presence. Those gains all more than made up for losses Biden suffered in the African American community in parts of South St. Pete.

St. Pete already had a leftward bent in 2016, with Clinton besting former President Donald Trump by more than 24 points. Four years later, Biden grew that margin to 26 in 2020.

A look at maps from both presidential election years shows largely similar voting trends. Much of South St. Pete, including the area commonly known as Midtown, as well as Greater Pinellas Point and Lakewood Estates and parts of South St. Pete bordering Gulfport remained deep blue with 80-100% of voters going for Clinton and Biden. Downtown, on both maps, was also solidly blue.

Trump gathered most of his support in both election in areas like Pasadena and coastal Northeast St. Pete.

But a closer look shows some trends that can be translated to this year’s mayoral contest.

Part of the Jungle Terrace neighborhood went from leaning Trump in 2016 to leaning Biden in 2020. The same happened with the Isla Del Sol area. Trump also lost ground in the mainland portion of Pasadena, where a mix of affluent and middle-income earners live.

Conversely, Trump saw gains in one small precinct just north of Gulfport, a neighborhood with African American residents and working class White voters. He also saw a precinct in Jungle Terrace go deeper red in 2020. But overall, Trump lost more ground citywide than he gained, accounting for the growth in Democrats’ margins.

So what does that all mean for the St. Pete mayoral election? A lot.

Black voters, while still overwhelmingly Democratic, showed a willingness to buck the party for Trump in certain areas. This is likely less about political ideology than it is about feeling disenfranchised by the status quo. To earn Black voter support, candidates will need to show they recognize the community’s needs and have real plans to try something new to achieve improvements within the community.

Nowhere will that conversation be more prevalent this local election cycle than on plans to redevelop the Tropicana Field site where a generation of Black residents were displaced to develop the original stadium. The conversation will also likely need to include plans for affordable and workforce housing and access to living wage jobs, perhaps through increased educational opportunities and vocational programs.

Gains among Democrats among White voters in affluent areas with liberal voters is also of importance. While the downtown liberal elite may favor more progressive policies, those in suburban neighborhoods may be looking for a more moderate option, opening the door for a late entry candidate who can claim that lane.

As of right now voters have three viable options in City Council member Darden Rice, former Pinellas County Commissioner Ken Welch and former Rep. Wengay Newton. Rice and Welch have carved the progressive lane while Newton’s record has plenty of party-line crossing for both to attack. He’s likely to split the African American vote with Welch, both of whom are Black. Yet, it would be hard for Newton to claim even the moderate lane, with some more moderate White voters potentially turned off by his time on City Council when he was, at times, a contrarian city leader.

I’ve said this before, despite the liberal shift, St. Pete is not a progressive hotbed ala Austin or Portland, as some would like to believe. Rice is, at this point, expected to be the top vote-getter in the August primary with Welch likely claiming the No. 2 spot to make the November General Election.

But with both boasting progressive bonafides, a business-minded, moderate candidate could throw a monkey wrench into that calculous.

Still, the biggest take-away, and the most obvious, is that a hyper-conservative candidate will likely be a non-starter among the bulk of St. Pete voters. Gone are the days of Rick Baker, who suffered a bruising loss in 2017 to Kriseman, refusing to reject Trumpism despite being a Jeb Bush Republican. Gone too is support for the likes of a Bill Foster-type, the former Mayor who infamously said he believed humans and dinosaurs walked the Earth at the same time and complained when his son was taught evolution in school.

Perhaps someone like Robert Blackmon, who ran two years ago as a moderate Republican and won a seat on City Council previously held by a Democrat, could find some footing. The similar is true for City Council Ed Montanari. While he no doubt has a moderate voting record, he has already faced one election where, albeit unsuccessfully, he was painted with the Trump brush.

The time may be now for St. Pete to officially be a liberal town, even if it stops short of being wholly progressive, that is no longer interested in electing a citywide Republican. 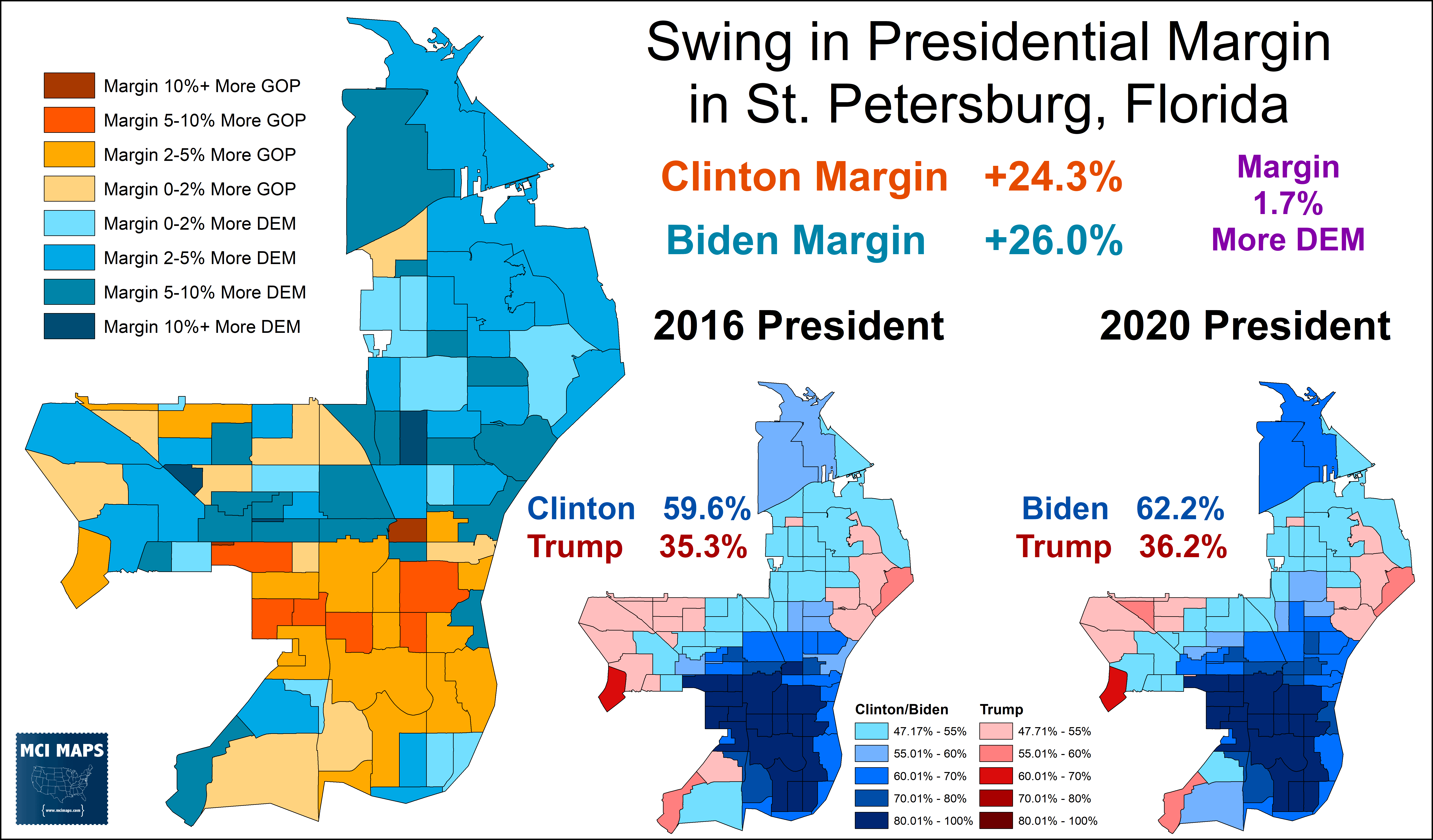