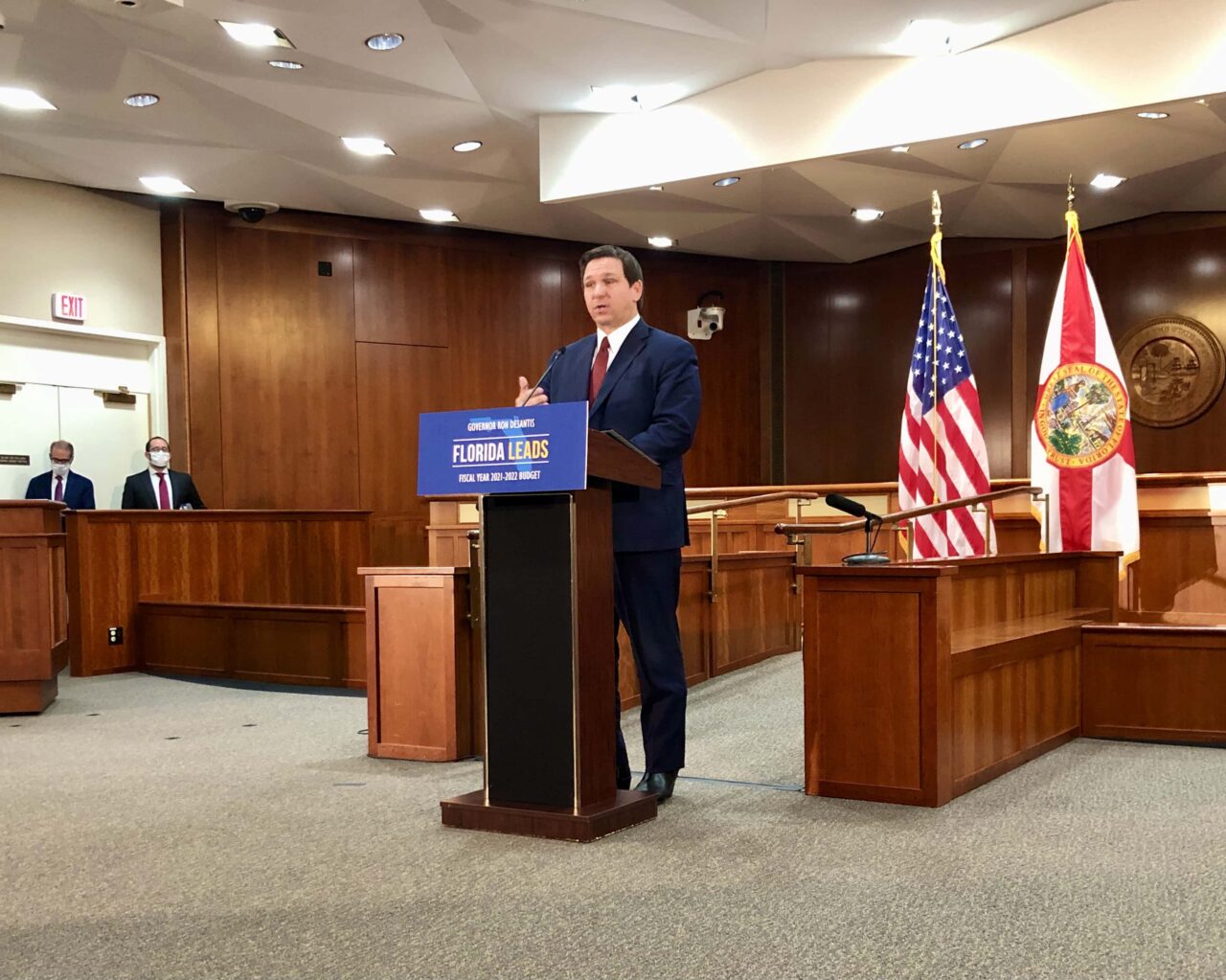 Federal aid is helping to buoy the Governor's health policies.

More than half of the spending increases in Gov. Ron DeSantis‘ proposed budget go to combating the COVID-19 pandemic.

The Governor on Thursday proposed a $96.6 billion budget, an increase of $4.3 billion over the budget he signed in June. That’s come despite a $2 billion budget shortfall, largely because of relief funding from the federal government.

“Health has gotten a lot of money now with a lot of the stuff that’s come down,” DeSantis told reporters. “That’s much different than more previous to that.”

The biggest spending reduction comes from Federal Medical Assistance Percentages, which allowed the Governor to replace $554.7 million for Medicaid and KidCare with federal funds.

In recent press conferences, DeSantis has railed against President Joe Biden‘s pandemic response, calling “FEMA camps” unnecessary. Instead, he has asked the federal government to focus its efforts on vaccine production.

“We’re getting huge amounts of money for some of the testing, which I’m not sure that that’s necessarily the best use of it at this point because we have all these rapid tests out there,” DeSantis said Thursday.

Administration officials expect the federal government to shoulder all costs from the vaccine rollout from Jan. 21 to September.

Proposed health funding increases, however, aren’t all directly tied to the pandemic.

The pandemic has brought increased awareness to mental health, exacerbated in the past year by loneliness and economic hardship.

The budget recommends $178 million to fight the opioid crisis, in part through nearly $140 million in federal grants. That amounts to a nearly $40 million increase over spending in the current fiscal year.

DeSantis’ proposal also includes $53.9 million in behavioral health funding, up from $8.3 million in the current budget.

The budget also includes $32.9 million for the child welfare system, down from $117.6 million last year. Spending this year includes $53.3 million for accountability reforms and quality improvements.

It also recommends $9 million for the Office of Minority Health and Equity to develop strategies to reduce health disparities.

The state only affords $15 million to allow 306 individuals to enter the Agency for Persons with Disabilities waiver program, less than half of last year’s allotment, both in dollars and people.

Renzo Downey covers state government for Florida Politics. After graduating from Northwestern University in 2019, Renzo began his reporting career in the Lone Star State, covering state government for the Austin American-Statesman. Shoot Renzo an email at [email protected]idapolitics.com and follow him on Twitter @RenzoDowney.