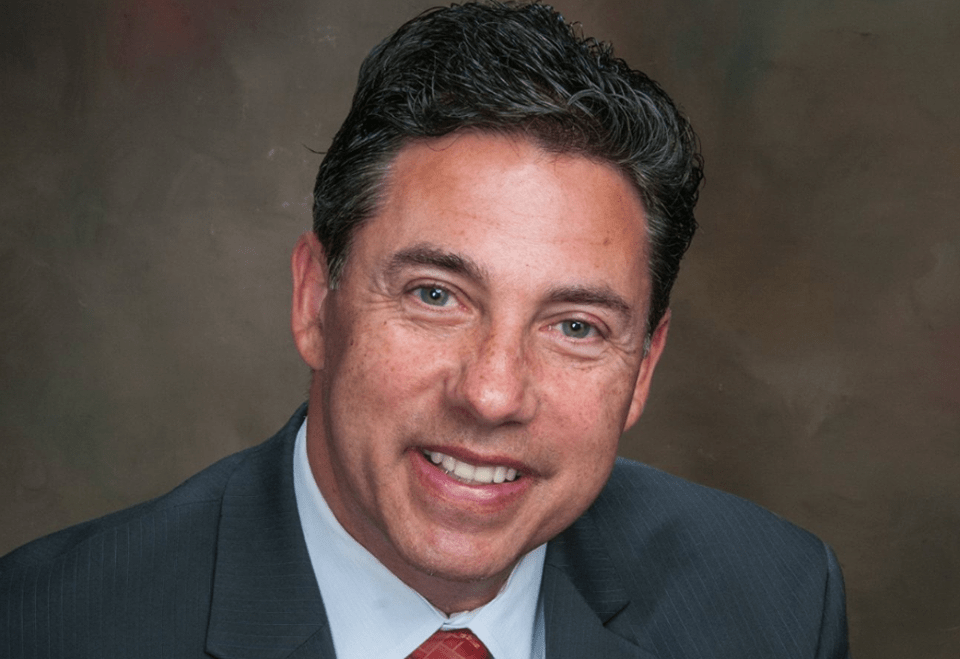 'It was very important for me to continue to help our community heal.'

It was the second student suicide in the wake of the shootings on Valentine’s Day 2018 at the Parkland high school to which Coral Springs police and paramedics had responded that claimed the lives of 17 students and teachers and injured 17 others.

Brook was no stranger to the tragedy of losing a loved one to suicide. When he was 23, his mother took her life.

The suicides following the MSD tragedy became the driving factor for Brook to start the Mental Wellness Network Alliance (MWNA) in 2019.

“As the new Mayor, it was very important for me to continue to help our community heal in light of the tragedy,” says Brook, who previously served on the Coral Springs City Commission from 2002 to 2006, as Mayor from 2006 to 2010 and was again sworn in as Mayor on March 19, 2019.

“I spent some time with them just to be a support, be an ear, give a hug and let them know I’m here if I can do anything for them,” says Brook.

It became apparent that to continue the healing, there needed to be an ongoing effort.

Brook put in calls to psychologists and mental health professionals, medical professionals, and high school student leaders to begin assembling a framework for MWNA. He secured a room at a Coral Springs Keller Williams Realty office for in-person meetings.

The first meeting attracted 60 people. Each meeting has featured different guest speakers. Brook says it has been an opportunity for people to connect in a safe way and share their stories, learn about resources and hear from professionals.

“I believe many suicides are a result of silence, a result of shame and a result of the stigma too often associated with mental illness,” notes Brook. “Nobody chooses to have anxiety, depression, be bipolar or have their child have it.

Brook has been very open about the loss of his mother to suicide as well as the anxiety and depression he endured after he lost his father a few years ago. He says he bounced back with the help of therapy, prayer and the support of family and friends.

Hundreds of people have reached out to him to express their appreciation for sharing his own story about his mother’s suicide because they are dealing with a relative who is bipolar or has attempted suicide, he says. Many of those people have become part of MWNA.

“I’m not ashamed of how I lost my mom. I’m a survivor. I live a life that I am fully present in and, very blessed about,” says Brook. “I have a hole missing my mom and having had no idea that she was depressed. She seemed a little sad, but I had no idea.”

The goal of MWNA is that mental wellness is equally vital as physical wellness, Brook says. A board has been formed for the not-for-profit organization with the goal of becoming a 501c3 in the next several months.

Brenton Wright — the father of Desir — is now one of Brook’s closest friends and is one of the vice presidents of the MWNA.

As COVID lockdowns commenced in early 2020, the MWNA meetings went virtual. While that may have presented a challenge in that the pandemic has amplified loneliness as a result of diminished human contact, it also created an opportunity, says Brook.

“We’ve been able to connect with people in Orlando and in California and people who wouldn’t necessarily be able to come to a live meeting,” he points out.

At the first MWNA virtual meeting in April, some 600 people tuned in for a Facebook Live event. The first Zoom meeting drew 110 participants. Subsequent meetings attract 20 to 50 people.

A recent virtual meeting featured Dr. Anna Lembke, a psychiatrist who is chief of the Addiction Medicine Dual Diagnosis Clinic at Stanford University and a specialist in the opioid epidemic in the United States. She appears in the 2020 Netflix documentary ‘The Social Dilemma.’

“Together with a lot of community leaders, we’re here to break the stigma, impact people’s lives in a positive way and encourage people to seek help,” says Brook. “We’re hoping to raise enough money to actually help people get help and not just promote advocacy and education.”

One of the challenges in people seeking help is not having enough money to even afford a copay, notes Brook.

“It would be great if insurance allowed for a certain number of sessions to be no copay and that would be an encourager to at least start,” he adds. “We happen to be lucky in Coral Springs. Any city employee who gets therapy, there is no copay.

“We encourage other employers and health insurance companies to support the idea that for at least X number of sessions — if not every session for mental health — it would be no copay. If somebody has mental wellness, they are much more likely to have physical wellness.”

On the heels of the second anniversary of the MSD school shootings in 2020 came an intersection of events: the COVID-19 pandemic and its associated economic challenges, an increase in political divisiveness and civil unrest.

“There also has been a mental health crisis because so many people that have already experienced anxiety or depression have had exacerbated symptoms during COVID at a time when so many people are disconnected,” Brook says.

In an effort to mitigate that, Brook has been connecting people through virtual meetings, not only with the MWNA but with other groups with which he is associated.

“As the Mayor, I’ve had a dialogue about all of the crises we’ve experienced with a focus on solutions,” he says. “I’ve had three or four extended office hours during the pandemic to connect, to reach out to people, and be accessible to my citizens.”

Any one of today’s many situations would be a challenge for any Mayor.

In addressing how he’s taken care of himself so he can continue his leadership and be of service to the Coral Springs community, Brook says he is taking care of himself through remote work — not necessarily from home, but from travels to Naples, Marco Island, Islamorada and North Carolina.

“I’ve been on multiple trips and taking meetings virtually,” he says. “One of the great ways that I’m taking care of myself is I’m having peace in different beautiful places while still getting some work done. As I tell my staff, it’s really a ‘fake-cation’ because about half the time I’m working either as Mayor or as an attorney and I love it.”

Brook also started doing CrossFit and yoga after the onset of the pandemic. He plays racquetball two or three times a week.

“I get a lot of exercise and it’s great for my body and my mind. I also journal every day,” he says.

Mayors might do well to have discussions with their city managers regarding the mental health of city staff.

“I’d ask those kinds of questions and encourage openness, transparency and solutions like our city is doing. Maybe ask the city managers if there is any way to have a health insurance plan for employees where there’s no copay.”

While the MWNA is not a city-sanctioned initiative, as a Mayor, Brook sees the value in such organizations and advises other Mayors and elected officials to be on the lookout in their communities for opportunities to create change in mental wellness.

“At this point in the COVID pandemic, I would encourage every Mayor in our state and across the country to host a ZOOM roundtable to talk about mental wellness,” he says. “Mental illness seems a lot more taboo as a discussion than mental wellness.

“And in that discussion, talk about mental illness, have a couple of professionals share, and especially if a Mayor has had to deal with anxiety or depression or some other mental illness themselves or in their family, being open and transparent about it could help so many people in their community.”

Brook says he is open to helping other Mayors form a similar mental wellness networking alliance and encourages people to get in touch with him through the Mental Wellness Networking Alliance on Facebook.

“I want to do whatever I can to help break the stigma in the nation,” he says. “I’d be happy to partner with any Mayor.

nextVirus may never go away but could change into mild annoyance