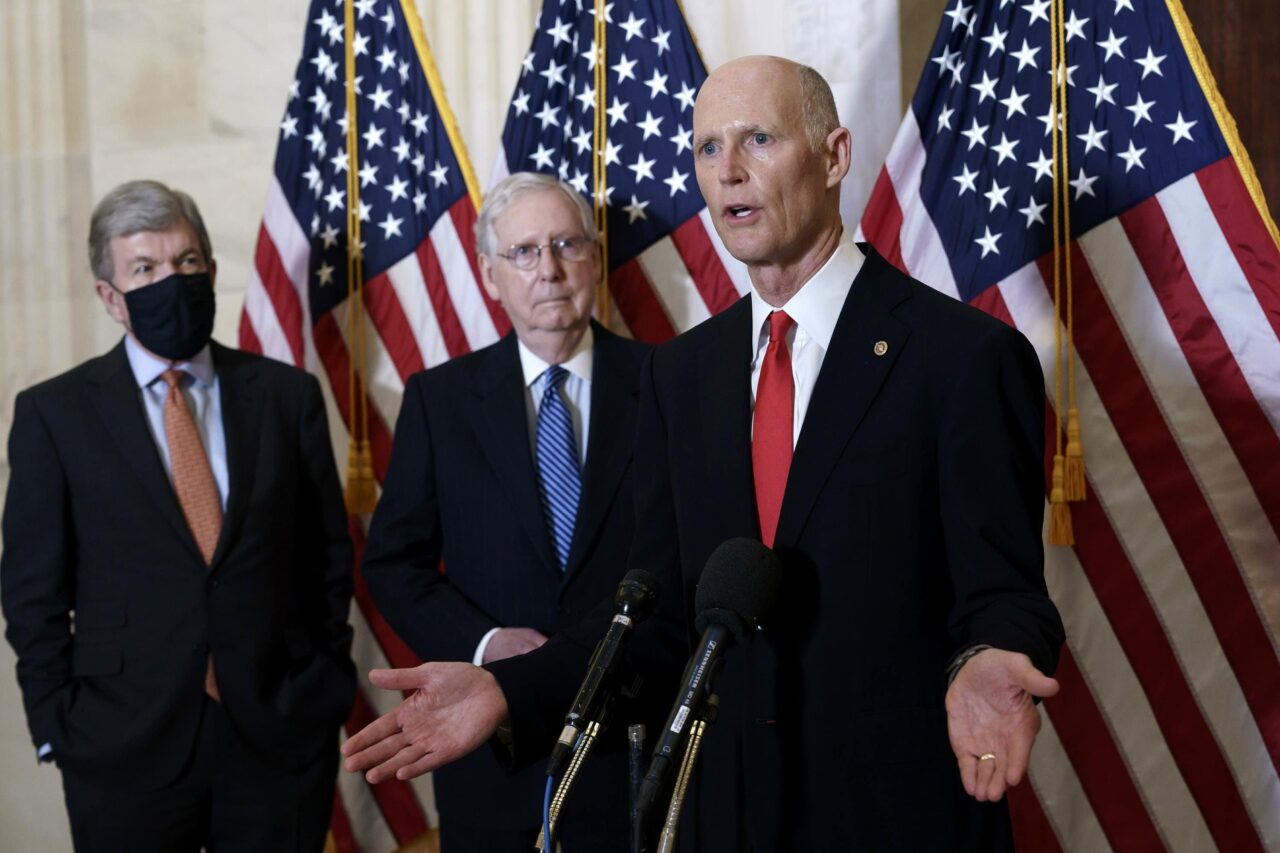 Sen. Rick Scott is requesting detailed information about the Biden administration’s vaccine rollout plan, as stated in a letter sent to Health and Human Services Secretary Norris Cochran on Saturday.

In the letter, Scott writes that he wants more transparency about the President’s plan to administer 1.5 million shots a day in coming weeks, and the goal to give 150 million vaccinations over the next 100 days.

Scott asks specific questions in the letter regarding the vaccine rollout, and requests that HHS move quickly to provide more certainty to local elected officials and communities about vaccine distribution.

“There is still confusion when it comes to the vaccine rollout, and it is clear more needs to be done so that Americans have all available information,” Scott writes. “My office has heard from several local elected officials and communities that are requesting more certainty in vaccine distribution so they can communicate expectations to the overwhelming amount of constituents eager to receive a vaccine.”

The Florida Senator asks Cochran to provide details on changes the agency plans to make at the federal level to speed up vaccine distribution. He also inquires if the plan will need the approval of the Janssen Pharmaceutical and AstraZeneca vaccines to be successful in its rollout.

Scott also asks about the Pfizer and Modern vaccines.

“Are the Pfizer and Moderna vaccine production lines at capacity? Do you plan to expand their production capacity? If so, how and how long will it be until that happens?”

More questions from Scott include how HHS will communicate with state and local governments, as well as how HHS will distribute vaccinations based on priorities, for example, if states with more senior residents will be prioritized.

“The Trump Administration made tremendous progress when it comes to vaccine development, and your work to get the vaccine out moves us closer to our goal of providing a vaccine to every American that wants one,” Scott wrote in his letter. “We are not going to be successful in combatting the coronavirus until that goal is met, and we all have to work together to tackle this immense challenge.”

As far as Florida leadership, Gov. Ron DeSantis challenged the Biden White House on Tuesday regarding vaccine distribution, saying that more doses were needed and rejecting the narrative that his administration wasn’t doing enough. DeSantis rejected claims the state had only administered half the vaccines provided.

Those comments came a short time after the Governor’s claim in Jacksonville that Florida was at the “mercy” of the federal government regarding vaccine supplies. DeSantis, who has not demonstrated any outreach to the new administration, urged seniors to pressure their representatives in Washington and the Biden administration.

In Florida, 1,605,995  individuals — consisting of seniors and health care workers — have been vaccinated. Of those who have received a vaccination, only 273,249 have completed the series.

previousChecked by reality, some QAnon supporters seek a way out