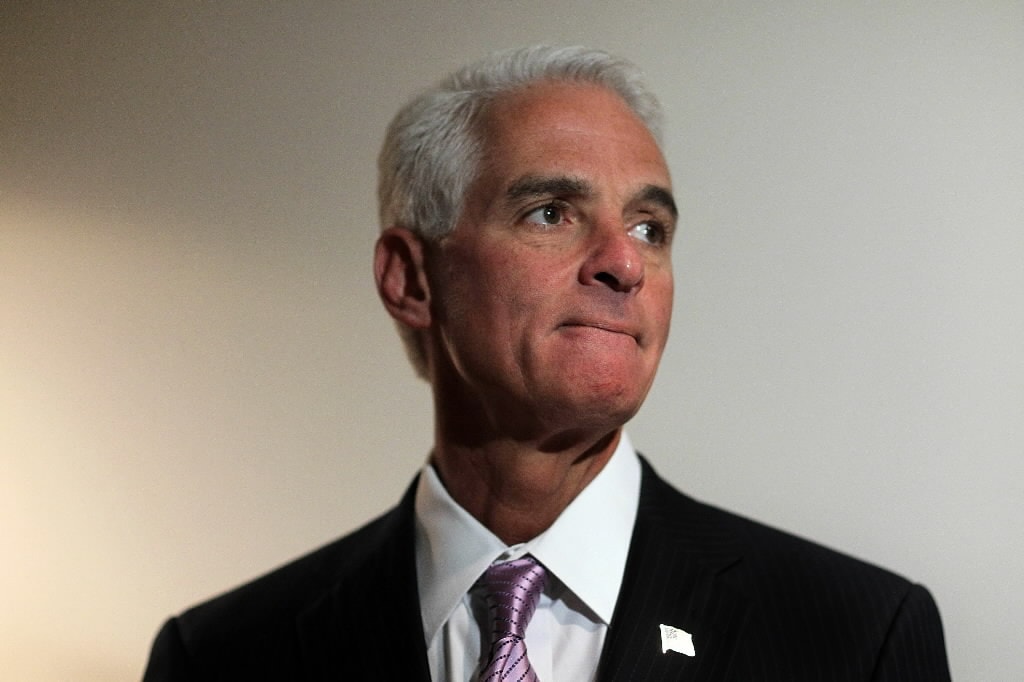 Crist says he's only considering it, but he already sounds campaign ready.

He’s been there before, as a Republican, now U.S. Rep. Charlie Crist is again contemplating a return to the Governor’s Mansion, for the second time as a Democrat.

Speaking with Jim DeFede on “Facing South Florida” on CBS Local in Miami, Crist said he was disappointed in Gov. Ron DeSantis’ job performance, particularly related to his response to the COVID-19 pandemic and vaccine rollout, or, as Crist called it, the “non-rollout.”

“It’s as if there was no plan in place, and I don’t believe that there was. It’s not as if Jim, that this was a surprise that the vaccine was coming,” Crist said. “You know it’s coming. You’ve got to be prepared.”

That’s why Crist is not ruling out challenging DeSantis next year.

“I’m focused on dealing with the COVID crisis, the economic crisis, helping the (Joe) Biden administration get on their feet and move well and make it so that less people are dying and more people can be employed in a good way, develop infrastructure,” Crist said.

“But if you ask me, have some people suggested that I should contemplate potentially running for Governor next year? Yes, they have. While it doesn’t get much of my attention in my brain right now, it is something that I would be open to.”

But Crist took on a tone that sounds more like he’s already campaigning than one that would express mere curiosity.

Asked how he would approach a likely tough primary as a former Republican against a more progressive candidate, Crist already had talking points ready.

“Law enforcement is something we have to fight for,” he said.

That’s a reference to the defund the police movement afoot throughout the nation, an ill-chosen slogan to describe those who want to reallocate some law enforcement spending to other services like mental health and social services.

While it’s a move that could benefit law enforcement by taking some burdens from them and placing them with more appropriate entities like social service networks or homeless advocacy groups, the movement has drawn significant scorn for its implication that police be stripped of their ability to protect and serve or eliminated entirely.

Democrats statewide took a beating in the 2020 election cycle, many hobbled by claims they were siding with socialist agendas buoyed by the “defund the police” movement.

Crist’s comment Sunday shows should he run for Governor next year, he’s already distancing himself from the issue. He reiterated his support for law enforcement before pivoting to issues progressives could get behind, like the environment and supporting teachers.

“I love the environment; we need to protect it. If we don’t, it hurts us economically,” Crist said. “I fought for teachers as Governor before. … These are the kind of things I think Floridians want. That’s why I’m opening my brain to the idea a little bit more.”

Crist would face a lot of challenges. Republicans hate him for dumping the party and, as a former Republican, he doesn’t pass many Democrats’ purity test.

Still, even before Crist was asked about the Governor question, he already sounded like a man on the campaign trail.

Speaking about former President Donald Trump‘s upcoming impeachment trial, Crist showed at least a willingness to call it off.

“If it’s an effort in futility, then what’s the point? And so, if it becomes more and more clear Jim, that would be the case, then it’s probably not good for the country,” he said.

Crist said he voted for impeachment because it was the “right thing to do.”

While stopping short of saying the trial should be called off due to lack of support from enough Republicans needed to convict Trump, he did display doubt that the numbers would be there. But he said a trial, as in a court of law, could uncover new facts and information to sway Republicans who may still be on the fence.

Still, he questioned whether members of the GOP would vote based on facts or loyalty. That, Crist said, “remains to be seen.”

previousSunburn — The morning read of what’s hot in Florida politics — 2.1.21