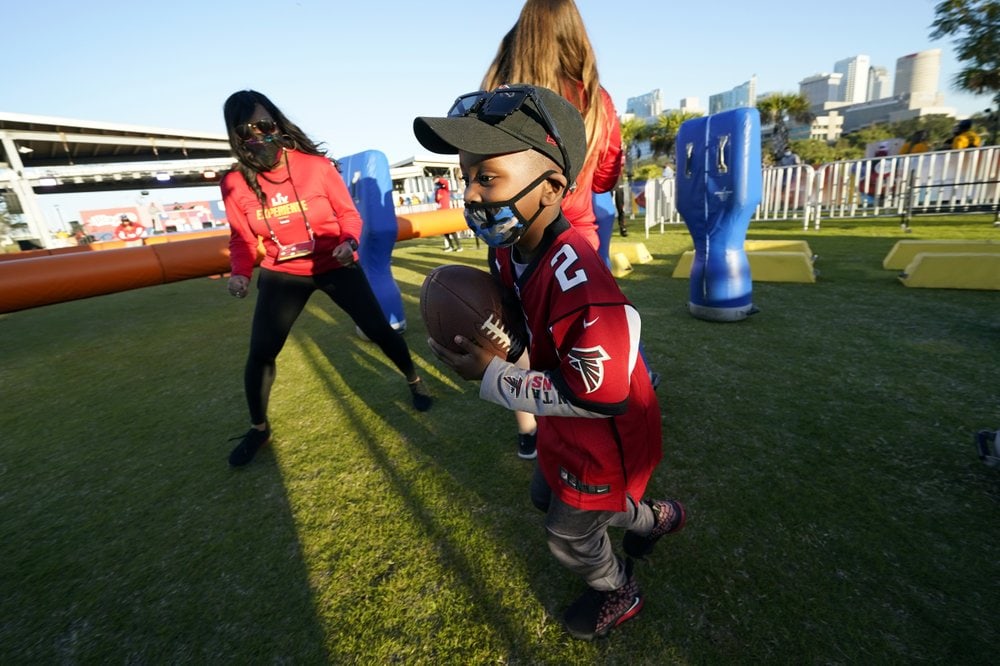 From fireworks to murals, there are plenty of ways to celebrate safely.

The NFL Super Bowl experience is sold out. But, there’s still plenty going on around Tampa Bay to celebrate this year’s historic game, the first-ever championship to feature the home team.

Here are several ideas from the Tampa Downtown Partnership on how to celebrate the Super Bowl:

CBS Sports will be broadcasting live from Tampa’s Armature Works Pier and West Lot in the days leading up to the Super Bowl through the big game. Visitors can watch the broadcast from behind the fence line while the CBS announcers and guests go live.

Tampa Bay has set up a variety of photo ops across the city to celebrate Super Bowl LV. Snap a pic in front of the large #LV sign at Curtis Hixon Park or capture a photo with the oversized football helmet at the Riverwalk Technology Village.

The Tampa Bay area is full of safe, socially distanced restaurants and bars with plenty of outdoor space. The Tampa Downtown Partnership recommends enjoying a drink at Four Green Fields in Curtis Hixon Park or checking out the boats and yachts parked along the river for the Super Bowl at Anchor and Brine at Tampa Marriott Water Street. More dining locations are listed here.

Watch the Jose Gasparilla pirate ship in downtown from the Tampa Convention Center on Saturday night for a celebration filled with fireworks and a laser light show. The shows will take place at 6:55 p.m., 7:55 p.m., 8:55 p.m. and 9:55 p.m. Also, make sure to check out the pirate ship itself, which will be covered with 150 custom flags representing all 32 NFL teams.

Take a tour of Tampa’s murals.

Tampa’s downtown features more than 55 vibrant and colorful murals. Take a stroll through downtown to view and capture the artwork. Take a photo and post using the hashtag #TampasDowntown to showcase the artwork. Here’s a guide to the murals.

While enjoying the Super Bowl festivities, remember that masks and social distancing are required. Mayor Jane Castor has issued an executive order (2021-07) that identifies the locations within the city as “Event Zones” and “Entertainment Districts” where masks are required, including outside.