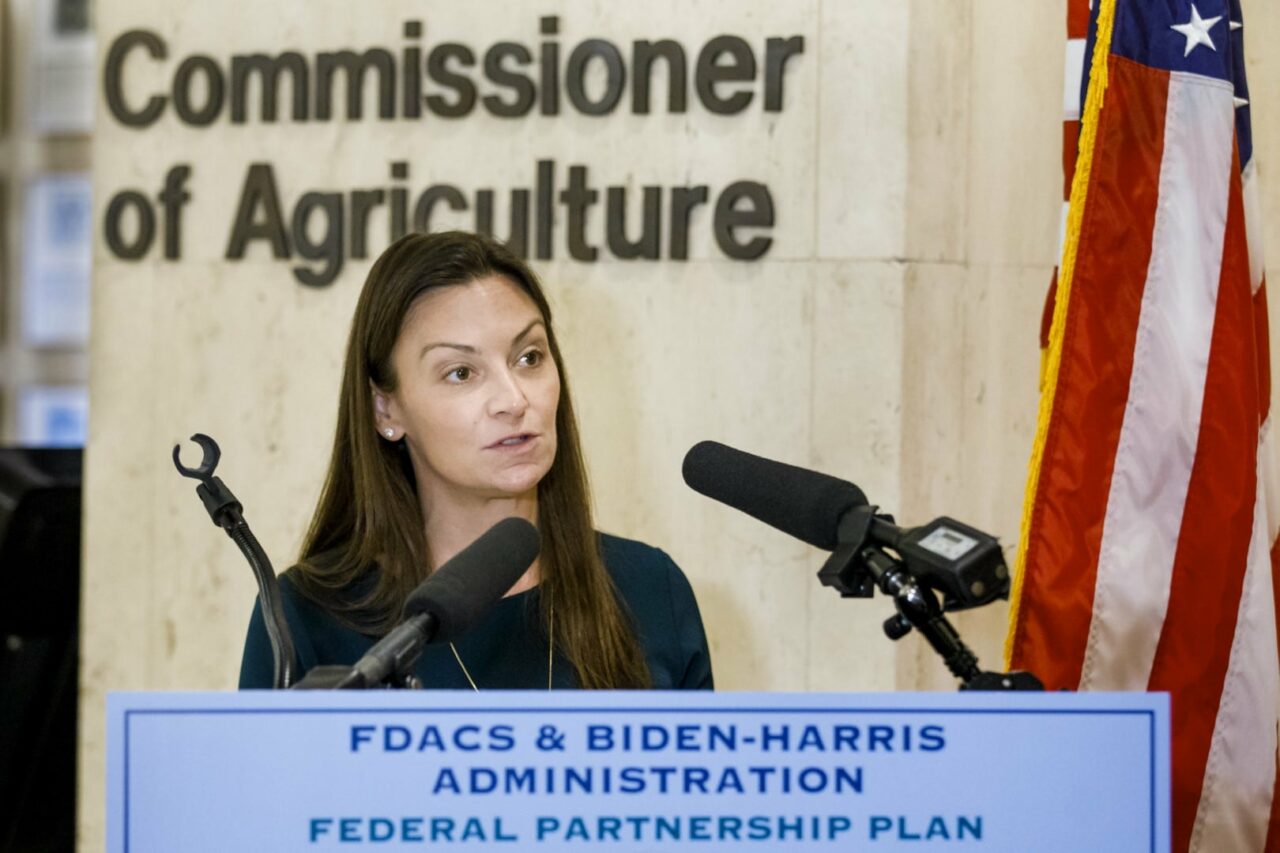 The new team members will report to Director of Communications Franco Ripple.

“Communicating all the ways in which our department helps keep Florida growing – promoting our $137 billion agriculture community, protecting our consumers from scams, fraud, and abuse, advocating for energy efficiency and cleaner water, ensuring our children are fed at school, and touching the lives of Floridians every day – is so important,” said Fried said in a news release.

Sutherland joins the department after serving as the Deputy Director of Communications in the Florida House Democratic Caucus Office of the Minority Leader where she previously served as a legislative policy analyst.

She began her work in the Legislature as a journal editor in the Florida House.

Sutherland speaks three languages, and has served as an adjunct professor and language instructor at the Florida State University, Troy University and Central Texas College, along with other teaching experience. She has earned her bachelor’s and two Master’s degrees from the FSU.

Casado, who will be based in Miami, will spearhead the department’s outreach to statewide Hispanic media. She most recently served as regional press secretary for the Biden-Harris presidential campaign in Florida.

She has also served as a senior producer for TV Venezuela in Miami and as chief editor of International News for Glóbovision in Caracas, Venezuela.

She earned her bachelor’s degree from the Universidad Santa Maria in Venezuela, as well as a Certificate in News, TV and Radio from Universidad Central de Venezuela.

Solomon serves as the governance and media production coordinator at the Greater Tallahassee Chamber of Commerce, working as multimedia point person on numerous digital, video and social media initiatives.

She has also served as lead videographer and editor at Unique Video Creations in Tallahassee, and previously worked in the Panama City office of former U.S. Rep. Gwen Graham, providing constituent services and in-district media relations and video.

She began her career as a general assignment reporter for WMBB-TV, the ABC affiliate in Panama City, where she covered the station’s county government beat. She earned her bachelor’s degree from the University of West Florida.

“Natasha, Maca, and Sarah each have deep professional experience, profound creative vision, and a great appreciation for the various missions of FDACS, and I’m excited to welcome them to our team sharing our work for Floridians with the state and nation.”

The FDACS Office of Communications provides news on programs, policies and initiatives of the department, covering the 19 divisions of the $1.7 billion state agency.