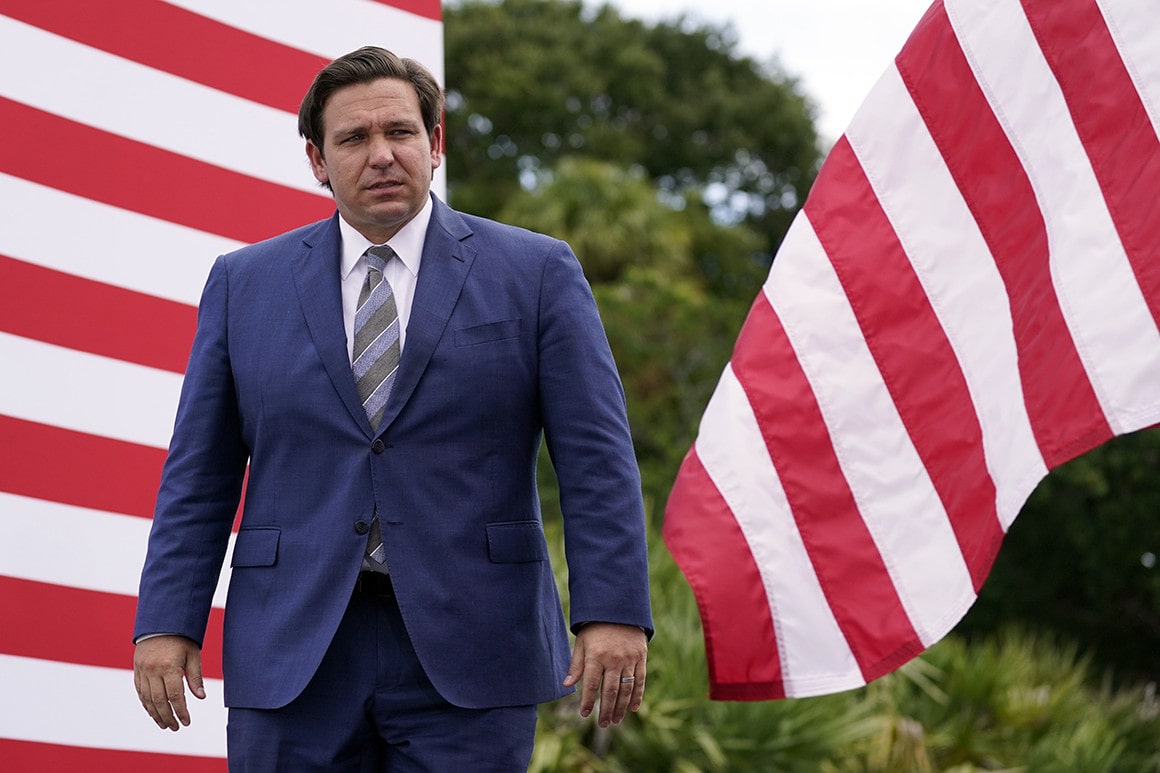 'Special interests' and 'hysteria' are to blame.

Florida’s Governor was an early and enthusiastic advocate of reopening schools during the pandemic when many other states shied away.

In Venice Wednesday at a press conference, Ron DeSantis mocked people in other states who haven’t been able to figure out how to reopen their physical facilities as Florida controversially did months ago, saying that the failure to reopen physical schools is a “national disgrace.”

“The fact that you’re going to have schools that are going to be closed for this entire school year and probably even into the fall is a national disgrace,” DeSantis said, offering unsolicited editorial comments as part of longer remarks on the coronavirus and vaccinations.

“I watch what is going on in our country and it’s like ‘oh, well, after 100 days we will have — maybe — half the kids can go to school for one day’ and I’m like ‘we’ve been open the whole time for schools,” the Governor said.

“We’ve been open since August. In person. Every parent has a right to send their kid in person. The vast majority exercise that right. And the ones that didn’t, who did virtual, many of them immediately tried to get their kids in in-person,” DeSantis added.

The Governor was triumphant, contending “Florida led on education.”

As other states wrestle with when and how to move students back into schools, DeSantis has long since moved on, a stance that he clearly bets will be refreshing to people working and living in more restrictive environments. As he mulls a political future on the national stage, expect more compare-and-contrast declarations of success along these lines.

In July, Education Commissioner Richard Corcoran issued an emergency order requiring schools to reopen in August for in-person classes. Though the order was met with pushback from teacher unions, their court challenge ultimately failed.

In the months since, evidence has shown that in-person learning is safe so long as transmission rates are low and students, faculty and staff wear masks and are vigilant with sanitization.

President Joe Biden, a Democrat, also supports school reopenings. He has pledged to reopen a majority of elementary and middle schools by the end of his first 100 days in office, though his plan is less ambitious than the DeSantis administration’s — the White House goal is for more than 50% of those schools to be open for in-person instruction “at least one day a week.”