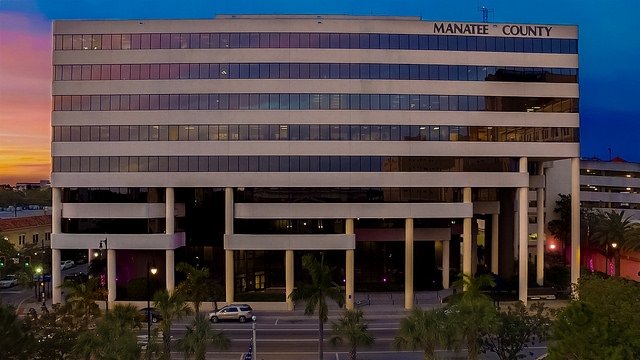 Manatee County Administrator Cheri Coryea has began severance negotiations and will leave her post by the end of the month. Already, there’s a list of notable figures in the region ready to fill her job on an interim or permanent basis.

Former Sarasota County Commissioner Charles Hines seems a board consensus to fill the post on an interim basis, but at a meeting on Tuesday, commissioners offered other names for consideration including Manatee County School Board Chair Scott Hopes and former Manatee School Superintendent Rick Mills.

Commissioners will next discuss the matter on Feb. 23, when County Attorney William Clague hopes to bring a negotiated and amicable termination agreement with Coryea. That would end months of turbulence over the county’s top executive, something that started immediately after newly elected commissioners took office and would ultimately lead to the public revelation that one of those politicians was having an extramarital affair.

As for the short term, Hines said he doesn’t want to make any presumptions about whether he will take the interim county administrator position. But he did say after serving on the Sarasota County Commission he wants to work again in government. Hines left office in 2020 after term limits prevented him from seeking reelection.

“I put it out to a lot of people that if there was a position somewhere where my knowledge and skillset may fit, let me know,” he said.

Hines said he understands the fine balance between letting a board set policy but also having the initiative to  ensure the county government continues to operate smoothly. And as a county commissioner, he also saw three separate administration transitions, and believes that experience would be useful as Manatee County conducts a national search.

Notably, Hines wasn’t the only local politician named as a possible replacement for Coryea at a Tuesday meeting.

County Commissioner Kevin Van Ostenbridge suggested Hopes could do the job. Hopes said he would like the opportunity.

Hopes noted he has served in a variety of private and public sector positions and lives in Manatee County. A veteran of former Gov. Jeb Bush’s administration, Hopes was originally appointed to the School Board by former Gov. Rick Scott and later won countywide reelection. And he brings experience as an epidemiologist as the county navigates a pandemic.

He has told commissioners he would like to sign on to a one-year agreement and see where things go after that. It’s possible that will come up later as the county begins a search for a permanent manager.

“I understand how government works and how to improve it,” he said.

He has explored the possibility enough personally to confirm with the Ethics Commission he won’t be required to resign his part-time School Board seat to work for the separate government, but acknowledged that if he got that job he would likely need to leave that position at some point.

Mills’ name was raised by Commissioner James Satcher, who said he would like that name still under consideration as the board considers a permanent replacement. He objected to moving too quickly to naming an interim manager.

previousLast Call for 2.10.21 — A prime-time read of what’s going down in Florida politics