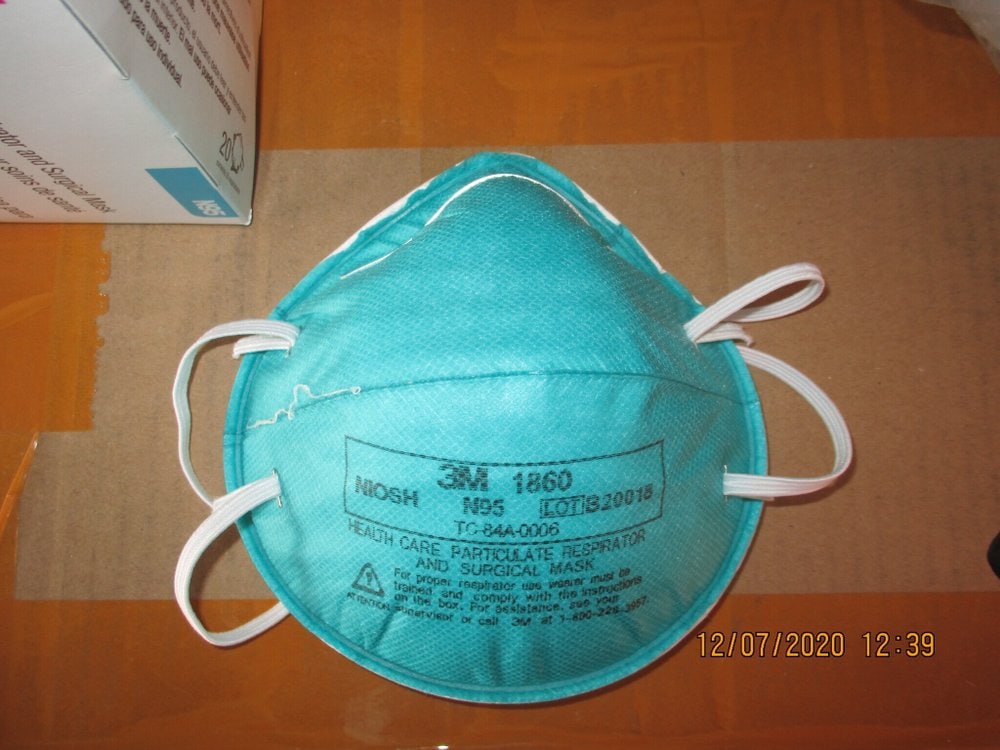 This comes as a result of an ongoing investigation into counterfeits.

Federal agents have seized more than 10 million fake 3M brand N95 masks in recent weeks, the result of an ongoing investigation into counterfeits sold in at least five states to hospitals, medical facilities and government agencies.

The most recent seizures occurred Wednesday when Homeland Security agents intercepted hundreds of thousands of counterfeit 3M masks in an East Coast warehouse that were set to be distributed, officials said.

Investigators also notified about 6,000 potential victims in at least 12 states including hospitals, medical facilities and others who may have unknowingly purchased knockoffs, urging them to stop using the medical-grade masks. Officials encouraged medical workers and companies to go to 3Ms website for tips on how to spot fakes.

“Not only do they give a false sense of security, how dangerous is the exposed individual without any protective gear? They have no utility whatsoever,” Homeland Security Secretary Ali Mayorkas said of the fake masks.

The masks do not come through 3M’s regular distributors, they come from outside the normal supply chain, officials said. But hospitals and medical groups have increasingly gone around normal purchasing routines during mask shortages in the global pandemic, officials said. They said the scams are taking advantage of the panic over masks.

Homeland Security officials would not say which states the phony masks were sent to, but said criminal charges would be forthcoming.

The phony masks are not tested to see whether they meet strict N95 standards and could put frontline medical workers at risk if they are used while treating patients with COVID-19.

Nearly a year into the pandemic, fraud remains a major problem as scammers seek to exploit hospitals and desperate Americans. Federal investigators say they have seen an increase in phony websites purporting to sell vaccines as well as fake medicine produced overseas and scams involving personal protective equipment. The schemes deliver phony products, unlike earlier in the pandemic when fraudsters focused more on fleecing customers.

3M, based in Maplewood, Minnesota, is among the largest global producers of the N95 mask, which has been approved by the U.S. National Institute for Occupational Safety and Health. It is considered the gold standard in protection against the coronavirus. The company delivered some 2 billion N95 masks in 2020 as the pandemic intensified, but in the earlier months, when masks were in short supply, fraudsters took advantage.

So far during the pandemic Homeland Security Investigations has used its 7,000 agents, along with border officials, the Food and Drug Administration and the FBI, to investigate the scams, seizing $33 million in phony products and arresting more than 200 people. The effort is based at the National Intellectual Property Rights Coordination Center, a government watchdog aimed at enforcing international trade laws and combating intellectual property theft.

Over the past two weeks, federal agents have executed search warrants and seized masks in five different states, and more action is expected. But phony masks have already made it to front-line workers in other cases.

3M has been dealing with increasing instances of fraud. Over the past year there has been more than 1,250 raids by law enforcement resulting in the seizure of millions of fake masks. The company has filed more than a dozen lawsuits over reports of fraud, counterfeiting and price gouging.