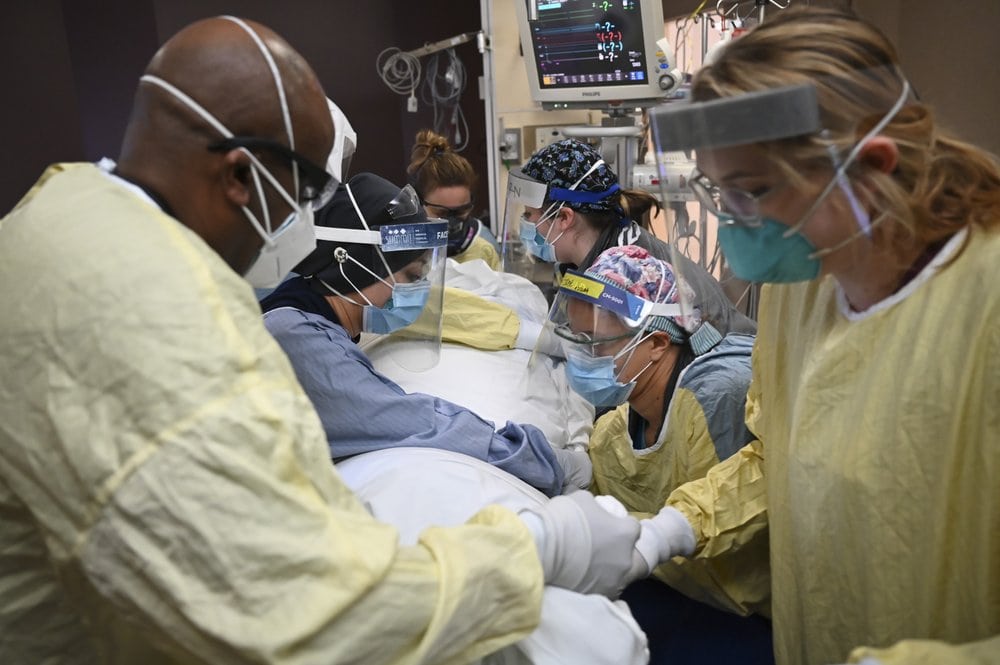 A bill to grant liability protections to health care providers is on its way through the committee process after nearly two hours of discussion during its first hearing.

The proposed committee bill (PBC HHS 21-01) would help shield nursing homes, hospitals and physicians from coronavirus-related lawsuits that make a “good faith effort” to protect patients. The House Health and Human Services Committee, where the bill originated, advanced it on a 17-3 vote, with three Democrats breaking ranks.

The proposal is part two of the House’s liability protections plan. The first bill (HB 7) — granting protections to most businesses, nonprofits, schools and religious institutions — is ready for a vote on the House floor when Session begins in March.

Rep. Colleen Burton, the Health and Human Services Committee Chair, told her committee the bill would protect health care providers from frivolous lawsuits while giving victims of negligent behavior an avenue to seek restitution. Keeping safe and following changing guidelines is daunting for the public, and more so for health care providers, the Lakeland Republican added.

“These health care heroes are on the front line and must not only care for themselves, but also potentially vulnerable patients and residents,” Burton said. “They have done so day-in and day-out for the last year, oftentimes without adequate PPE and while experiencing staffing shortages.”

The bill protects health care providers if a jury finds that they made a “good faith effort” to protect patients. It also increases the liability standard from negligence to gross negligence and the standard of proof from a preponderance of evidence to clear and convincing.

A one-year statute of limitations and a one-year sunset are an effort to constrain the “extraordinary protections” to issues arising only from the pandemic.

“Hopefully the pandemic will be over within the next year,” Burton said. “But if not, we have the opportunity to reenact the act prior to its repeal.”

The liability protections are also retroactive to the start of the pandemic, which elicited concerns from Tallahassee Democratic Rep. Allison Tant. She feared passing the bill could impede pending court cases against an intermediate care facility in her hometown that she said was responsible for 72 COVID-19 deaths, leading to her no vote

“Is all that just going to get washed away under this bill?” Tant asked.

The bill does not address delayed COVID-19 diagnoses, as Tampa Republican Rep. Traci Koster asked, but Burton implied that she would be open to amendments to include those.

LeadingAge Florida president Steve Bahmer, whose organization represents more than 500 facilities and more than 140 business associates that are home to more than 80,000 seniors, emphasized the changing directives health care providers had to meet often while lacking PPE.

The Florida Justice Association, a group that represents trial attorneys, and the Florida AFL-CIO opposed the measure. AFL-CIO lobbyist Rich Templin said the bill does nothing to protect health care workers who the Legislature has championed as heroes.

“This bill isn’t for them,” Templin said.

When committee Vice Chair Michael Grant, the Port Charlotte Republican that was moderating the discussion, asked DeVane to wrap her comments to get to the next speaker, she expressed her frustration with the process.

“We’ve had a lot of presenters on the other side, and only a few of the side of the residents,” DeVane said.

St. Petersburg Rep. Michele Rayner, a civil rights attorney and one of the Democrats who opposed the bill, said she doesn’t believe the legislation is designed to protect corporations. However, she said she is still concerned about the increased standards placed on plaintiffs and juries.

William Large, president of the Florida Justice Reform Institute, told the committee that there are 53 court cases related to COVID-19, nine of which are against health care providers. Still, he suspects that number could be much higher because it is impossible to search notices of intent.

That drew concerns from Jacksonville Democratic Rep. Tracie Davis, who emphasized the fact that the state is writing legislation pertaining to an unknown number of cases.

Four of the seven Democrats on the committee supported introducing the proposal as a bill, based on Burton’s assurances that she will keep an open door and work with lawmakers who have concerns.

Rep. Christopher Benjamin, an attorney from Miami Gardens, was one of the Democrats who voted in favor of the bill. After the meeting, he cited Burton’s commitment to continue to work with members.

“What people like to do in this process is hope that as it travels through the committee process that they will allow improvements,” Benjamin told the News Service of Florida. “So we let it go forward so maybe in the next committee … they will tag on an amendment or two because they listened between meetings to what the people were saying. If that doesn’t happen, my yes vote may become a no vote.”

The Senate has introduced a bill (SB 74), carried by St. Petersburg Republican Sen. Jeff Brandes, to provide immunity to health care providers, but the bill is not identical to the House proposal. That bill was temporarily postponed in its first committee earlier this week after the Senate Judiciary Committee ran out of time to discuss it.