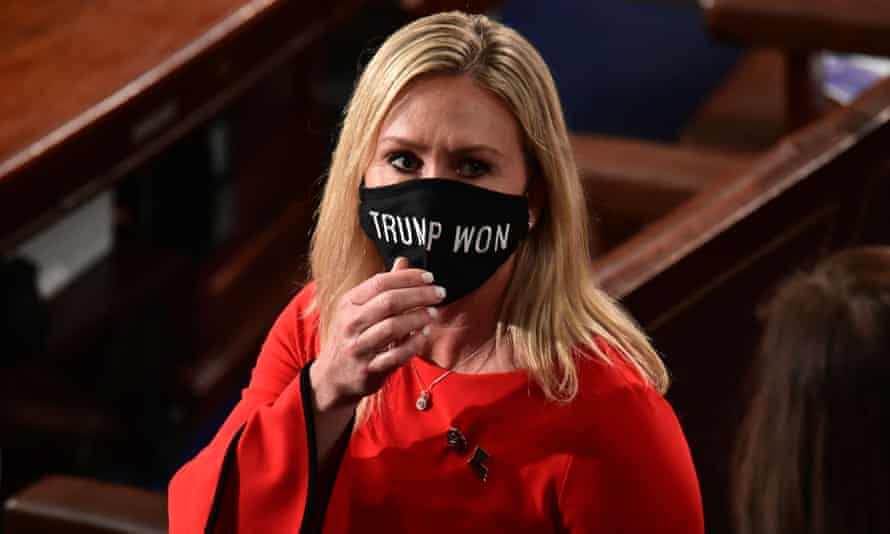 She deserves to be booted out of Congress. Yet, she’s not the only person who must be held accountable.

She deserves to be censured and booted out of Congress. Yet, she’s not the only person who must be held accountable for the rise of hate and intolerance in our national conversation.

Major social media platforms like Facebook and Twitter have long tolerated and even profited from inflammatory and dangerous rhetoric. These companies established a mechanism through which Taylor Greene and too many others have been able to grow an audience, recruit new adherents, and build a level of power and influence that represents a real danger to our democracy.

Taylor Greene attracted a large following by using social media to endorse conspiracy theories claiming that the Parkland, Sandy Hook, and Las Vegas mass shootings were staged false flag events. She even claimed 9/11, which we all watched as it happened, was a lie supported by a conspiracy. She indicated support for executing Nancy Pelosi and other prominent Democrats in Congress, endorsed a conspiracy on Facebook claiming that “that former Secretary of State Hillary Clinton was videotaped murdering a child during a satanic ritual” and penned a conspiracy theory on Facebook claiming “that a laser beam from space started deadly 2018 California wildfire.”

The truth is, until our country grapples with the ways in which the current social media environment incentivizes the loudest and most outrageous speech — speech that often puts all Americans and especially marginalized communities in physical danger — we will not be able to solve the problem that Taylor Greene represents. Instead, we’ll be inundated with more extremists in positions of power and influence.

The extremist rhetoric shared online has radicalized millions and pushed some to cause violence and harm in the real world. Social media companies like Facebook and Twitter knowingly create echo chambers that perpetuate and reward hate with greater engagement and clout. They deliver large audiences to extremists, some of whom are now in the halls of Congress. Others have attracted significant online followings and levels of devotion that have resulted in the murder of innocent victims or future threats of violence.

In 2019, hate crimes reached their highest level in more than a decade, as our country registered the highest number of hate-motivated killings since the FBI began collecting data. And unfortunately, we too are not strangers to the consequences of what Apple CEO Tim Cook recently described as “a theory of technology that says all engagement is good engagement.”

One of us became a target of toxic disinformation and online threats immediately following the shooting in Parkland, Florida, and in March 2020, a 22-year-old man was sentenced to 66 months in federal prison for cyberstalking and sending kidnapping threats to families of the victims in the Parkland, Florida, school shooting. The other is regularly the subject of homophobic and anti-Semitic slurs online, hateful comments on the accounts of his family and friends, and the recipient of violent emails that encourage his death. All this because we use our democratic system of government to advocate for the policies and investments necessary to build safer communities for us all?

The good news is, Americans across the country and a growing number of lawmakers have come to understand the imperative of addressing the digital structures that allow extremists to meet online, build community, and cause such great pain and danger to those with whom they disagree. They understand that after years of permitting — and in some ways helping — conspiracies proliferate online, the recent actions by companies like Facebook and Twitter to de-platform the most problematic accounts are too little, too late.

If we are serious about addressing the root causes of the extreme radicalization of our politics and preserving our nation’s democratic principles, then we must call on our leaders (in the new Congress and administration) to finally hold platforms accountable for permitting extremists to organize on their sites and exploit their digital algorithms to grow their audiences.

Simply put, if we don’t push for the structural reforms we need today, we may see more Marjorie Taylor Greenes in Congress tomorrow.

Igor Volsky is the Executive Director of Guns Down America Action Fund and the author of Guns Down: How To Defeat The NRA And Build A Safer Future With Fewer Guns.