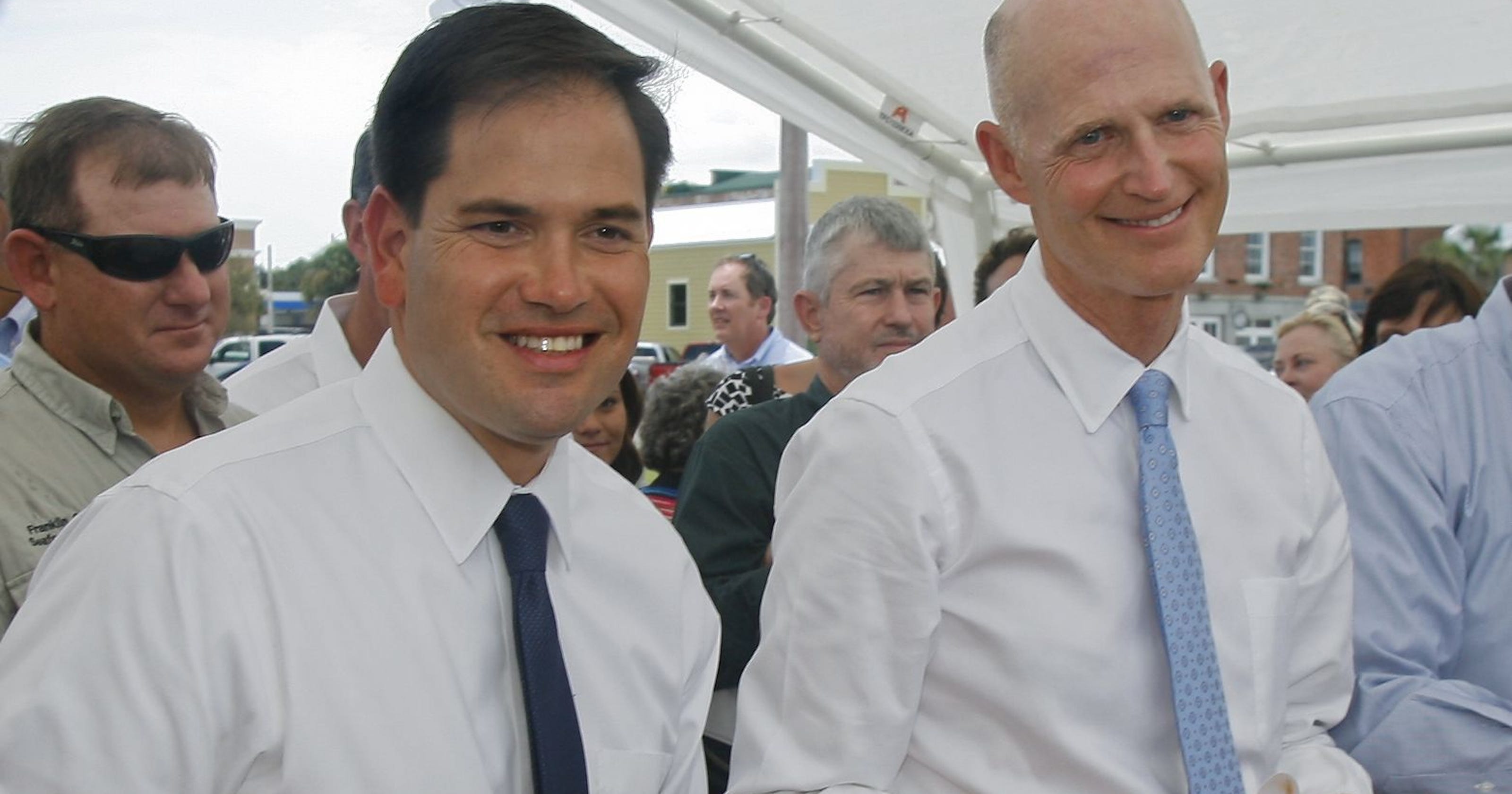 Supporters of Donald Trump plan to protest outside the homes of both of Florida’s Republican U.S. Senators. Their demand? Reject the Electoral College totals that show Joe Biden won the race for President.

“Peaceful protests” will be held Saturday outside Sen. Marco Rubio’s home in Miami at 1:45 p.m. The same day, a similar rally will be held on a public beach behind Sen. Rick Scott’s Naples home at 2:45 p.m.

“The message we are trying to relay is that we want our elected officials to hear us not only as their voters but as Americans with real concern that our votes are being disenfranchised due to the wrongdoings and lack of security in other states,” said Josh Sapienza, a Cape Coral activist. “That being said, we demand our Senators to stand up for us as Floridians and Americans, and if they will not, we want to make it very clear that they will not receive our votes again.”

Organizers promoting the events through the website Enough2021.org say throwing out the results is the only way to save a stable American democracy. Critics, of course, see the rallies as advocating the exact opposite through the invalidation of a legitimate election.

Liv Coleman, a University of Tampa political science professor involved in Democratic politics, said these rallies only serve to undermine confidence in democracy.

“The election is over, and the outcome is not in doubt,” she said. “At this point, the movement only degrades the democratic process by eroding the legitimacy of the election and ability for Biden to govern. There is no evidence of widespread fraud, and Trump’s legal team has not presented any in court.”

The Electoral College results, which met in December and made Biden the winner with 306 electoral votes to Trump’s 232, are set to be certified by Congress on Wednesday. Trump’s legal team has repeatedly challenged results in several states, including Georgia, Pennsylvania, Michigan, Wisconsin, Arizona and Nevada, but none have stood up in court.

The Supreme Court rejected a case calling for four states’ results to be thrown out.

Wednesday is a day after new members of Congress get sworn in. Several members of Florida’s House Delegation, including Bill Posey, Matt Gaetz and Byron Donalds, have signaled they will vote against certifying results based on accusations of election problems in swing states carried by Biden.

Missouri Sen. Josh Hawley has also said he will challenge the results. The guarantees a challenge will be presented in the Senate and House, and all members will vote. Several Republican Senators have said they will vote to certify Biden’s election, so it’s unlikely this will result in Trump being given a second term.

Neither Scott nor Rubio have made statements signaling what course they will take.

The rallies at the senators’ homes will just be the last stops for caravans on Trump supporters after multiple meetups throughout South Florida. There will be events in Tampa, Sarasota, Cape Coral and West End Park, leading to the storming of residences.