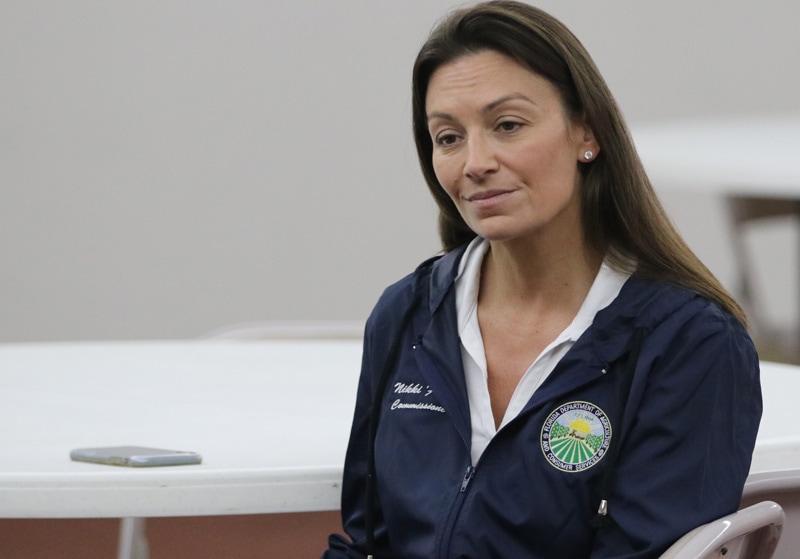 Currently, teachers can get the vaccine, but only if they are over 50.

“Getting our economy back on track is dependent on our health — and that hinges on the ability of parents to get to work, which means ensuring their children have a safe school environment,” Fried wrote in the letter. “It also depends on some of our most vulnerable workers staying healthy, productive, and supporting Florida’s key industries, from agriculture to small businesses. Working with the Biden Administration to accomplish these goals is a necessity.”

Fried also urged the Governor to broaden vaccine access to include farmworkers and agricultural and food production workers.

“These frontline workers are critical to producing the safe, secure domestic food supply on which we rely,” Fried said in her letter. “Yet according to studies, farmworkers face one of the highest increased risks of death from COVID-19, with Hispanic farmworkers facing a 59% higher risk.”

The pods, originally prioritized for seniors, travel the state offering vaccines for a short time before moving to another community.

Unlike the Pfizer and Modern vaccines, the newly approved Johnson & Johnson vaccine only requires a single shot.

DeSantis said Florida is expecting 175,000 doses of the one-shot vaccine this week.