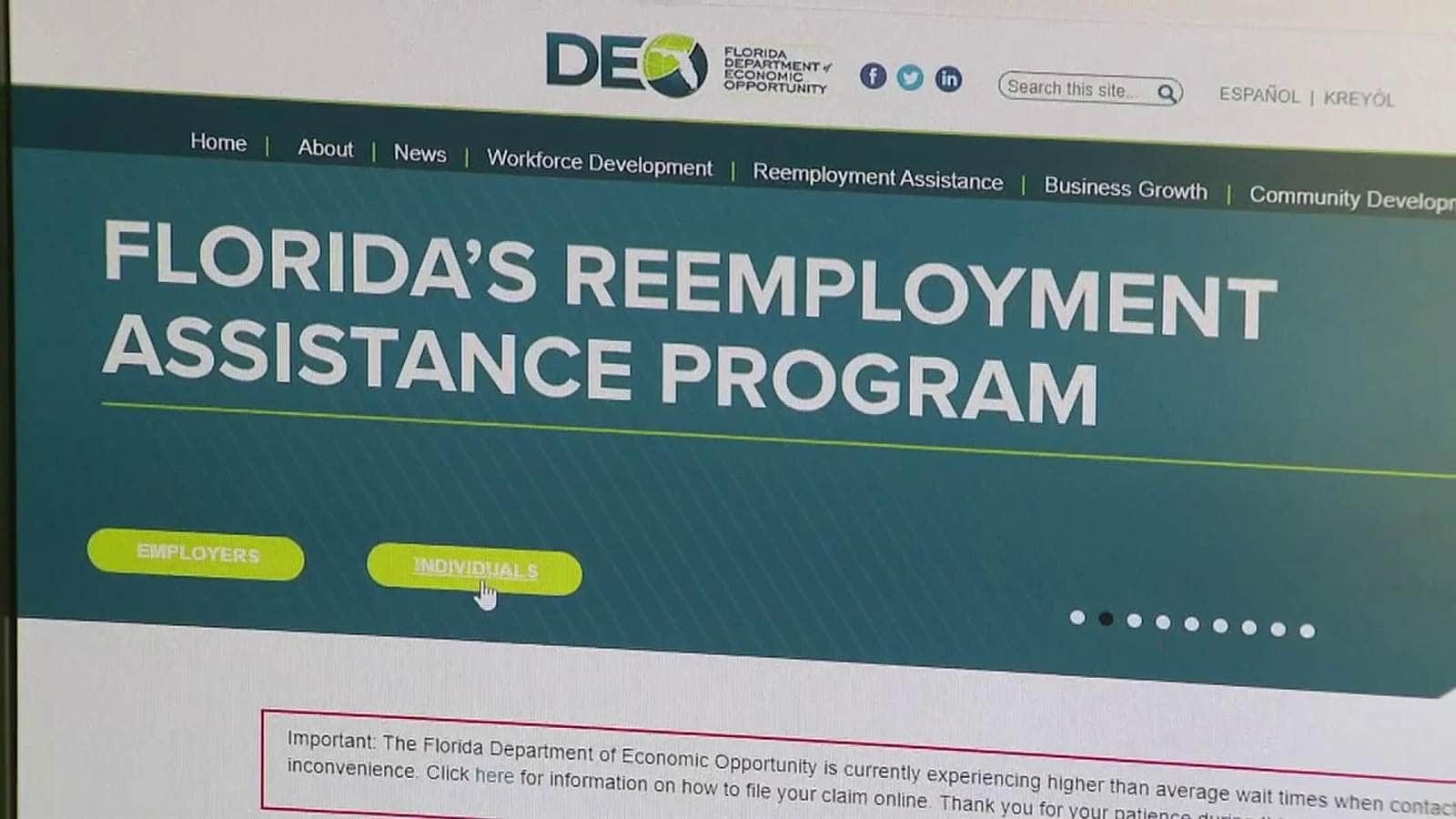 Contractors didn't do their job, says the Inspector General.

Chief Inspector General Melinda Miguel released her initial findings Thursday about the state’s unemployment system failures at the beginning of the pandemic.

In May, Gov. Ron DeSantis asked the Inspector General to investigate the CONNECT system and the contract that led to its creation. In the months after COVID-19 reached the United States and after lockdowns across the nation, CONNECT crashed under the pressure of a historic spike in jobless Floridians trying to apply for unemployment benefits.

Deloitte Consulting earned the largest share of the $77 million the state spent to set up CONNECT under then-Gov. Rick Scott. In court documents last year, Deloitte distanced itself from the system, arguing it has had “no connection” to the online system in more than five years.

But according to the Inspector General’s initial findings, the problems began under Deloitte’s oversight.

Contractors were supposed to stress test the system for a minimum of 200,000 concurrent external users. According to Miguel, the Department of Economic Opportunity did not enforce that contract, and Deloitte tested for only 4,200 concurrent users, both internal and external.

“By not meeting contractual capacities, the CONNECT system was poorly positioned to handle the unprecedented claims volume beginning in March/April 2020,” according to the report.

Among other findings, including that Deloitte’s staff were delayed and overextended, investigators determined that the number of “fatal and severe system defects” known to Deloitte’s team was greater than the contract and amendments allowed.

Miguel also noted that of 31 findings from a 2015 state auditor general report about the system, more than half were still unresolved in 2019 and that a more-recent audit “identifies 14 issues still outstanding.”

DeSantis railed against the unemployment portal for months. In April, he told reporters the system was “designed to fail.”

The Inspector General report includes recommendations that contracting agencies ensure there is an independent code review performed and reviewed throughout the lifecycle of the project.

In addition to issuing findings, Miguel recommended the state update what is known as the “System Disaster Preparedness Plan” for the unemployment system to incorporate lessons from the pandemic, strengthen administrative and physical infrastructure and consider moving the system’s data to a cloud service “to allow for greater scalability.”

A wholesale fix of the system with a new contract was a nonstarter for the administration because of the time it would take for a new portal to come online. Handling the problems by hand would have taken months because of the network of federal and state databases necessary to approve a single claim.

Several states have faced challenges with their unemployment portals, but Florida ranked the worst in paying out claims to its unemployed residents during the COVID-19 pandemic, according to a study from April. Still, the Governor avoided any share of the blame during the “unprecedented” economic downturn, pointing instead to the millions spent before his term to launch the CONNECT system.

Scott, who was Governor from 2011 to 2019, pushed back on complaints about his administration’s role in the unemployment system in a statement from his press office. McKinley Lewis stressed that the now-U.S. Senator grew up in a poor family and that the focus should be on future relief.

“Any insinuation that this system was not designed to help out-of-work Floridians get back on their feet and into the workforce is false and ridiculous on its face,” Lewis said. “Throughout his administration, then-Governor Scott took numerous actions to levy fines against and withhold payment from Deloitte to hold them accountable to the contract terms.”

previousSunburn — The morning read of what’s hot in Florida politics — 3.5.21

nextVaccine available to all teachers per feds, but Florida focused on seniors