Sen. Jeff Brandes merged two COVID-19 liability bills into one, creating a single measure that would fortify legal protections for both businesses and health care providers. Sponsors in both chambers previously separated the protections so lawmakers could hammer out the details for each prong of the liability shield. Brandes said now that the measures are preparing for the Senate floor, they should be combined into one package to ensure both passes. Here’s your nightly rundown.

Agritourism shield. The Senate gave its preliminary approval to a bill (SB 88) that would moderate lawsuits against farmers by building off Florida’s Right to Farm Act.

Foster overhaul. A bill (SB 80) giving a “massive overhaul” to how and where the state places children within the child welfare system is on its way to the Senate floor.

No single-payer. A resolution (SJR 340) to make it harder for the Legislature to adopt a single-payer health care system is heading to its final committee in the Senate.

One man’s trash. A bill (HB 221) to make sure spacecraft parts that fall to Earth are recovered and returned to rocket companies flew through its second committee.

Moffitt money. A bill (SB 866) that would send millions of additional dollars each year to Moffitt Cancer Center flew through its second Senate committee.

Cheers! The Senate could soon tip a bill (SB 46) to reduce restrictions on craft distilleries to the House after giving its initial approval on Thursday.

“It’s easier to defend one fortress than to guard two. I think it’s important that we have both the business community and the health care community rowing with us together in the same ship.” — Sen. Jeff Brandes on merging the business and health care liability bills.

Your Metz Husband Daughton-sponsored question of the day is: What movie starring Jim Carrey was mostly filmed in Seaside, Florida?

Last time, we asked: Who was the first territorial governor of Florida?

Congrats to Okaloosa GOP (@OkaloosaGOP), the first to tweet the correct answer! 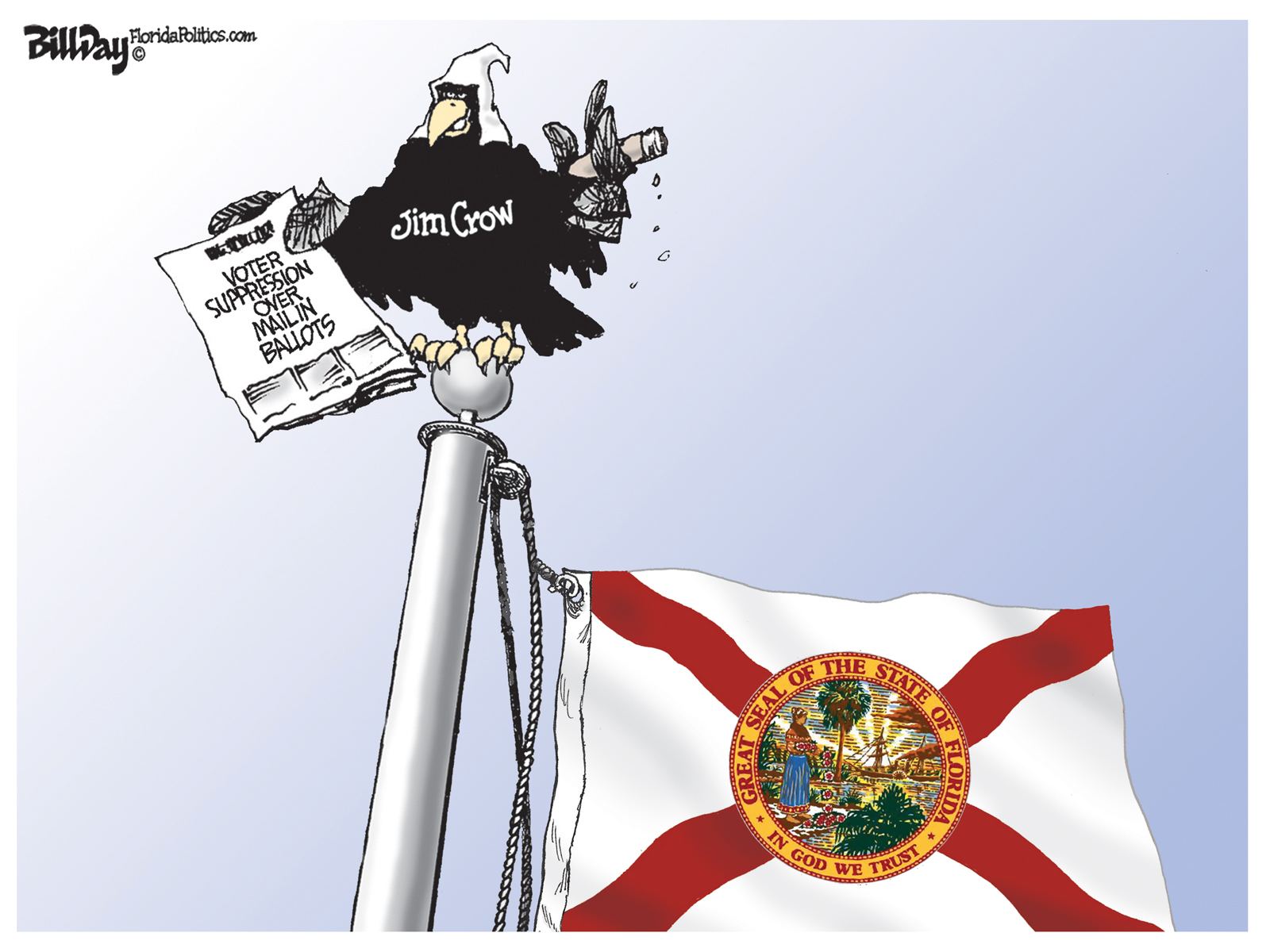 For the past decade, felons in Florida have had to wait at least five years after completing their sentence before becoming eligible for civil rights restoration. But, at a Clemency Board meeting Wednesday, Gov. Ron DeSantis and the Cabinet, acting as the Board of Executive Clemency, did away with the waiting period. The result is thousands of “returning citizens” will have their rights automatically restored, possibly wiping out a backlog of thousands of cases awaiting review.

The Florida Rights Restoration Coalition has been working behind the scenes to achieve the milestone. We spoke with the organization’s Deputy Director and returning citizen Neil Volz, who has been advocating on this issue.

Florida Politics: What are the major things this does?

Florida Politics: Talk about the backlog of applications for restored rights.

Neil Volz: “A second piece is that these changes, got rid of waiting periods. There’s tens of thousands of people currently waiting to have their case heard through the clemency process. We know that Gov. Rick Scott instituted some additional five- and seven-year waiting periods for people to come before the clemency board, and that was in addition to many people who would wait more than 10 years before the case would even be heard. So, a big step in the right direction is getting rid of the waiting periods. So they created a more streamlined process, so that people can get through the clemency process.”

Neil Volz: “That’s a good question because our North Star is the full empowerment of returning citizens across the state of Florida. So, we’re constantly pushing to create a society in which, when somebody has completed their sentence, they can be treated like anybody else. So, there’s a lot of tools available to the clemency board that can help meet that goal. Some of that is making it easier for people who owe financial obligations to be able to vote. And I think that would be an area of discussion that we would like to engage in going forward. But we do want to be really clear; these are changes that we’ve been fighting for for a long time. Many of the changes — the big ones that we’ve been talking about — we gave detailed proposals to the Governor, to the Attorney General, to the CFO, to the [Agriculture] Commissioner. We talked to them. We talked to their staffs. And so, this is the combination of a lot of hard work, geared towards the real lives of real people.”

While some universities are skipping Spring Break this year, there will still be plenty of students heading to Florida to have some fun in the sun.

Panama City and Miami Beach are two of the busiest Spring Destinations in the state and, by extension, the world. Both have top-tier lobbyists working on their behalf in the Capitol.

Down south, Ron Book and lobbying partners Rana Brown and Kelly Mallette work to advance Miami Beach’s interests. The city also gets help from Mary DeLoach of The Southern Group.

There are dozens of alcohol interests with lobbyists in the Capitol. A couple of the biggest are Anheuser-Busch InBev and Diageo.

The former is behind Spring Break staples such as Bud Light and Corona (Extra, not virus). They have the team at Floridian Partners on tap, as well as Al Cardenas, Slater Bayliss, Chris Chaney, Stephen Shiver, Sarah Suskey and Jeffrey Woodburn of The Advocacy Group at Cardenas Partners; French Brown of Dean Mead; and Tracy Mayernick, Frank Mayernick and Rob Johnson of The Mayernick Group.

Travelers will also need a place to stay. Many will likely find themselves on a Marriott property of some sort — after all, they are the largest hotel chain in the country, with 30 labels running from the economical to top-tier luxury.

Their lobbyists include in-houser Travis Cutler and the team at The Advocacy Group as well as Angela Bonds, Peter Dunbar, Martha Edenfield, Chris Moya and Jennifer Ungru of Dean Mead. 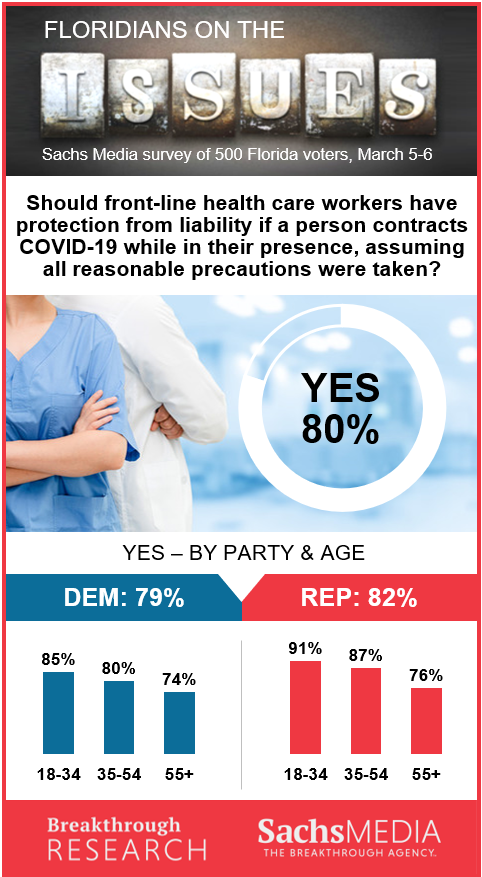 The House Secondary Education & Career Development Subcommittee will consider a bill (HB 149) that would ban school officials from secluding students with disabilities and limit the use of restraints on those students. The committee meets at 9:30 a.m. in Room 212 of the Knott Building.

The House Civil Justice & Property Rights Subcommittee will consider several bills, including a measure (HB 313) that would expand the rights of firefighters under investigation. The committee meets at 9:30 a.m. in Room 404 of the House Office Building.

The Revenue Estimating Conference will meet to analyze the financial impact of proposed legislation at 9 a.m. in Room 117 of the Knott Building.

The Manhattan Institute hosts a virtual event with Miami Mayor Francis Suarez and Keith Rabois, a former executive at PayPal, Square, and Linkedin, to discuss Miami’s future as an innovative city and tech migration. It begins at 1 p.m. Registration is online.

nextHouse committee clears minimum arrest age, but not without pushback