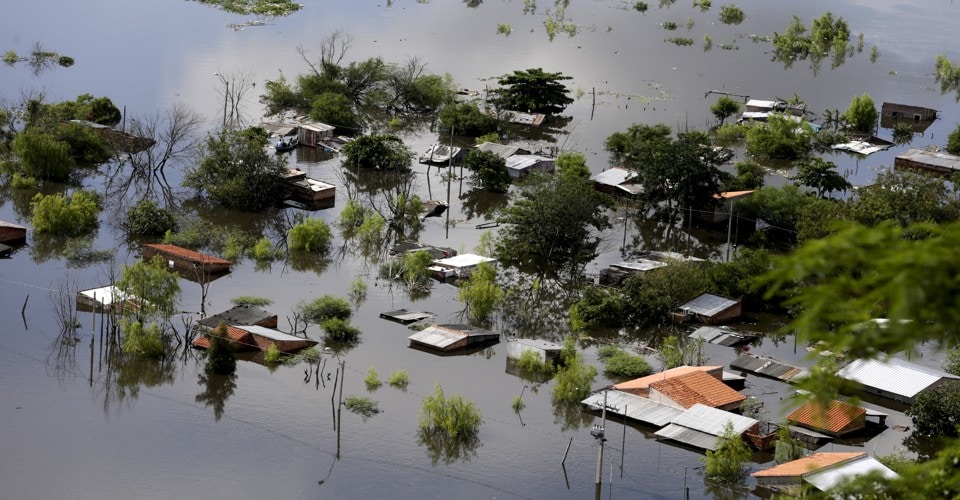 The measures don't contemplate whether climate change is manmade.

The House’s Environment, Agriculture and Flooding committee reported favorably two proposals (PCB EAF 21-01, PCB EAF 21-02) to address the effects of rising sea levels due to climate change. Both proposals, which are tied, had the full support of committee members present, though debate ensued.

The sweeping legislation takes a multipronged approach to help communities adapt to rising sea levels and flooding by monitoring and mitigating adverse effects.

Funding for the proposal would be subject to appropriation, with the stipulation that the price tag not exceed $100 million per year.

While the proposal directly attributes sea level rise and coastal flooding to climate change, the measure does not address the cause of climate change, which the National Oceanic and Atmospheric Administration (NOAA) attributes to human activity that increases greenhouse gases.

During debate Rep. Randy Fine said adapting to climate change rather than modifying greenhouse emissions is the best solution.

“The fact of the matter is that climate has changed for billions of years. Florida used to be underwater. We (Florida) are less than 1% of the entire world’s carbon emissions,” Fine said, implying a decreasingly common argument that climate change is cyclical, not manmade.

“We can’t adapt our way out of this. At some point we do have to identify ways that we as a state can contribute to the work in reducing our carbon emissions, to slow the rates of climate change, which is producing these floods. And that means moving us more toward clean energy, enacting policies to promote energy efficiency and considering how we’re getting around this state — and that’s where the rest of the nation is headed,” Diamond said.

“The effects of flooding are felt all across the state in both coastal and inland communities, and we must address these threats using a coordinated statewide approach and this bill does just that,” Cabrera said.

“While some continue to debate word choices, we’re rolling up our sleeves and focusing on real problems that affect real business owners and real homeowners in our community,” Sprowls said at a press conference in February, calling sea level rise and flooding “two of the most pressing issues of our time.

The urgency is based on an analysis estimating Florida could lose more than $300 billion in property value by the year 2100 due to sea level rise and flooding. Florida is particularly vulnerable to coastal flooding with more than 1,300 miles of coastline and low elevations.

The proposal would create the Resilient Florida Grant Program, which authorizes the Department of Environmental Protection to provide grants to local governments to help combat sea level rise.

The proposal requires DEP to start tracking flood vulnerability and sea level rise on an on-going basis. The data would be used to inform a Statewide Flooding and Sea Level Rise Resilience Plan to be submitted to the Governor and the Legislature every three years. The plan would consist of ranked projects to address risks of flooding and sea level rise to coastal and inland communities.

The proposal would allow counties and municipalities to enter into agreements to form regional resilience coalitions, which could then coordinate solutions to adverse sea level rise across governments.

The proposal would also establish the Florida Flood Hub for Applied Research and Innovation within the University of South Florida College of Marine Science in St. Petersburg. The hub would take the lead on innovation and research to improve flood monitoring and prediction. The hub would report its progress to the Governor and Legislature on an annual basis.

The proposal requires the Office of Economic & Demographic Research to track governmental expenditures required to minimize the adverse economic effects of inland and coastal flooding.

A separate proposal establishes the Resilient Florida Trust Fund within the Department of Environmental Protection (DEP). DEP would use the trust as a funding source for the Resilient Florida Grant Program and the Statewide Flooding and Sea Level Rise Resilience Plan, including costs to operate the grant program, to develop the plan, to provide grants to regional resilience coalitions and for administrative and operational costs of the Florida Flood Hub for Applied Research and Innovation.