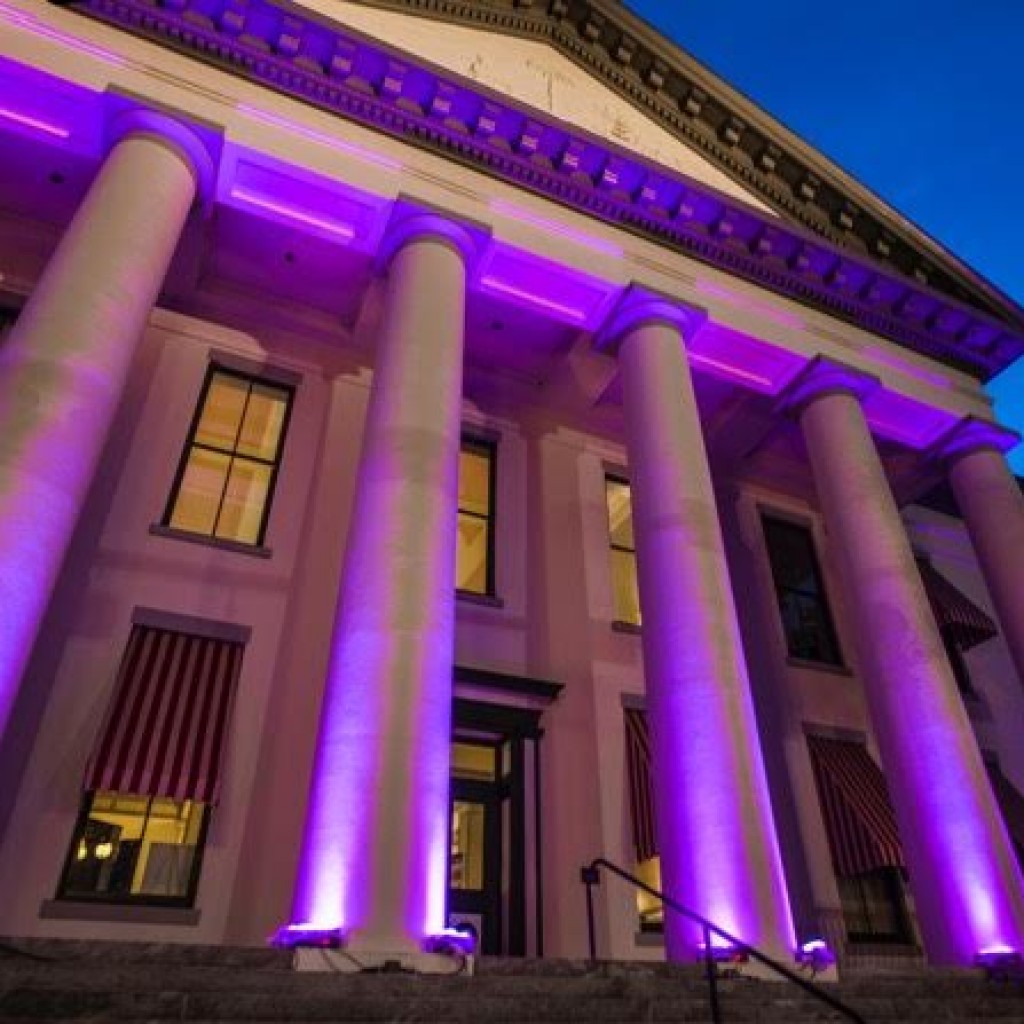 Advocates hope to eventually eradicate Alzheimer's and other forms of dementia.

The Alzheimer’s Association laid out its legislative priorities for this Session Tuesday night during a purple lighting ceremony on the steps of Florida’s Historic Capitol to raise awareness for Alzheimer’s disease.

“Each year, we join each other in this fight. … Each year, our voices get stronger, and stronger and stronger; and each year, more importantly, the legislators are listening purposefully and intentionally,” Michelle Branham, vice president of public policy for the Florida region of the Alzheimer’s Association, said.

“In the years that I’ve been here, I used to have to explain what Alzheimer’s disease was, and now I don’t have to do that at all because, unfortunately, those legislators and our leaders have those personal stories too,” Branham said.

Florida Department of Elder Affairs Secretary Richard Prudom was also in attendance to highlight his work with Gov. Ron DeSantis on the launch of Project VITAL (Virtual Inclusive Technology for All) last spring.

The project is a joint initiative of the Alzheimer’s Association and the state of Florida. Project VITAL uses virtual technology, such as tablets, to help relieve the adverse effects of social isolation experienced by Florida’s seniors both at home and in longterm care communities throughout the COVID-19 pandemic.

“In addition to Florida’s proactive, seniors-first approach to vaccine distribution, our state remains at the forefront of mitigating the effects of isolation, including anxiety and depression, through this unique, statewide project. To that end, the Governor and I look forward to seeing how Project VITAL continues to grow and assist other states as the rest of the nation work to adopt this program,” Florida First Lady Casey DeSantis said in a pre-recorded statement.

The Alzheimer’s Association’s 2021 state advocacy days, called the “Alzheimer’s Rally in Tally” are going on now through Thursday. Alzheimer’s advocates are meeting virtually with their legislators to share their perspectives on Alzheimer’s and their ideas for legislation.

Florida has the second-highest prevalence of Alzheimer’s disease in the United States, with an estimated 580,000 Floridians currently battling the disease.

More than 6 million Americans are living with Alzheimer’s disease.

Alzheimers is the sixth-leading cause of death in the nation.

In 2021, Alzheimer’s and other dementias will cost the nation $355 billion.

The Alzheimer’s Association aims to end Alzheimer’s and all other dementia by accelerating global research, driving risk reduction and early detection, and maximizing quality care and support.