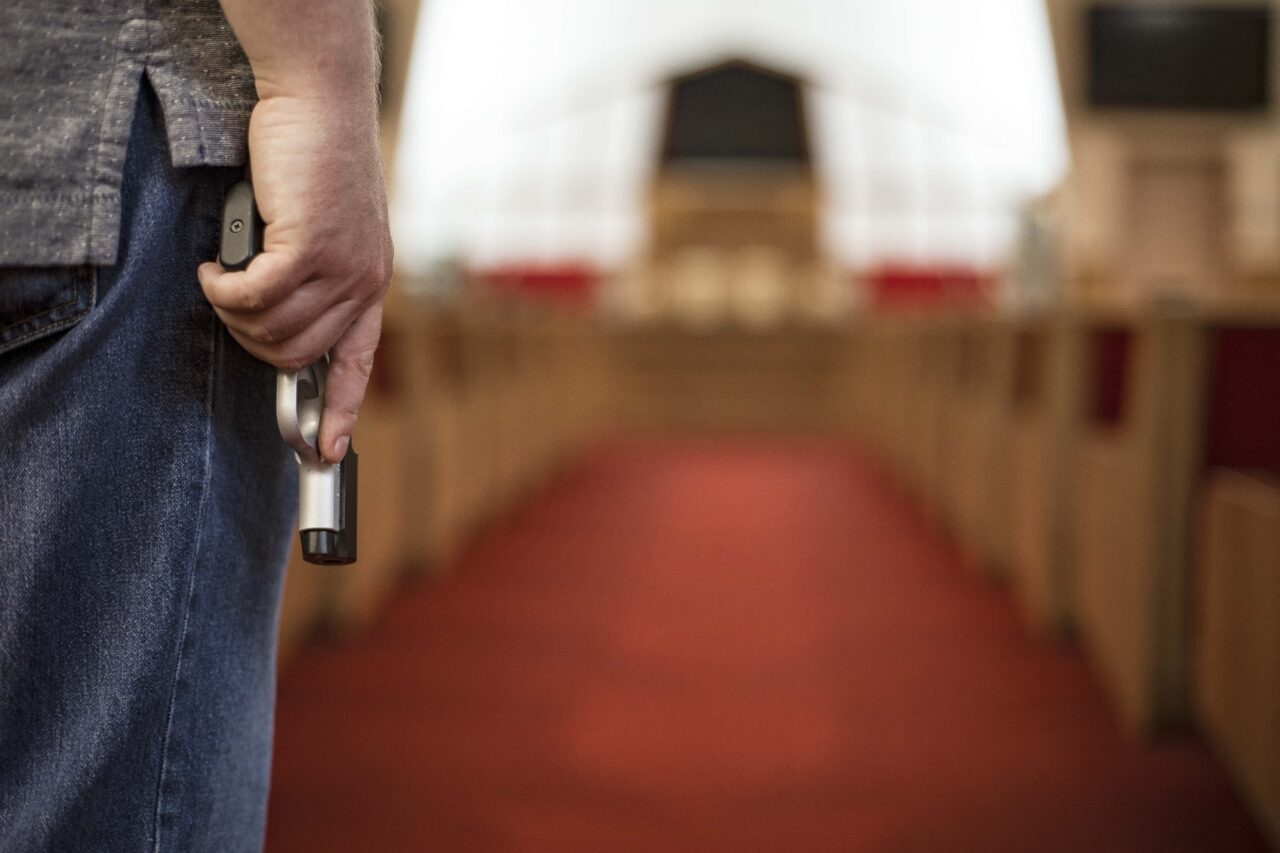 A bill that would allow Floridians with concealed carry licenses to carry a gun to religious institutions, even if there is a school on the property, passed its second committee Wednesday.

The legislation (HB 259), filed by Rep. Jayer Williamson, was approved 16-5, with Democratic Reps. James Bush and Daisy Morales dissenting from their party in favor of the bill.

Although Florida law does not prevent a person from carrying a gun into a religious institution, current statute does prohibit individuals from bringing firearms into houses of worship located on the same property as a school.

This proposal would change that.

“Right now, if a church is located on the same property as a school, a permit holder is prohibited from carrying at church,” Williamson said at the meeting. “Even if the religious institution had a pre-k that met Monday through Friday, if a concealed carry permit holder showed up to church on Sunday, they would be inadvertently breaking the law when they carry it on Sunday.”

The bill would allow the religious institution to determine whether to ban guns. Facilities could even permit guns only during certain hours, potentially when classes aren’t in session.

The bill was inspired by a similar law in Texas, passed after a mass shooting at First Baptist Church in Sutherland Springs in 2017. Sponsors of the bill also reference the 2015 shooting at the Mother Emanuel AME Church in Charleston, South Carolina; the 2018 Tree of Life Pittsburgh synagogue shooting; and the 2019 Christchurch mosque shootings in New Zealand as evidence of rising attacks.

In 2019, a Texas churchgoer helped avert a shooting because of the state’s law, local law enforcement officials said. That man received contemporary praise as a “good guy with a gun.”

Democratic Rep. Christine Hunschofsky asked Williamson what would happen in the situation where a school rents out facilities to religious institutions over weekends — who would set the policy on allowing guns?

“We’re not getting into contract law,” Williamson said. “So that would be between the school board, the property owner would be the school board in this case, and the religious institution.”

The legislation would also bridge the gap between security provisions for public and private schools passed after the 2018 massacre at Marjory Stoneman Douglas High School. Private schools with churches could now conceivably hire private security.

“Honestly, this bill is more of a glitch bill than anything,” Williamson said. “And it’ll always be painted as a gun bill. But I consider this mostly a private property rights issue. I’m running this bill to restore the rights of religious institutions.”

Representatives of the Florida PTA, Florida Conference of Catholic Bishops and Florida National Organzation for Women opposed the bill at the meeting, while National Rifle Association lobbyist Marion Hammer was among those speaking in support.

Sarasota Republican Sen. Joe Gruters‘ identical version (SB 498) is headed to its last committee stop. In 2019, the House passed a version of the legislation, but the Senate version never made it past its first committee stop.