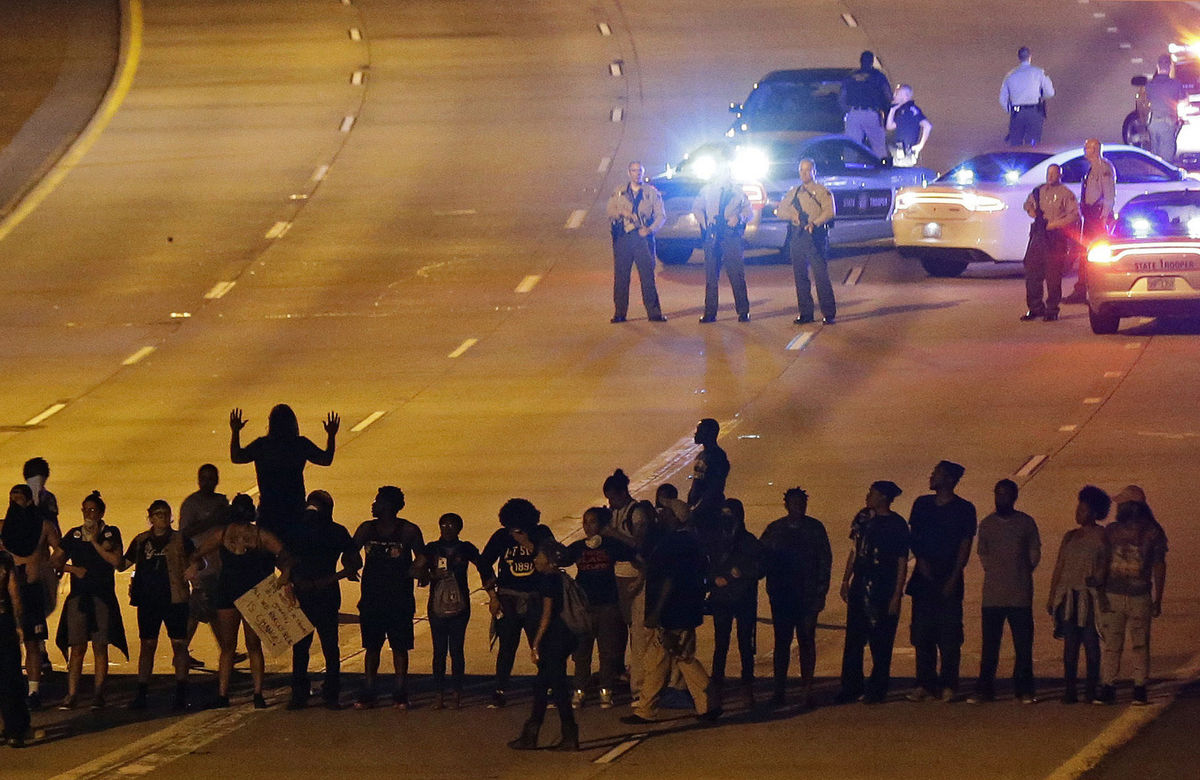 The bill moves next to the House floor.

The Republican-controlled committee advanced the revised measure (HB 1) with a 15-5 vote. The bill moves next to the House floor.

Sponsored by Republican Rep. Juan Fernandez-Barquin of Miami-Dade, the bill aims to enhance legal penalties against rioters, vandals and looters as a means to combat public disorder.

By design, the proposal would elevate consequences for battery, assault, or inciting a riot. It would also require a person arrested for unlawful assembly to remain in custody until their first appearance.

While much of the bill remains the same, the PCS ushered several distinct changes.

Originally, the proposal would allow citizens to challenge reductions to local law-enforcement budgets. Thereafter, the Governor and Cabinet would have authority to overturn the proposed reductions.

Now, however, only state attorneys within the respective jurisdiction and an elected official who voted against the budget cut can petition the state.

The PCS also modified the bill on traffic obstruction charges. The new verbiage now clarifies that a demonstrator must have “willfully” obstructed traffic.

The PCS also added the term “imminent threat” to define a riot. The addition provides a narrower definition of a riot in comparison to the common law definition.

“By changing it imminent, it’s essentially a higher bar and much more difficult to prove things than clear and present danger,” Fernandez-Barquin said, later adding: “It distinguishes writing that clarifies the public disturbance has to be violent as opposed to non-violent.”

The key changes, Fernandez-Barquin said, come after talks with lawmakers and others about the bill’s language.

Yet despite the discourse, critics including Democrats remained firm against the bill.

“This will be my second time hearing this bill and, candidly, it’s not getting much better,” said Democratic Rep. Michael Grieco.  “I don’t want to say it’s getting worse but I think we’re still in the same posture.”

Among other contentions, opponents to the bill argue the measure goes too far.

The further claims that the measure would violate protesters’ First Amendment right to assembly and free speech.

While the bill is popular among some conservative circles, others including civil rights advocates, are pleading with lawmakers to intervene.

Democratic Rep. Andrew Learned of Tampa said he has received more than 12,833 emails about the proposal. All but six, he added, are in opposition.

“This bill retreats to the outdated ‘throw everyone in jail philosophy’ that has been revealed as a giant failure,” Hart added.

Democratic Rep. Ramon Alexander of Tallahassee grew emotional during his debate against the proposal, garnering applause from attendees after his remarks.

Alexander described the legislation as racist in nature.

“You know what can control human behavior?” he asked members. “Giving people access to opportunity, jobs, making sure that people can break down generational cycles of poverty, addressing mental health issues. Addressing systematic racism. Addressing institutional racism, giving people the opportunity to have a seat at the table.”

Later, Republican lawmakers disputed the critiques and lamented remarks made during public testimony.

Republican Rep. Michelle Salzman of Escambia County noted that she was called “racist” and “fascist” by attendees for supporting the legislation.

Salzman, a military veteran, pushed back.

Chairman Daniel Perez, a Republican, contended that those abiding by the law have nothing to fear.

“It is important to note that Representative Fernandez-Barquin’s bill does not limit anyone’s freedom of speech,” he said. “I’d say quite the inverse. It gives you every opportunity to say what is on your mind, what is in your heart, as long as we do it peacefully without any violence.”

DeSantis announced his vision for the bill last summer amid a nationwide spree of riots and protests, spurred by fatal police interactions, including the high-profile police killing of George Floyd in Minneapolis.

Months later, Republican leaders unveiled the bill after rioters breached the U.S. Capitol on Jan. 6. Several died in the siege.