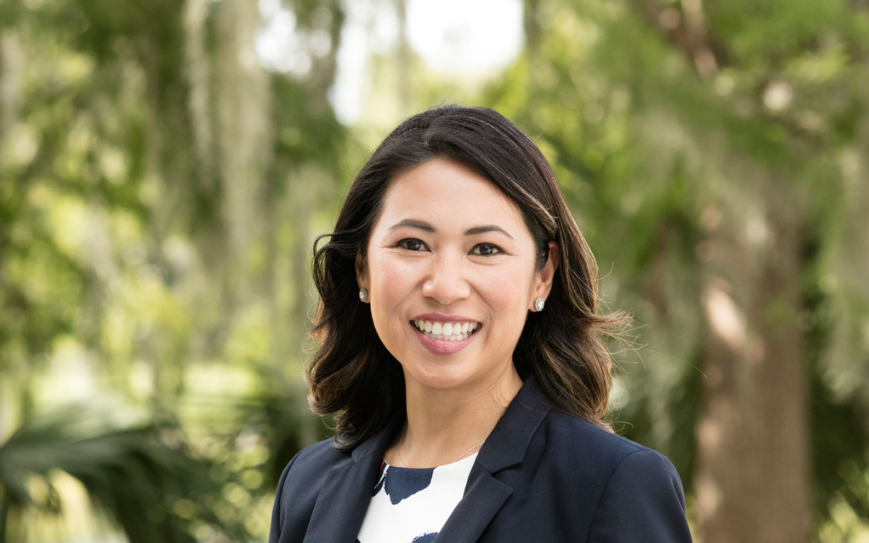 All but officially, Murphy is campaigning for Senate in 2022 election. 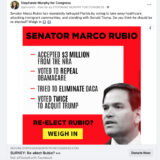 Democratic Rep. Stephanie Murphy  may not yet be officially running for the Senate, but she is campaigning for it.

The Winter Park Congresswoman’s political committee Monday launched internet attack ads against incumbent Republican Sen. Marco Rubio, the likely opponent for Murphy or anyone else who might emerge from the Democrats’ current cast of credible candidates in 2022.

“Senator Marco Rubio has repeatedly betrayed Florida by voting to take away health care, attacking immigrant communities, and standing with Donald Trump,” declares a social media ad from Stephanie Murphy for Congress on Facebook. “Do you think he should be re-elected?”

That ad links to a fundraising pitch from her campaign. It features a survey of leading questions, such as, “Did you know that Rubio voted multiple times to repeal the Affordable Care Act, which would have stripped health insurance from thousands of Floridians?”

Murphy has not announced or filed to run for Senate in 2022. For that matter, no credible candidates have yet, including Rubio, though he has said he will seek reelection.

While other potential Democratic candidates reportedly have been testing the water, Murphy has been making splashes.

She recently grabbed the more generic campaign domain name, StephanieMurphyFl.com. Then her campaign commissioned an internal poll testing her viability for the office. The campaign launched a campaign-style video presenting her credentials statewide to Democrats. She pledged a statewide “listening campaign.” She bolstered her campaign staff with several early hires, including Lauren Calmet, the former political director of the Florida Democratic Party.

Murphy’s home district, Florida’s 7th Congressional District, is purple, covering Seminole County and a big chunk of northern, central and eastern Orange County. That partisan balance could change with redistricting though. Florida’s Republican majority in Tallahassee is expected to do as much gerrymandering as courts might allow to take back seats they’ve lost in the past decade. That includes CD 7, which Murphy won in an upset of longtime Republican Rep. John Mica in 2016, then held with easy reelections in 2018 and 2020.

Thus, a statewide U.S. Senate run against a popular but vulnerable Rubio might be easier for her than reelection to a fourth term in the House once Republicans rework CD 7.

Her campaign is picking at Rubio’s vulnerabilities, at least from the point of view of Democrats and independents her ad targets.

“Were you aware that Rubio accepted more than $3 million in contributions from the NRA — even after the devastating attacks at Pulse Nightclub in Orlando and Marjory Stoneman Douglas High School in Parkland?” the survey asks.

“Rubio betrayed Florida’s immigrant population by supporting President Trump’s efforts to eliminate family-based immigration and DACA. Do you think this is hypocritical?

“After reading this, does it surprise you to learn that Marco Rubio voted TWICE to acquit Trump for criminal acts, including for inciting a violent insurrection at the Capitol?