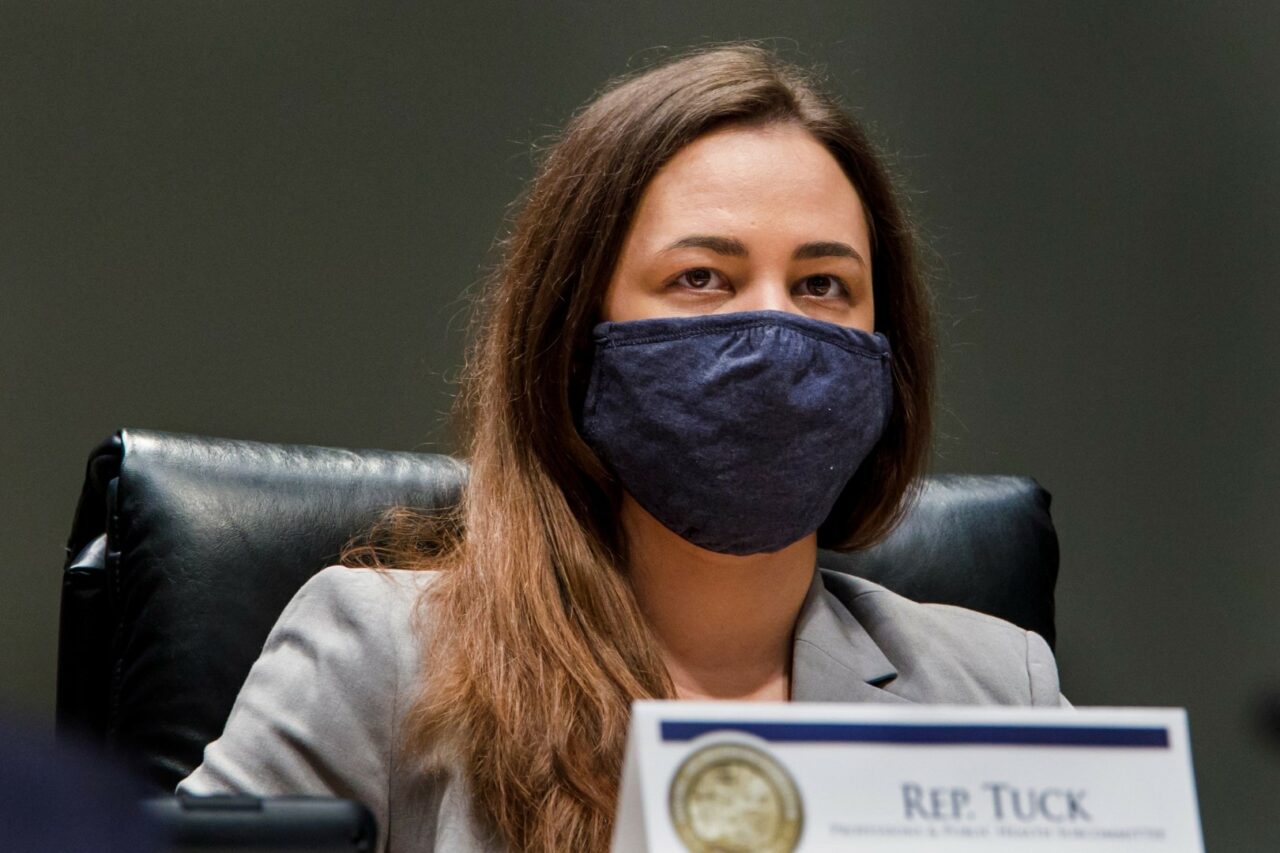 The measure cleared on a mostly party-line vote.

A bill that would require transgender student athletes to compete on teams consistent with their biological sex passed its first committee Wednesday — but not without opposition.

The legislation (HB 1475) was approved in a 13-4 vote by the House Secondary Education and Career Development Subcommittee. The bill, sponsored by Republican Rep. Kaylee Tuck, reserves female high school athletic teams for “biological women and girls” — excluding transgender women from competing on such teams.

“The opportunities and rewards women have gained through sports — ones that taught them leadership, hard work, being part of a team — those could all vanish,” Tuck said. “Nearly 50 years after Title IX, all gains women have made athletically could be wiped away. The Fairness in Women’s Sports Act is intended to make sure that doesn’t happen.”

The Fairness in Women’s Sports Act would also dictate how disputes could be handled regarding a student’s gender. The bill states that such a dispute, “shall be resolved by the student’s school or institution by requesting that the student provide a health examination and consent form or other statement signed by the student’s personal health care provider which must verify the student’s biological sex.”

Under the legislation, a health care provider can verify the student’s gender by completing a routine sports physical examination confirming the “student’s reproductive anatomy, the student’s genetic makeup or the student’s normal endogenously produced testosterone levels.”

That definition sparked debate form Democrat Rep. Susan Valdes, who questioned Tuck on what could lead to a dispute of an individual’s sex.

“Under this bill, would an opposing girls sports team or other students or parents etc., be able to challenge the sex of a member of a team simply for appearing more masculine than her peers?” Valdes asked. “Would she then be subjected to a verification process because others felt she wasn’t feminine enough?”

Tuck responded saying that the bill provides for dispute resolutions, and the State Board of Education is empowered to create the rules for the resolution process.

Valdes continued to press Tuck, asking if she could cite any incidences of a transgender athlete beating out female-born competitors in Florida, to which Tuck said she could not. However, Tuck cited a case in Connecticut where two transgender runners took the first two places in a race.

“We’re not aware of any Florida specific cases but we’re aware of cases in other states — Connecticut, Idaho, for example — and we shouldn’t wait until there’s a problem to have a policy,” Tuck said.

After Tuck’s presentation of the bill, an hour long session of public comment ensued, with about two dozen speakers opposing the legislation and defining it as an effort to discriminate against transgender women.

“Hypothetical Bill 1475 is a flawed solution in search of a non-existent problem,” said Gina Duncan, representing Equality Florida. “Rep. Tuck even today could not point to any instance where a trans athlete unfairly impacted a middle school, high school or college athletic competition in Florida. Not one, not ever.”

“Transgender youth experience the most bullying and marginalization, and like all kids, need love and support, not legislation that perpetuates stigma misinformation and undermines their safety,” said Madeline Kopka with Florida Rising. “Most of us will never know what it’s like to be a transgender young person, but like all kids, they just want to play and participate in everyday school sports with their peers.”

A physician also spoke in opposition to the bill at the meeting, arguing that it has no grounds in science.

“My practice has included a number of transgender individuals over the years,” said Dr. Paul Arons, who is also a part of Equality Florida. “I am strongly opposed to House Bill 1475 — its provisions, do not take into account the scientific medical, emotional and social realities of the young people who it will most directly impact.”

The Florida Conference of Catholic Bishops waived in support of the bill.

Supporters of restrictions on trans sports say trans girls and trans women threaten the competitiveness of women’s sports. A lawsuit was filed last year by cisgender runners upset about competing against biological males. And legislation has now been filed in 26 states similar to the Florida bill aimed at restricting who can compete.

Representatives also hashed it out during debate, with Democrats echoing the arguments of public commenters.

“Trans folk never asked to be a political football in a culture war,” said Valdes, who voted against the bill. “Trans folk are not men presenting as females to try and dominate a basketball league, and they’re not predators waiting in bathrooms. They are our friends, our neighbors, siblings, cousins, daughters and sons. This bill is a very harmful solution in search of a problem.”

Those who supported the bill said it was a pro-women piece of legislation and that it would protect female athletes and allow them to compete fairly.

“If my son decided tomorrow, that he’s now a girl, he could use his natural biological advantages to take opportunities away from biological girls,” said Rep. Jason Shoaf, who voted yes on the bill. “Opponents of this bill are saying the strength and endurance don’t matter. This vaults boys that say they’re girls to the head of the line for places on girls high school and college teams, and for athletic scholarships … This is wokeness versus scientists, and it’s time for common sense to come back into the room.”

A Senate bill has been filed by Sen. Kelli Stargel (SB 2012), which has yet to be heard in any of its three assigned committees. Tuck’s House bill is now onto its second of three committees before it can go before the full House.