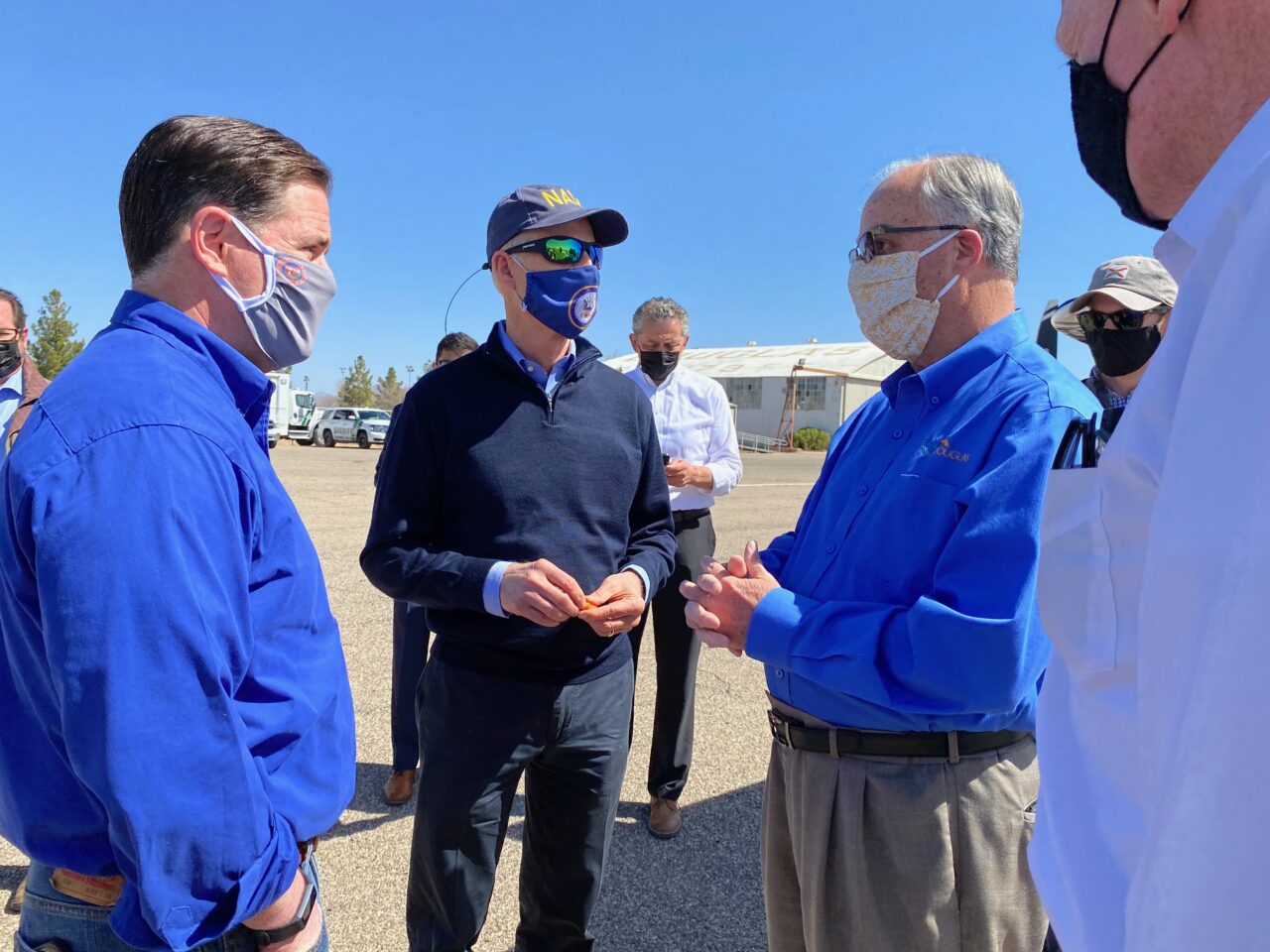 "It’s time for the Biden Administration to secure the border and send a clear message of law and order."

During his visit, Scott received a briefing from state and federal law enforcement officers in Arizona on the situation along the Southern border. Scott also toured the border with Ducey.

“There’s a crisis at the border and it’s 100% President Joe Biden’s fault,” Scott said in a statement. “Our brave border patrol and ICE officers are working around the clock to keep Americans safe, and today Governor Ducey and I got to see that work firsthand.”

Migration flows to the U.S. from Mexico are surging for the third time in seven years. Homeland Security Secretary Alejandro Mayorkas on Tuesday called the wave of migrants a difficult challenge but nothing new, according to The Associated Press.

Scott, however, joins critics of the Biden administration, saying the surge is “being fueled by President Biden’s disastrous policies of amnesty and open borders.” While the Biden administration was working on immigration legislation to address long-term problems, it didn’t have an on-the-ground plan to manage a surge of migrants, according to The Associated Press, leading officials scrambling to expand capacity to care for the roughly 14,000 migrants now in federal custody.

“Biden’s open borders and amnesty policies are wreaking havoc and incentivizing illegal immigration and the endangerment of children whose parents are sending them here alone,” Scott said in a statement. “There were over 100,000 detentions in February, compared to 37,000 in February 2020 – a 170% increase.”

Border encounters — a rough-gauge that tells how many times U.S. authorities came across migrants — rose sharply during Donald Trump’s final months as president, from an unusually low 17,106 last April to 74,108 in December, according to The Associated Press.

“It’s unacceptable and dangerous, and it’s a crisis that demands action,” Scott said in a statement. “It’s time for the Biden Administration to secure the border and send a clear message of law and order. And it’s time for the President to get down here and see the crisis he’s created.”