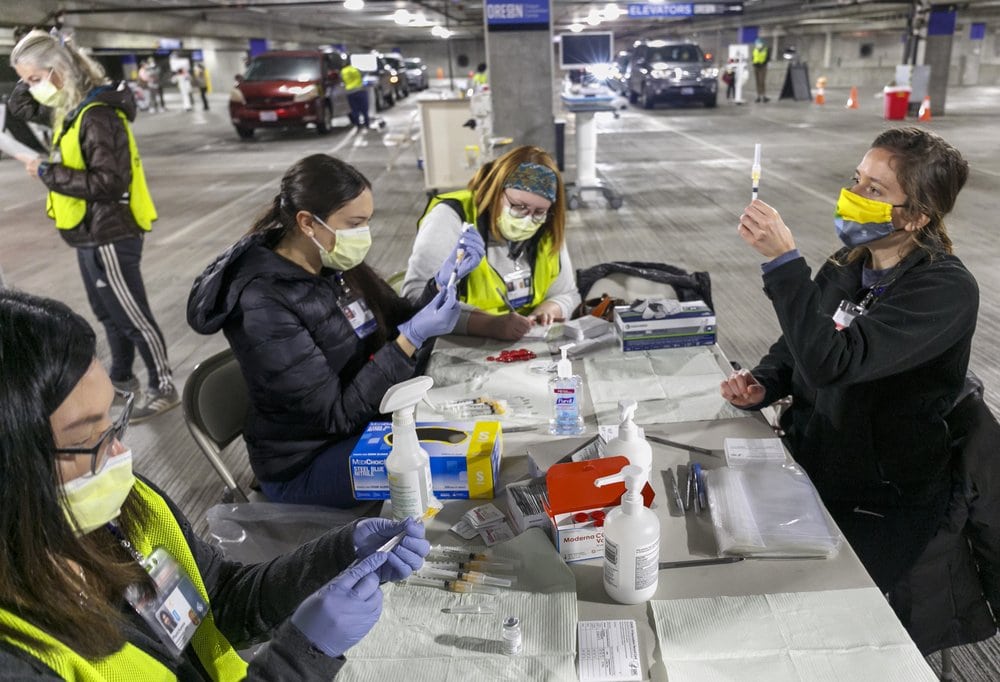 Close to 7.5 million shots have been administered.

A daily update from the Department of Health shows the state has recorded 2,008,349 positive tests for individuals infected with the virus. That’s up 3,987 cases over a 24-hour period.

Officials reported Florida’s 2 millionth COVID-19 case in data released Saturday. The virus was first reported in the Sunshine State a little more than a year ago.

The report also includes news of 32 deaths with confirmed ties to the virus. Of the now 33,369 pandemic-related deaths in the state, 32,742 were Florida residents and 627 were not.

Another 65 Floridians were hospitalized for a total of 83,446. According to the Agency for Health Care Administration, 2,823 people are currently hospitalized with COVID-19. Meanwhile, hospital visits for people with illnesses like COVID-19 remains on the decline.

The Centers for Disease Control and Prevention on Thursday evening separately reported an uptick in mutated virus strains in Florida cases. Florida continues to report the highest number of infections of the B.1.1.7 variant first discovered in the U.K., with 882 of the 5,567 known cases nationwide occurring in the Sunshine State.

Florida also has detected 21 of 48 known cases of the P.1 strain that first surfaced in Brazil, far more than any other state.

Less prevalent here, there have been nine known cases of the B.1.351 strain, first seen in South Africa, out of 180 known cases nationwide.

According to DOH’s report for Sunday, officials added 76,260 test results to its database on Saturday, of which 6,353 came back positive for COVID-19. That’s 8.33% of all tests, with the positivity rate for just new cases among Florida residents coming in at 6.23%. Health officials consider the spread of the virus contained as long as positivity rates stay below 10%.

Florida officials also report that close to 7.5 million doses of vaccine have been administered, an increase of 125,807 since Saturday. That means 4,911,786 individuals have received at least one shot of the three approved vaccines on that market.

Of those, 149,864 individuals received the single-dose Johnson & Johnson vaccine. Another 2,563,384 have completed a two-dose regimen of the Moderna or Pfizer vaccines, while 2,198,538 have received one shot of those vaccines but await a booster.