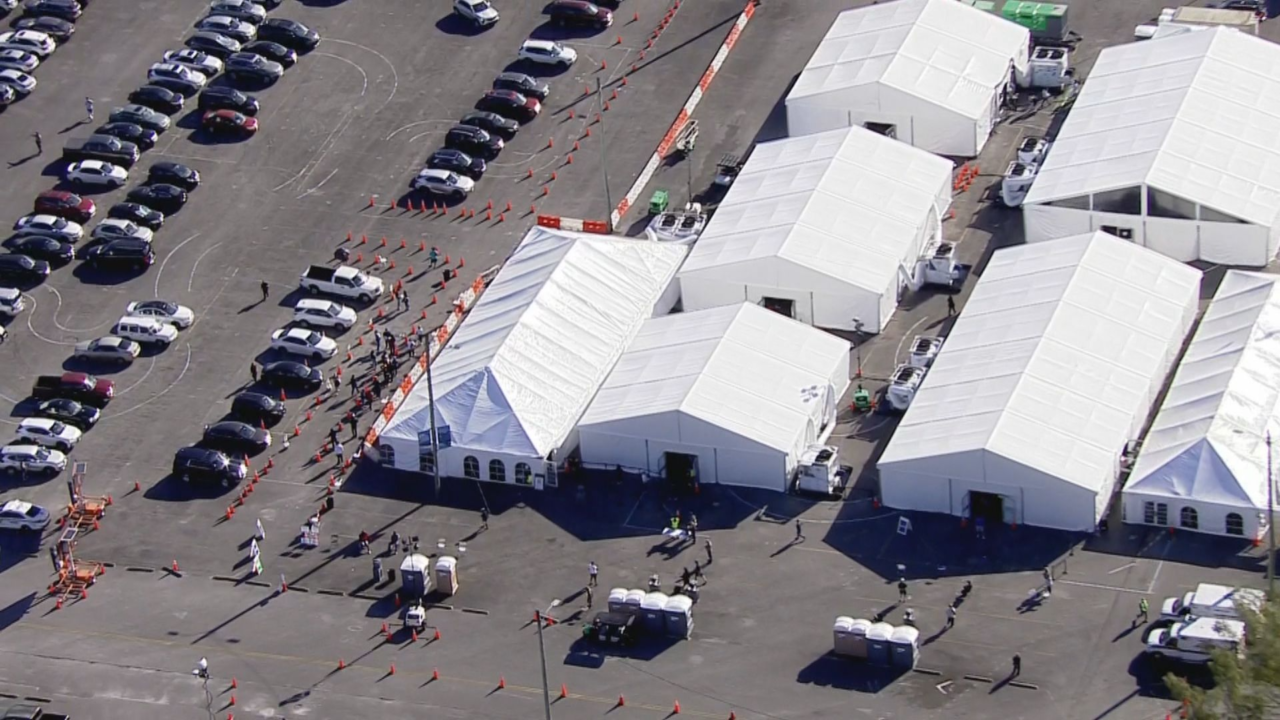 Previously, the sites were going to shift to second dose shots only.

The four federally supported vaccination sites in Jacksonville, Orlando, Tampa and Miami will still be able to administer first doses of the Pfizer vaccine, the Florida Division of Emergency Management announced Monday.

Previously, the state announced the vaccination sites would only be able to administer second dose shots beginning Wednesday. But, now, the sites will administer 500 first doses per day Wednesday through April 7.

The shift came after the state evaluated vaccine supply and determined that previously unused first doses from federal sites could be redistributed to continue administering first dose shots for the allotted time.

The vaccines will only be offered at the select sites to eligible populations.

The four federal sites will only offer the second dose of the Pfizer vaccine April 7-14.

Satellite sites associated with each hub site will still only administer second dose shots between Wednesday and April 14. All satellite sites will return to their original locations over the next three weeks so all individuals who received their first dose at these sites can receive their second doses.

The division will continue to post the satellite schedule online to reduce confusion about when the satellite sites will return to their previous locations.

For the last two weeks of operations, April 14 through April 28, the state is planning to offer the one-dose Johnson & Johnson vaccine.

The federally supported vaccination sites were designed to operate for eight weeks, but according to the Florida Department of Health, “the state is working closely with the federal government to evaluate if these sites can remain open past April 28.”

In addition to the federal sites, state-supported sites can vaccinate all eligible individuals under Gov. Ron DeSantis’ current Executive Order, which now includes any one age 50 and older. All state-supported vaccination sites and their hours of operations are available at FloridaDisaster.org/Vaccine.

The federally supported vaccine sites are in the following places: