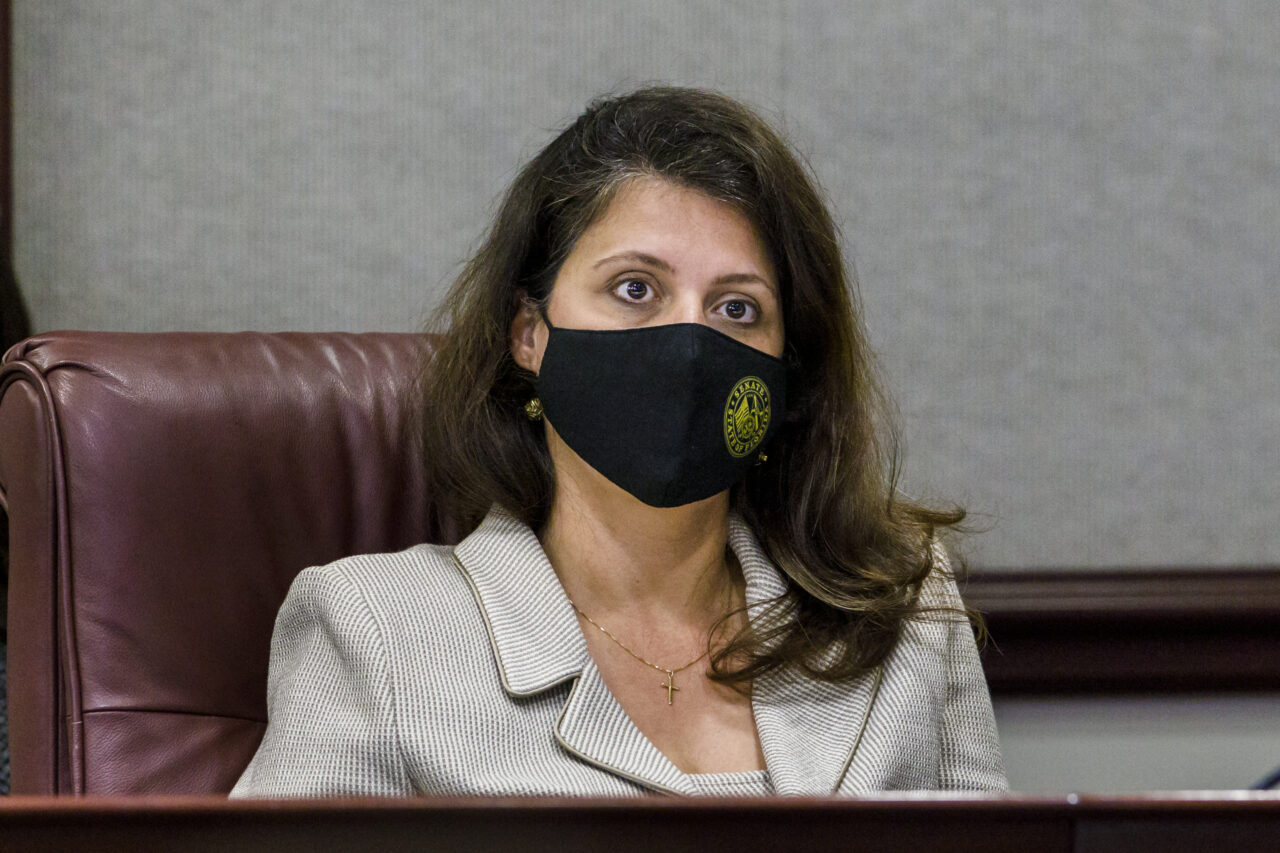 Despite some partisan squabbles, both received bipartisan support.

One bill recognizes victims and atrocities of communism. Another condemns White nationalism and White supremacy.

Both were unanimously approved Wednesday by the Senate Committee on Governmental Oversight and Accountability. Senators eagerly endorsed sending the message that they abhor and denounce forms of extreme and often violent ideologies on the left and right.

“I just want to remind everyone that communist regimes worldwide have killed more than 100 million people and subjected countless others to exploitation and unspeakable atrocities,” said Republican Sen. Ana Maria Rodriguez, sponsor of SB 1606, the bill condemning communism.

That bill would designate Nov. 7 — the date Bolsheviks took over Russia in 1917 — as “Victims of Communism Day” in Florida. High schools would teach about victims of communism that day. The Florida Legislature would hold a moment of silence in victims’ honor at the end of each Legislative Session.

“There is a voice within all of us, for the constituents that we represent, to show that we are unified in our efforts to bring unity not only to the state of Florida, but also to this country by condemning those who support White nationalism,” said Democratic Sen. Shevrin Jones, sponsor of SR 1074.

That resolution would declare the Senate rejects and condemns White nationalism and White supremacy “as hateful expressions of intolerance which contradict the values that define the people of Florida and the United States.”

Unlike Republican Rep. David Borrero‘s House measure designating a “Victims of Communism Day (HB 1553), Rodriguez did not remove a provision requiring a moment of silence at the end of the Legislative Session. That remained in the Senate bill the committee approved Wednesday.

There was a minimum of partisan posturing during Wednesday’s deliberations. While supporting both bills, Democratic Sens. Linda Stewart and Victor Torres, both of Orlando, made comments not every Republican might appreciate. Republican Sen. Kelli Stargel of Lakeland did likewise, with observations that not every Democrat might readily accept.

Yet both measures received strong praise, including from Stewart, Torres and Stargel. And there was none of the awkwardness that appeared the last time Rodriguez presented her bill to a committee, when she struggled to respond to Democrats’ challenges over her bill only addressed communism and not totalitarianism from all political extremes.

“I think it’s important to note that there are many victims of totalitarian regimes and oppressive governments that are not included in here,” Stewart said Wednesday. But Stewart did not challenge Rodriguez to respond. Instead, Stewart merely said she hoped Rodriguez would consider that “down the road” for her anti-communism bill.

In offering support for Jones’ anti-White nationalism and White supremacy bill, Torres brought up the Jan. 6 siege on the U.S. Capitol, something some Republicans still are reluctant to tie to right-wing extremism.

In offering her support for the anti-White nationalism bill, Stargel suggested to Jones that hatred is not limited just to White people hating people of color. She cited statistics showing hate crimes being committed by people of all races, for a variety of hatreds.

“We all recognize that White supremacy is awful,” Stargel said. “I think we have many things across the spectrum of people just hating each other … I think the point is, as a country, everyone is hating on everyone. And I hate that about where we are right now. I hope we can work together, to bring ourselves together, and recognizing that you can disagree without being disagreeable.”

The anti-communism bill heads next to the Senate Rules Committee.

The anti-White nationalism resolution heads next to the Senate Judiciary Committee. As a Senate resolution, it has no House counterpart.