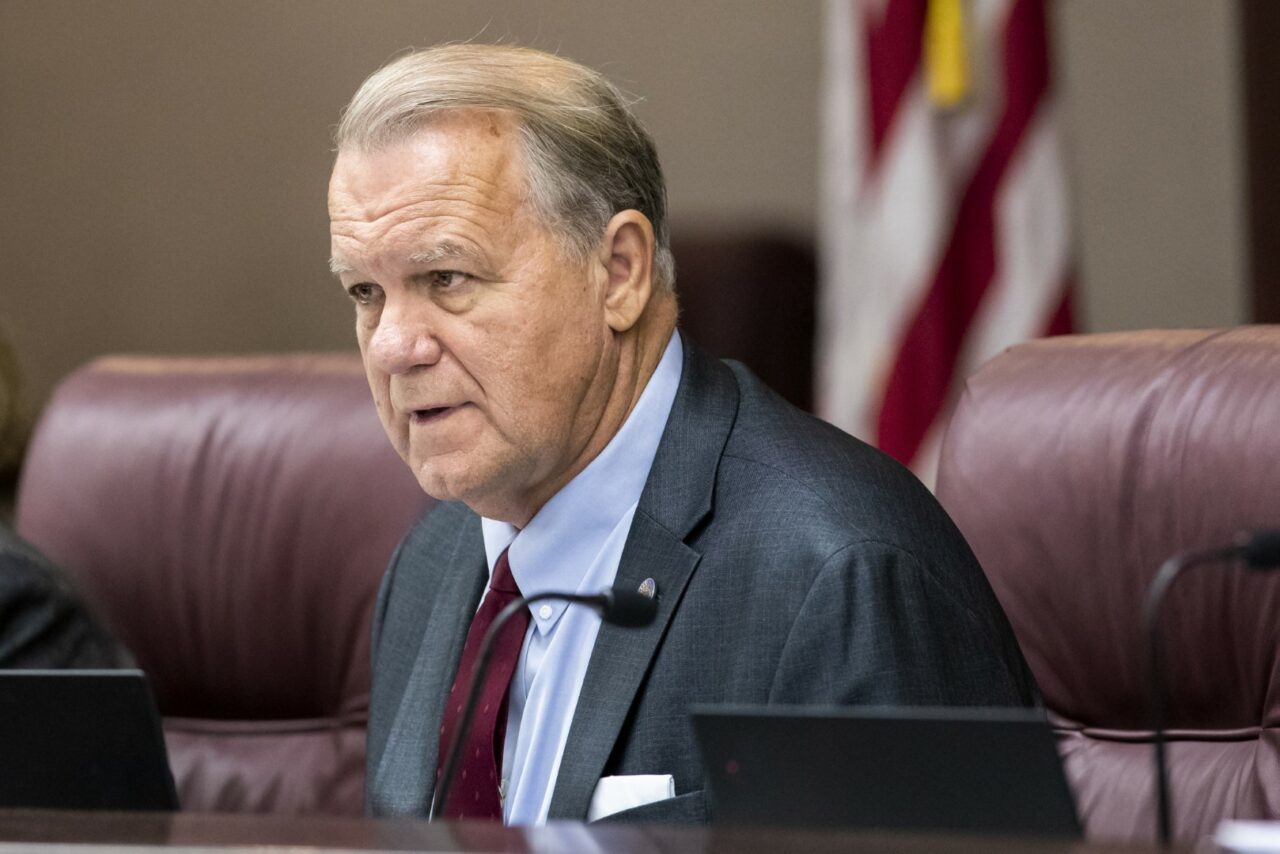 'Let me be clear, this higher education budget is not a slash-and-burn budget.'

House and Senate budget leaders are eyeing cuts to higher education spending, but early recommendations would go about it in different ways.

A Senate budget proposal released last week, for example, calls for a nearly $217 million reduction in spending on the state university system.

But as the Senate considers a controversial separate bill (SB 86) that would tie Bright Futures scholarship awards to amounts set aside in the budget, Senate Education Appropriations Chair Doug Broxson, a Republican from Gulf Breeze, said the proposed spending plan would fully fund the program at more than $651 million. Currently, the program uses a tiered structure of providing Bright Futures aid at either 75% or 100% of tuition and fees

“I want to say this so that everyone can hear this, the proposal maintains Bright Futures student awards at levels that are consistent with current law,” Broxson told the Senate Education Appropriations Subcommittee last week.

The House, meanwhile, is proposing $593 million in cuts to higher education during the upcoming 2021-2022 fiscal year, a 7% reduction from the current year.

“Let me be clear, this higher education budget is not a slash-and-burn budget. Yes, we’ve made some tough decisions, and it will be a lean year for many. But at the end of the day, the core capacity of Florida’s higher education system will not suffer,” House Higher Education Appropriations Chair Rene Plasencia, an Orlando Republican, said.

The Senate last week released a nearly $95 billion overall budget proposal for the upcoming year, while the House released an almost $97.1 billion spending plan. The proposals, however, are expected to change substantially in the coming weeks, in part because economists on April 6 are slated to revise estimates of state general revenue.

The revised estimates are likely to boost the money available to lawmakers to spend on areas such as education and health care.

Despite the proposed reductions in higher education spending in the House’s initial budget, Plasencia pointed to more than $4.1 billion in federal coronavirus stimulus money meant to help Florida students and institutions as making up for cuts. That figure takes into account money anticipated from the third round of federal stimulus funds the state expects to receive.

“As you can see, when federal aid dollars are taken into account, each entity is net positive despite our reductions,” Plasencia told the House Higher Education Appropriations Subcommittee.

Similar to the Senate plan, the House is looking to fully fund Bright Futures.

In a budget proposal released in January, Gov. Ron DeSantis recommended a $100 million cut to Florida’s college system and to keep funding level for the state university system.

One part of the House’s higher education budget aims to put new performance requirements on a financial-aid program for students at private institutions. That is drawing ire from the Independent Colleges and Universities of Florida.

The financial aid program, known as Effective Access to Student Education, or EASE, helps about 41,000 students pay tuition. The House budget would add requirements related to measurements such as graduation, retention and job-placement rates.

Plasencia said an evaluation of the program led him to recommend new performance requirements for the private schools.

“Our evaluation revealed poor performance among many institutions currently receiving state funds. In some cases, we have state dollars going to schools where fewer than one in five students graduate within six years,” Plasencia said.

The change would put students at some institutions at risk of losing the grants.

“Because the bill applies these standards to current-year reports, 16 of the 34 previously eligible institutions will lose eligibility to participate,” a House staff analysis of the proposed budget said. The same analysis estimated the change would cut the grants by $36.4 million, and more than 12,800 students would lose eligibility.

Bob Boyd, president of the Independent Colleges and Universities of Florida, told The News Service of Florida that many EASE grant recipients are first-generation college students who are eligible for federal Pell Grants and other need-based financial assistance.

“I realize the state is looking at saving money, but this is money that follows the student. It goes to the student, not to the institution, and to take this money away from them is devastating,” Boyd said.

But Plasencia said during a budget presentation Thursday that the House targeted the program because of financial constraints.

Plasencia also is recommending the state eliminate the Access to Better Learning and Education tuition assistance program, which serves students at for-profit private institutions. The program is funded at $4.6 million in the current year.

“Given the severity of our economic situation, I cannot in good conscience continue to provide public funds for the benefit of private, for-profit institutions, Plasencia said.