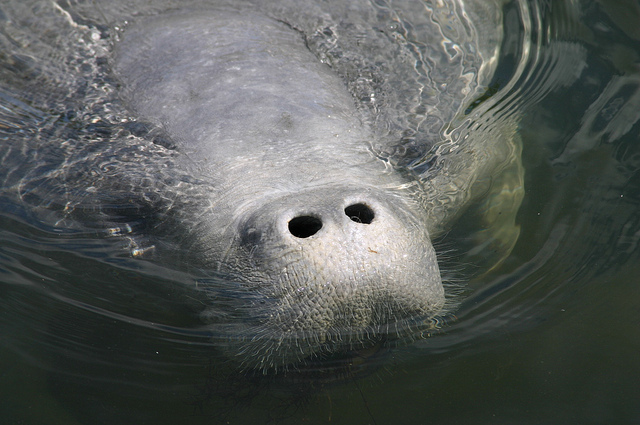 Manatee migration could be a temporary fix, but long-term solutions are needed.

The winter die-off of starving manatees on Florida’s Atlantic coast might subside soon with their spring migration, but wildlife officials do not know if the crisis could repeat next winter and the next, a Senate committee heard Monday.

This winter, manatees have been dying at an alarming rate, with more than 540 carcasses being found since early December, mostly in and around the Indian River Lagoon. That is about three times normal.

Many of the dead manatees looked as if they starved to death, leading officials to worry that winter food sources, primarily seagrass, have been disappearing around the warm-water spots where manatees congregate for the winter.

That investigation is just starting and there is no certainty yet what is happening in the water, Gil McRae, Director of the Fish and Wildlife Research Institute in Florida’s Fish and Wildlife Conservation Commission, cautioned the Senate Committee on Environment and Natural Resources.

“We do know manatees are on the move. We do know they are moving out from those warm water refugees,” he said.

The bad news is the prospect that this year’s mortality event is different from what Florida has seen previously.

In the past 20 years there have been several other unusual mortality events involving manatees. But they were determined to be caused by red tides, algal blooms, or unusually cold winters. None of those episodic conditions occurred this winter. This current mortality event could suggest a longer-term problem that could persist in future winters.

“Next year and beyond, this may be a longer-term issue we may have to deal with,” he said.

McRae appeared at the request of Democratic Sen. Linda Stewart of Orlando, who is vice chair of the committee and chaired Monday’s meeting.

In some areas of the Indian River Lagoon, 50-60% of the normal seagrass is gone, McRae said.

Before, and seemingly unrelated to, McRae’s presentation, the Senate Committee on Environment and Natural Resources approved SB 1668, from Republican Sen. Ana Maria Rodriguez of Doral. That bill would create a state-controlled seagrass mitigation bank. It would allow developers involved in projects that damage coastal area submerged lands to restore seagrass beds in state-controlled submerged sovereign lands to make up for it.

That bill and its House counterpart have opposition from some of Florida’s environmental advocacy groups who are concerned it could encourage more degradation of marine lands by developers. But Rodriguez pitched it as a way to restore seagrass along the Atlantic Coast. The committee approved it unanimously without debate.

Longterm, McRae said, restoration of seagrass may be a critical response to the manatees’ plight. Shorter-term answers are less certain. But they include rescues of distressed manatees and recovery of manatee carcasses so their deaths may be investigated. He encouraged the public to call his agency’s wildlife alert hotline or go to its webpage to report them.

Cleaner water and other improvements to the Indian River Lagoon also will help, he said.

Supplemental feeding, however, is discouraged, and it’s illegal for the public to do so. Still, he did not rule that out for authorities’ potential responses, if the investigation finds a chronic lack of food.

“One of the things the (federal-state) working group has to consider is if food limitation is going to be a long-term issue in the Indian River Lagoon. Something to deal with that food limitation has to be in play,” McRae said.

The seagrass bill heads next to the Senate Community Affairs Committee.