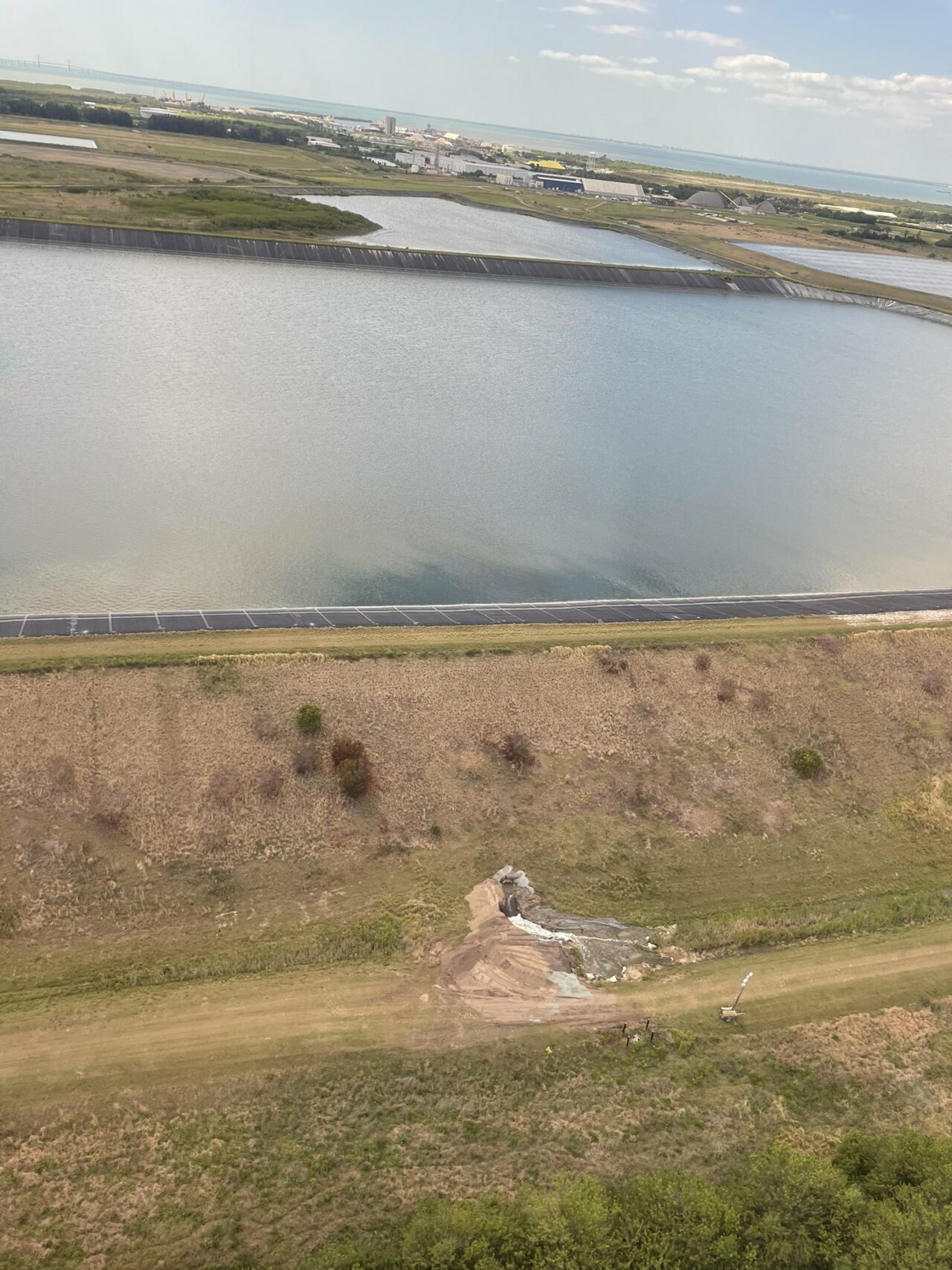 Jim Boyd and Will Robinson before a water stack breached already sought millions for repairs.

State, local and federal officials continue marshaling forces together to prevent flash flooding and ecological ruin around Piney Point. But the question remains, what comes next?

Sen. Jim Boyd and Rep. Will Robinson, both Bradenton Republicans, already filed legislation (HB 4057) seeking $6 million in appropriations from the state with a $6 million local match. The funding would be used to research how to best get rid of 800 million gallons of untreated industrial wastewater.

The initial application for funding lays out plans for a feasibility study on alternative storage methods. Both Robinson and Boyd say a clear option could be the use of deep well injection to store the water underground but set it away so it could not contaminate the Floridan Aquifer.

That’s a project that in itself would cost $12 million to $15 million, Boyd said. But he’s confident it would safely remove the threat that’s posed, leaving the water where it is. And if there’s one good thing the last week did for regional lawmakers, it was convincing the entire state these pollution-filled ponds can’t be ignored any longer.

“Everybody realizes this is a problem now,” said Boyd, who 10 years ago in the House started fighting for attention on Piney Point.

Based on a conversation on Sunday with Gov. Ron DeSantis, Boyd believed federal money is already coming to Florida that could be directed to the Manatee County problem. DeSantis, at a press briefing on Sunday, said there must be a permanent solution found on the site.

The water, stored in multiple ponds on-site, includes byproducts of an abandoned phosphate and fertilizer mine, and has also been used for matters like water disposal from a nearby dredging project in Port Manatee. Millions of gallons have been poured now into Tampa Bay to relieve pressure on the failing water stack.

While the lift of the research appropriations frankly became much easier in recent days, Robinson knows hefty costs may lay ahead as environmental officials find ways to close a phosphogypsum stack for good. Even draining the ponds completely only provides a temporary solution. The land must also be filled in or leveled.

Rep. Michele Rayner-Goolsby, a St. Petersburg Democrat representing the Palmetto area, said she’s talking with University of Florida scientists and other experts on long-term solutions. That may include the use of hemp as a nutrient cleaning crop on site.

But she declined to discuss deep well injection, in part because she feels she hasn’t been briefed as readily on all the science. She joined in voicing frustration it’s taken this level of disaster to get any attention to the problem.

She’s frustrated now that DeSantis and his team have not kept her office abreast of the problems the same way as those lawmakers who live in Manatee, who happen to all be Republicans. One example, she said she received just 30 minutes notice before a press briefing in which all other Manatee Legislative Delegation members could be seen standing by the Governor.

“We need all hands on deck, and this is not a partisan issue,” she said. “The only briefing I have had is from the stakeholders in the community, to be honest with you.”

Boyd, while speaking highly of Rayner-Goolsby as a Representative, disputed that the response to the environmental threat has been partisan. Rather he suggested those members living in the county have been at the site perpetually over the past three days and therefore required little notice before any briefing.

Rayner-Goolsby, for her part, also spoke highly of communication lines with Boyd, and said her problem is with no members of the local delegation but with the Governor’s office and state agencies.

Robinson’s chief focus, he said, remains on funding. He fully expects the DEP to lean into site owners for the abandoned mine but stressed trying to find money there; the state could come up dry. The site is under foreclosure, and there simply may not be dollars to claw from private parties.

But without it being public land, that only complicates matters of forcing any major changes to the infrastructure there.