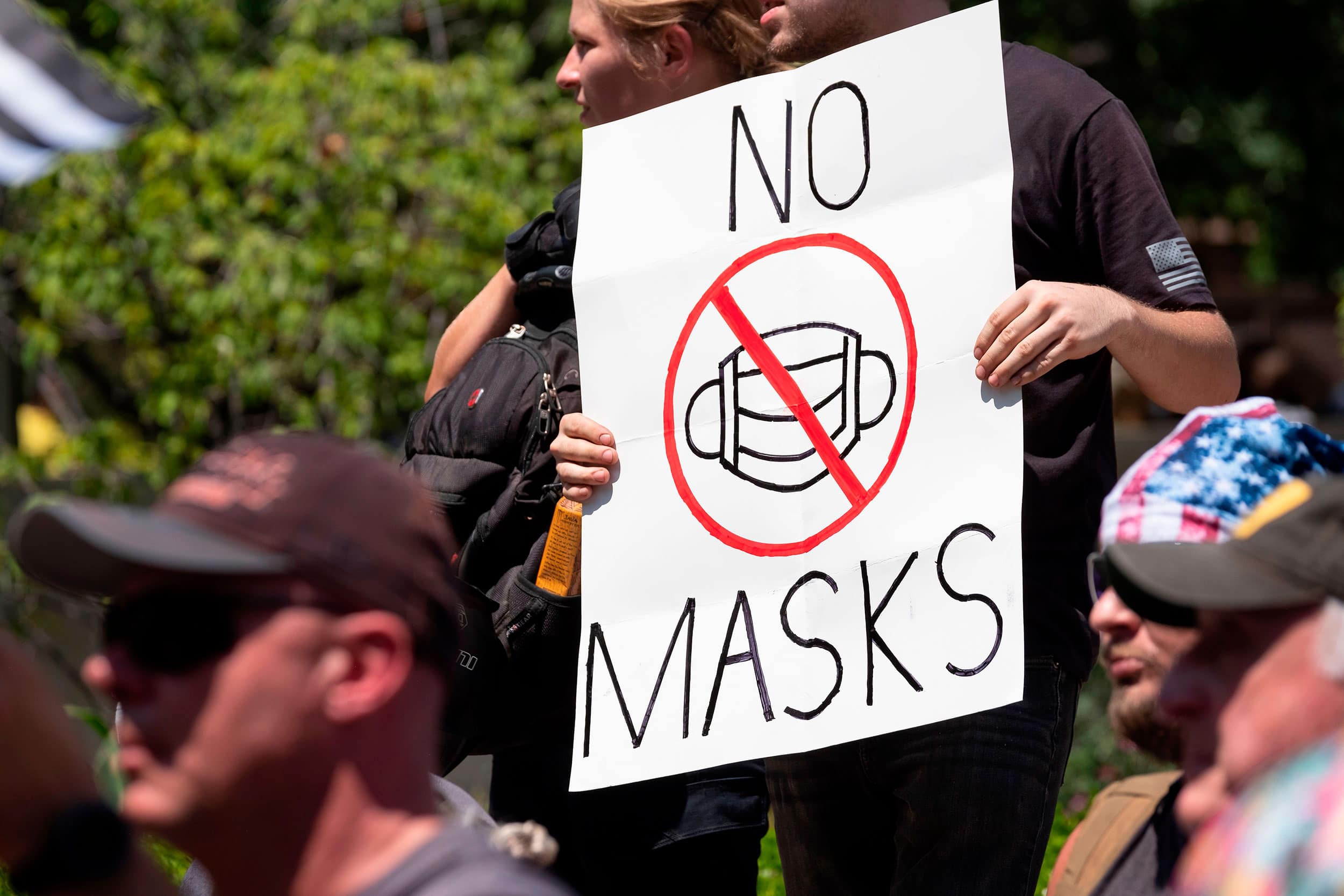 Two cases of the South African COVID-19 variant have been confirmed in Orange County.

Orange County Mayor Jerry Demings said Monday that he hopes to be able to lift his mask mandate for businesses within a month or two, but that’s contingent on COVID-19 spread.

And now two cases of the highly contagious and potentially more dangerous South African variant of COVID-19 have been confirmed in Orange County, officials said Monday.

Officials at Demings’ twice-weekly COVID-19 news conference Monday cautioned against alarm, noting the findings have been expected for some time and were only discovered from genetic testing of previously sampled cases.

Officials also confirmed two new cases of the Brazilian variant known as COVID-19 P.1. Those were among 36 new variant cases identified in recent days in Orange County, including those of more common variants seen from the United Kingdom, according to Alvina Chu, Florida Department of Health epidemiologist for Orange County.

Both Demings and Chu pushed for continued pandemic precautions, including mask wearing, social distancing, and avoidance of crowds, until more progress is made toward widespread vaccinations.

Demings suggested he might consider lifting the mask mandate once more than 50% of the county’s population is vaccinated, provided there are no new surges. But he noted the South African variant’s arrival in the county as another potential complication for returning to normal soon.

Despite Gov. Ron DeSantis‘ ban on enforcement of local mask mandates, Orange County has continued to monitor business compliance to Demings’ mask mandate, only without fines. Compliance has been high, Demings said Monday.

“The mask mandate will end, I think, as we get closer to maybe 50% or better of our total population having been vaccinated,” Demings said.

“Suffice to say, I believe that by the time we get to June perhaps we should be there, at that point. But we’ll see. And it’s contingent upon the spread of the virus within our community,” Demings added.

And the COVID-19 variants raise concern about new new surges.

“The B.1.351, first identified in South Africa, there have been studies that show that it can be up to 50% more transmissible, and also potentially increases the severity of the illness. You always ask, should we be concerned? I wouldn’t be here if I wasn’t concerned. But concern isn’t panic,” Chu said.

“So as we get the vaccines rolled out to as many people as possible, we hope people continue to do the pandemic precautions, so that we can continue to contain the spread of the outbreak,” she added.

Orange County now has seen 128 cases of the COVID-19 variants, among the 125,661 total COVID-19 cases confirmed in Orange County since the start of the outbreak just over a year ago, she said.

According to the U.S. Centers for Disease Control and Prevention, there now have been 24 cases of the South African variant identified in Florida, and 374 nationally.

Demings also expressed concern that the county’s rolling 14-day average of positive test results has been creeping upward, reaching 6.5% of all tests for the 14-day period through Sunday’s test results. Through much of early March the rate had fallen below 5%.

Demings also announced that COVID-19 vaccines have been distributed to the University of Central Florida and Rollins College and that they would begin providing vaccinations to students and others in their communities starting Wednesday.