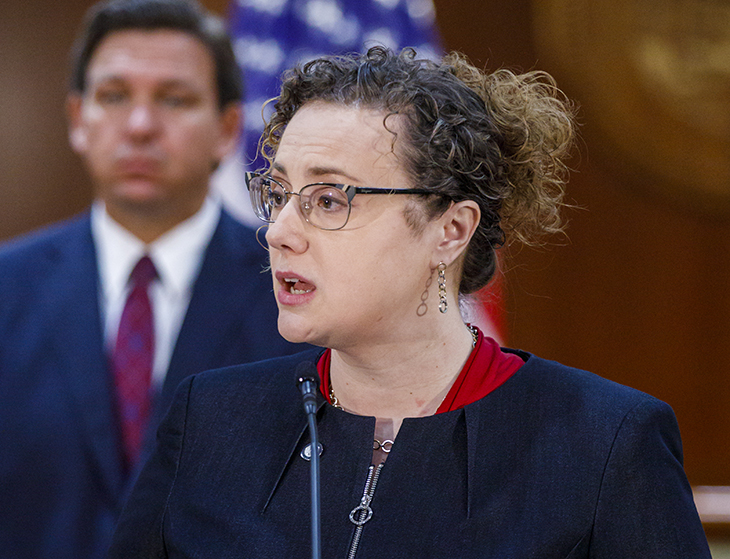 The proposal chips away at abortion rights, opponents say.

Disability abortions may soon be outlawed under a bill cleared by a House committee Tuesday.

The Health and Human Services Committee OK’d the bill (HB 1221) with an 12-8 vote. Rep. Erin Grall, a Vero Beach Republican, is the bill sponsor.

Grall’s proposal would prohibit a physician from performing an abortion if they know or should know that a woman’s decision to abort is based on a test result that suggests a disability.

The bill makes exception for abortions deemed necessary to save a woman’s life. It also extends immunity to a woman if they violate or conspire to violate the provision.

According to the bill, the prohibition would apply to defects, diseases and disorders including but not limited to:

— A mental or intellectual disability

— A physical or mental disease

The proposal came under heavy fire from pro-choice advocates and Democrats including Rep. Kelly Skidmore of Boca Raton.

Skidmore described the bill as another slight against a “woman’s fundamental right.”

“This bill forces me to lie to my doctor and sneak around to another doctor,” Skidmore said. “It’s another layer of shame on top of a difficult decision. We already know ‘Don’t Ask Don’t Tell doesn’t work.’ This is another version. I just don’t believe that this is helping the disability community in the way that you believe it is.”

He noted that similar measures have failed in other states such as Indiana.

“Deeply personal decisions about abortion should be made by a woman in consultation with their doctor, not by politicians or government bureaucrats,” Duran said.

Meanwhile, proponents including Republicans argued the bill protects the unborn from a eugenics-like practice.

Republican Tyler Sirois of Merrit Island highlighted that while the issue is contentious, it does not prohibit abortions if the baby has a fatal condition.

A disability, Sirois said, is “not a disqualifier for life.”

“This bill acknowledges that these are lives worth living and that they add value and make a contribution,” he said. “Whether it’s in arts or in music, or just bringing smiles to the people around them, or even if it’s just simply feeling the sunshine on their face.”

Grall’s proposal moves next to the House floor.