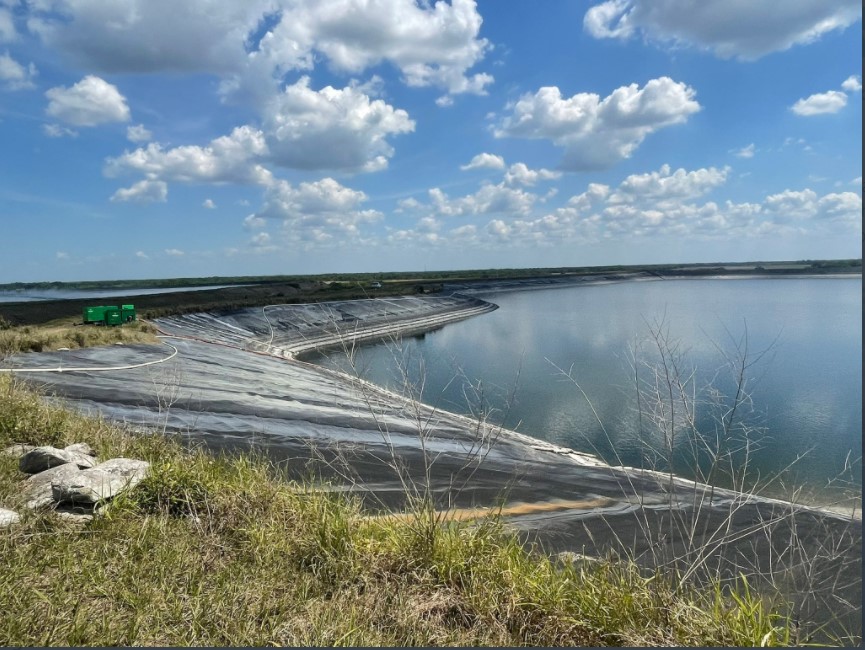 In a letter to Gov. Ron DeSantis, he urged the state and federal government to work together to assure residents about what was taking place.

“The situation in Piney Point is dire and has the potential to be one of the most devastating environmental disasters our region has seen in recent history,” Crist said. “We need an all hands on deck approach that will allow the EPA to join forces with our state and local leaders. The public deserves a full understanding of the situation — transparency is key.”

A breach at an abandoned phosphate mine in Manatee County prompted DeSantis on Saturday to declare a state of emergency. The state Department of Environmental Protection in concert with Manatee County, concerned a collapse of a water stack would bring flash floods that threaten surrounding homes, has been pumping water from the leaking reservoir into Port Manatee.

DEP officials pushed back on media reports the water contained excessive levels of radiation, but said the pond does contain high levels of phosphorus and nitrogen and has high pH levels, all of which could contribute to algal blooms in the Bay and beyond.

Notably, U.S. Rep. Vern Buchanan, a Sarasota Republican representing Manatee County, already pushed for the EPA to assist in the operation, along with the Army Corps of Engineers. The extra infrastructure from the federal agencies has increased pumping capacity from 35 million gallons a day to about 100 million gallons a day. Officials do not know how much water must be removed before water pressure lets up enough to allow repairs.

While the state seeks a permanent location and the removal of water in three ponds on site, possible through a deep well injection, the practice of pouring polluted water into Tampa Bay has alarmed many in the region.

“Per your direction, the State has been pumping wastewater into Tampa Bay, informing that ‘the water meets water quality standards for marine waters with the exception of pH, total phosphorous, total nitrogen and total ammonia nitrogen,’” Crist wrote in his letter. “The millions of gallons of wastewater being dumped into Tampa Bay each day raises concerns for outbreaks of harmful algae blooms and impacts to marine life. It is also my understanding that while these discharges do not currently pose a threat to drinking water, that may change in the event of a full breach.”

Environmental officials acknowledge the base of the reservoir has more pollutants. So do other ponds on site.

The politics of Crist’s letter are hard to ignore.

The St. Petersburg Democrat, who previously served as a Republican Governor of Florida, has signaled he may challenge DeSantis for the job of Governor when the Republican incumbent faces reelection next year. Crist ran unsuccessfully for Governor in 2014 against then-Gov. Rick Scott before running for his current House seat two years later.

The Piney Point site, meanwhile, exists as a black eye for all state leaders, with regional officials seeking a state solution to the environmental risk for the past 20 years. The last breach on site occurred in 2011, when Scott was Governor, but the reservoirs have stood since Crist was in the mansion and through the first half of DeSantis’ term.