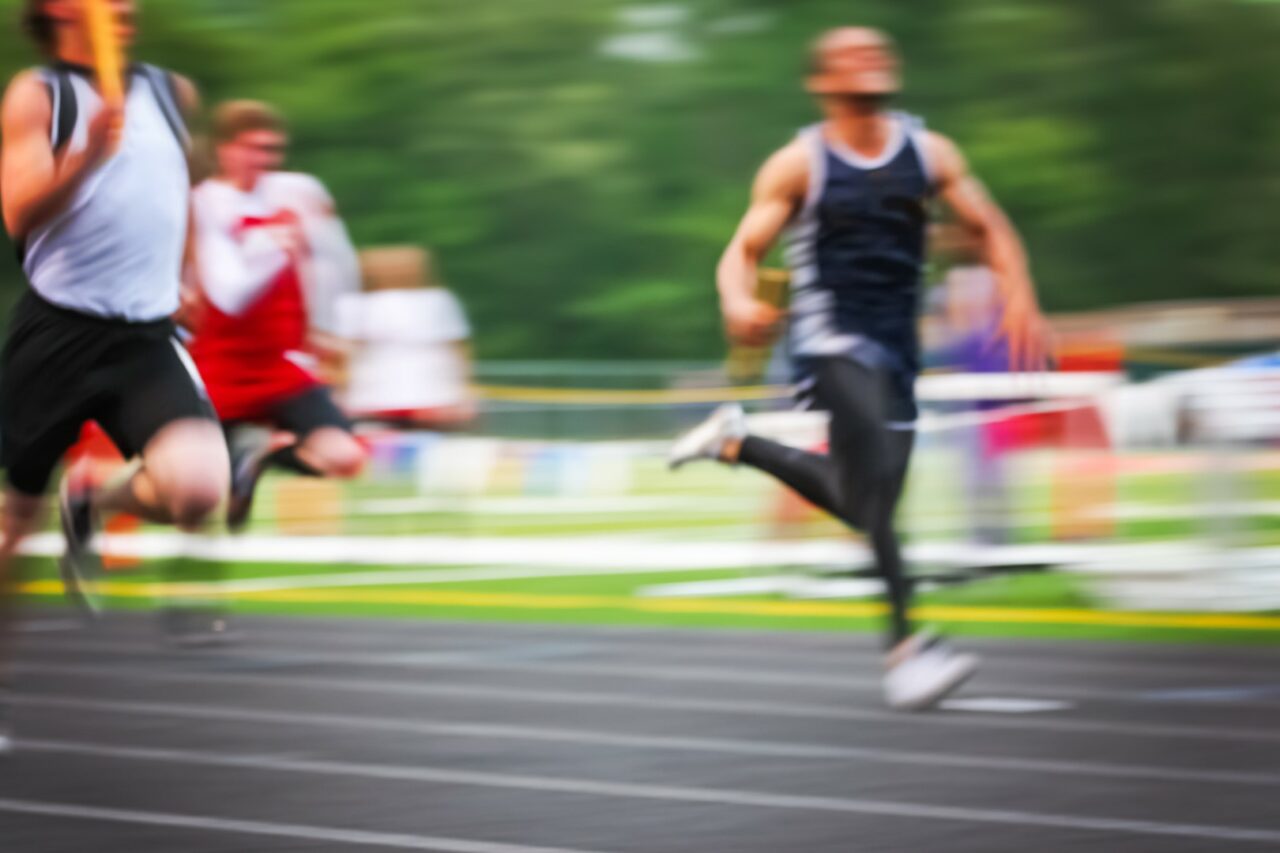 Session homestretch takes a toll on minds, bodies, and souls.

For Northeast Florida’s Legislative Delegation, this is the beginning of a final stretch of long days.

The budget, the homestretch for a handful of bills (and the graveyard for many more), endless days, and the cumulative effect of the schedule crunch takes a toll on minds, bodies, and souls.

Some are dealing with more than others.

Consider Rep. Angie Nixon, who bears the burden of being both a new mother and a first-term legislator.

Hello World! We’re having a tough week already. Teething, high fevers, incessant crying OH MY! I sure hope this quote on A. Jai’s onesie rubs off on us for the remainder of the week. 🥴🥴🥴 pic.twitter.com/0qBcFeDpuX

Hopefully, for the HD 14 representative’s sake, those “good vibes” come into play.

Meanwhile, once the Session is over, some lawmakers will be busier than others.

Three of Nixon’s colleagues (Reps. Cord Byrd, Jason Fischer and Clay Yarborough) are running for the state Senate seat opening by the exit of termed-out Sen. Aaron Bean. As busy as this year has been so far, the real work begins when the final hankie drops.

If you are in The Process, you know that this will end in just a matter of weeks. The fevered urgency of the spring gives way to normal-ish life, at least for a while.

But as Bold readers know, the cycle never really stops.

U.S. Rep. Al Lawson joined a national chorus of mourning for a fallen Congressional colleague this week. Rep. Alcee Hastings died at the age of 84 this week, and Lawson paid tribute to a friend in a statement that neatly summed up the legacy of the South Florida Democratic icon.

“We lost a great leader in Florida today. Alcee was a kind and honorable man and well respected in Washington among his colleagues on both sides of the aisle,” the North Florida Congressman contended.

“He was a champion for human rights and social justice and a constant advocate for South Florida’s underserved community. His fearless approach to service made him a trailblazer in Congress and throughout his career,” Lawson said, before referencing the enduring quality of their relationship.

“I’ve been blessed to know him for more than 30 years. We spoke on the phone two weeks ago, and I told him I was praying for him. Alcee was a fighter until the end. I will miss my friend, fraternity brother and fellow FAMU alum. His loss will be felt far beyond Florida and the halls of Congress, but across our nation,” Lawson added.

U.S. Rep. John Rutherford muscled his way into the culture war Monday, with a series of tweets aiming at “woke” culture in the wake of corporate backlash against Georgia voting law changes.

“This absurd “woke” culture is a dangerous and slippery slope. Major corporations are now boycotting doing business in Georgia because they are afraid of online criticism. Maybe Americans who support secure elections should boycott these corporations,” Rutherford asserted.

The Congressman went on to bait these companies further.

“I hope these woke corporations like the tax plans laid out by President [Joe] Biden, Bernie Sanders and AOC [Alexandria Ocasio-Cortez] that will kill growth, hurt jobs, and increase costs to consumers,” Rutherford added.

The Congressman also piggybacked Sen. Marco Rubio’s troll of the baseball commissioner for keeping a golf club membership even after moving the All-Star Game: “Why would the MLB commissioner keep his exclusive Augusta National membership in a state he says restricts voting access? Looks like he’s fine punishing the people of Georgia based on lies as long as his lifestyle isn’t affected.”

Candidates may be lining up to primary Rutherford, but the culture war engagement here says he’s running again in 2022.

The legislator was among a group of legislators featured in a News One article about young Black legislators in Florida and Georgia this month.

HB1 passed in a majority white male Republican House but not before hearing truth from State Rep. Angie Nixon. We need more strong women like her to speak truth to power. pic.twitter.com/0TOZNU4yYU

“Some of our greatest moments in this nation are rooted in protest,” Nixon exclaimed. “This bill is designed to keep us fearful. To keep us in check.”

Nixon, who defeated former Rep. Kim Daniels last August in what proved to be a decisive Democratic primary in HD 14, continues to represent a radical shift from the preacher, who was the most socially conservative Democrat in the Legislature during her term.

The early file (almost two years before the March First Election) is with good reason. As 2015 showed, these sheriff races are multipolar, hard to handicap, especially in the first election. Eventual winner Mike Williams cleared a seven-man field in March and in May narrowly edged Democrat Ken Jefferson. However, there was a lot of drama and oppo ahead of that.

In 2019, Williams dispatched one Democrat; it was over in March.

It won’t be over early this time around. Speaking of Republicans, one to watch there is Mike Bruno, who currently holds the same director position current Sheriff Williams did before he ran. Williams and those central to his political operation (hello, Kent Stermon) will back Bruno.

The nonprofit has quickly garnered national recognition for helping former soldiers who have PTSD.

Thank you, @MagnumWriters for the shout out to @k9sforwarriors and your focus on PTSD and Service Dogs on @MagnumPICBS! pic.twitter.com/rKAJkCD645

Diamond, the CEO of K9s for Warriors, has pushed for publicity and funding for the group, which links vets with service dogs as they readjust to the homefront. He told Bold about the interest of the Magnum writers as a long-term thing.

“The writers have been retweeting our editorials and research efforts,” Diamond related. “They never told us they were putting us in an episode centered on service dogs and veterans with PTSD, but we were pumped!”

Jacksonville’s new NFL head coach Urban Meyer made a move none of his predecessors did this week. On Tuesday night, the new Jaguars’ leaders visited the Duval County School Board meeting, where he honored Superintendent Diana Greene.

GOOD GAME, GREENE | @Jaguars Head Coach Urban Meyer dropped by the @DuvalSchools board meeting to honor @DrDianaGreene for being named Superintendent of the Year by @PublicSchoolSup. The Jags were also recognized for their DCPS partnership. #News4Jax @wjxt4 pic.twitter.com/UI6zpzsSjO

Florida selected Greene as the state’s Superintendent of the Year for leading Duval County schools through the pandemic. And coach Meyer honored her with a pair of custom cleats.

One shoe has “2021 Superintendent of the Year.” The other has her name on it. The distinctive Duval Schools logo is on the side.

WJXT notes that Greene is only the second Black woman to win the award since it was first issued in 1988.

In a sign of more things returning to normal as the coronavirus pandemic seems to be waning, the Jacksonville International Airport opened up one of its most popular services at the travel hub.

The Economy Lot 1 at JIA started to take motorists parking their vehicles during extended trips this week. The Jacksonville Aviation Authority announced the economy lot handled customers again Monday after a year of being closed when air travel plummeted due to the outbreak.

As the lot opened Monday, it was the same day that JIA saw an estimated 7,500 passengers fly out of Jacksonville. That was the highest number of passengers for a single day of air travel at the First Coast airport in a year.

“As people feel safe being in airport terminals and flying in airplanes again, we want to be ready for the increase in traffic,” JAA CEO Mark VanLoh said. “Given the updated guidance from the CDC (Centers for Disease Control) on vaccinated people traveling, that could happen very soon.”

The economy lot has reopened for the first time in about a year, with some changes in the operation, including:

— The lot is credit card only, no cash.

— Masks are required on shuttle busses to and from the terminal.

— Economy lot rate remains the same at only $6 per day.

Looking to fly rather than drive to New Orleans? New flights from Jacksonville International Airport are now available for that westbound trip via Spirit Airlines, reports the Florida Times-Union.

“New Orleans is one of our most requested leisure destinations,” Jacksonville Aviation Authority CEO Mark VanLoh said. “We are so excited that Northeast Floridians now have a nonstop flight from the Bold City to the Big Easy.”

Flights start June 3, not exactly the peak of the tourist season in NOLA, at $79 each way. And so far, it’s a limited route for these 70-seat planes, according to reporter Dan Scanlan.

“Twice-weekly flights will be on Thursdays and Sundays, leaving Jacksonville about 11:35 a.m., then landing at 1:05 p.m. New Orleans time. The return flight is 1:45 p.m., arriving back in Jacksonville at 5:10 p.m.,” Scanlan writes.

One of the most significant resources surrounding St. Augustine will be celebrated for a week on the waters of the Nation’s Oldest City between April 17-24.

St. Augustine Sailing Enterprises Inc. and Yacht Sales by Rose Ann are sponsoring St. Augustine Race Week beginning April 17. The sixth annual event will feature watercraft races on the waters in and around St. Augustine for the entire week. The Race Week will involve multiple clubs and businesses from St. Augustine and will include races for adults and children.

Rose Ann Points, one of the co-owners of Sailing Enterprises and Yacht sales said the week will celebrate maritime diversity.

“The ‘Big Boats’ will race off the coast of St. Augustine in the Atlantic Ocean and inshore racers will sail in the Tolomato River, just north of the Vilano Bridge,” Points said. “We’ll have great fun cheering on the youth sailors in the Matanzas Bay between the Castillo de San Marcos National Monument, the oldest masonry fort in the continental United States, and the renowned Bridge of Lions that spans the Intracoastal Waterway in St. Augustine.”

Anyone seeking additional information and registration can go to the website staugustineraceweek.com.