Republican Sen. Danny Burgess stood before a Senate committee for nearly eight hours Friday, delivering on Gov. Ron DeSantis’ plan to advance a bill that would stiffen penalties against rioters in Florida.

The Senate Appropriations Committee OK’d the measure (HB 1) 11-9 along a near party-line vote, distinguishing the committee as the sole Senate panel to take up the proposal.

Sen. Jeff Brandes was the lone Republican to break party ranks on the bill.

The bill would intensify a handful of criminal and civil penalties against rioters while also creating a new penalty coined “mob intimation.”

The bill would also allow state leaders to overrule a municipality’s decision to cut a police department’s budget. Under that provision, a state attorney or council member can petition a budget cut to the Governor and Cabinet.

“I’m heartbroken that our state and our nation has reached a point of impact where I personally believe that this legislation is necessary,” Burgess said.

Outnumbered Democrats filed nearly a dozen amendments hoping to dilute the legislation, underscoring the party’s fruitless attempts to reshape the legislation since its inception.

Democratic Sen. Linda Stewart filed an amendment to undo a provision that would require a rioter to remain in jail until their first appearance. The amendment, like others, was voted down.

Democratic Sen. Bobby Powell Jr., meanwhile, filed two amendments that may find success outside of the bill. Powell, who deliberately wore his U.S flag pin upside down to signal duress, proposed a race-focused study on the legislation’s impact.

In a rare show of Tallahassee bipartisanship, Burgess vowed to work with Powell to commission the study.

The pair, Burgess said, will draft a letter to Senate President Wilton Simpson.

“I’m not leaving until they do,” Burgess told him.

Notably, he inquired whether former President Donald Trump would fall under the new mob intimidation charge based on his alleged role during the Capitol insurrection.

Burgess, who wouldn’t field the question, appeared to grow uneasy as the questions continued. He occasionally referenced his notes and looked to staffers for clarification.

Committee Chair Kelli Stargel stepped between the exchange at times, reminding Burgess he is not required to take on the question at hand.

“I don’t fault you for not knowing the nuances of criminal law…” Pizzo later told Burgess. “But I do fault the premise that you don’t understand and appreciate what this means in application for Black and Brown people.”

Pizzo, the Criminal Justice Committee Chair and staunch opponent of the measure, refused to grant the Senate companion bill (SB 484) a hearing.

Speaking to Florida Politics last week, Pizzo signaled that his fight wasn’t over.

“I’m going to ask my questions,” Pizzo said. “I’m going to debate my debate and the bill sponsor should be prepared.”

DeSantis announced his vision for the bill in September amid a nationwide spree of riots and protests spurred by fatal police interactions, including the high-profile police killing of George Floyd in Minneapolis.

In all, subsequent vandalism and looting resulted in $1 billion to $2 billion in paid insurance claims throughout the country, Axios reported.

Despite critics’ contentions, Burgess and proponents assert the legislation does not target the Black Lives Matter movement.

Throughout the committee’s hours-long public testimony, not one of the more than 65 public speakers spoke in support of the bill.

Among many points, critics, including the ACLU and Democratic lawmakers, argued the bill will disproportionally impact minorities.

“The bill itself is an attempt to suppress the oppressed,” Democratic Sen. Audrey Gibson said.

They also argued the bill would encroach on free speech rights and put lives in danger.

“We ought to think about burying this bill,” Democratic Sen. Darryl Rouson said after noting Friday marked the 53rd anniversary of Dr. Martin Luther King’s burial.

Notably, Brandes, a Republican, described the bill as a “missed opportunity” for bipartisanship.

“It starts out with the first line,” Brandes said. “It’s called the anti-riot bill. What if we just had a little paradigm shift and called it the public safety bill? We perpetuate this win/lose mentality and its perpetuating in our political culture right now.”

Proponents including the Florida Sheriff Association and Stargel, meanwhile, counter the bill targets lawlessness rather than free speech.

Stargel, a Republican, cited the 2020 summer riots in her closing remarks.

“I will not stand here and protect the right for someone to make that cause by destroying someone’s car, by burning down someone’s building, by getting in someone’s face and saying you need to say these words or I’m going to punch you,” Stargel said.

Republican Sen. Ed Hooper, meanwhile, encouraged others to sympathize with the challenges law enforcement officers face. He said he wouldn’t take on the job “if it paid a million dollars.”

“You’re walking up on people and you have no clue who’s in there, what they’re doing, what they’ve done, what they’re going to do. It scares the you know what of me,” Hooper said.

Unlike Democrats, most Republican members opted out of debate.

nextTakeaways from Tallahassee — What a riot 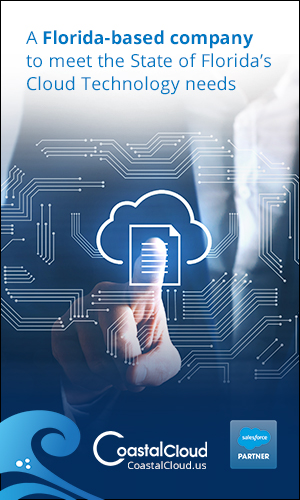