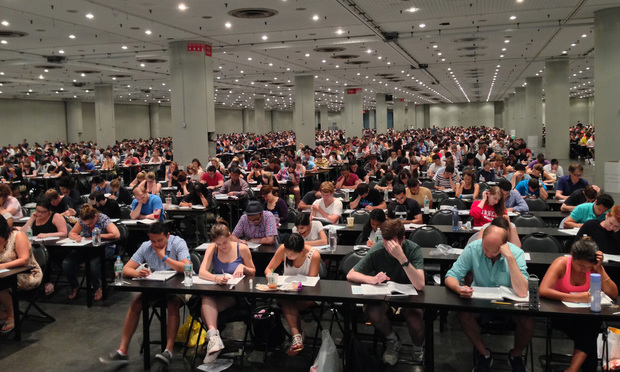 Pass rate percentages ranged from the high 30s to 78.

Florida State University College of Law leads the state in the percentage of first-time bar exam test-takers in February who passed the test required for admittance into the Florida Bar.

Though the school had significantly fewer test-takers than other schools, of FSU’s nine examinees, seven passed the exam, or just under 78%.

The next most successful school in the February cohort was Florida International University College of Law, with a 75% pass rate among its 20 first-time exam-takers.

Of Florida schools represented in the latest bar exam, St. Thomas University College of Law had the lowest pass rate, with 38.5% of its test-takers passing on their first try. A total of 13 students from that school took the exam.

Among students from non-Florida schools, 154 took the exam for the first time, with 78, or 51% passing.

The Florida Supreme Court approved 502 candidates for admission to the Florida Bar Monday.

Remote induction ceremonies hosted by the Florida District Courts of Appeal will be held to swear in new attorneys on May 3.

The exam was administered online remotely Feb. 23-24 because COVID-19 precautions. Scores were mailed or posted to applicant portals Monday.

The first exam, scheduled in person, was canceled to avoid spreading the virus. A second exam, planned remotely online, was canceled because of software issues.

That prompted students to petition to waive the exam requirement and allow them to practice temporarily. The Florida Supreme Court ultimately rejected the request, arguing it could cause public harm.