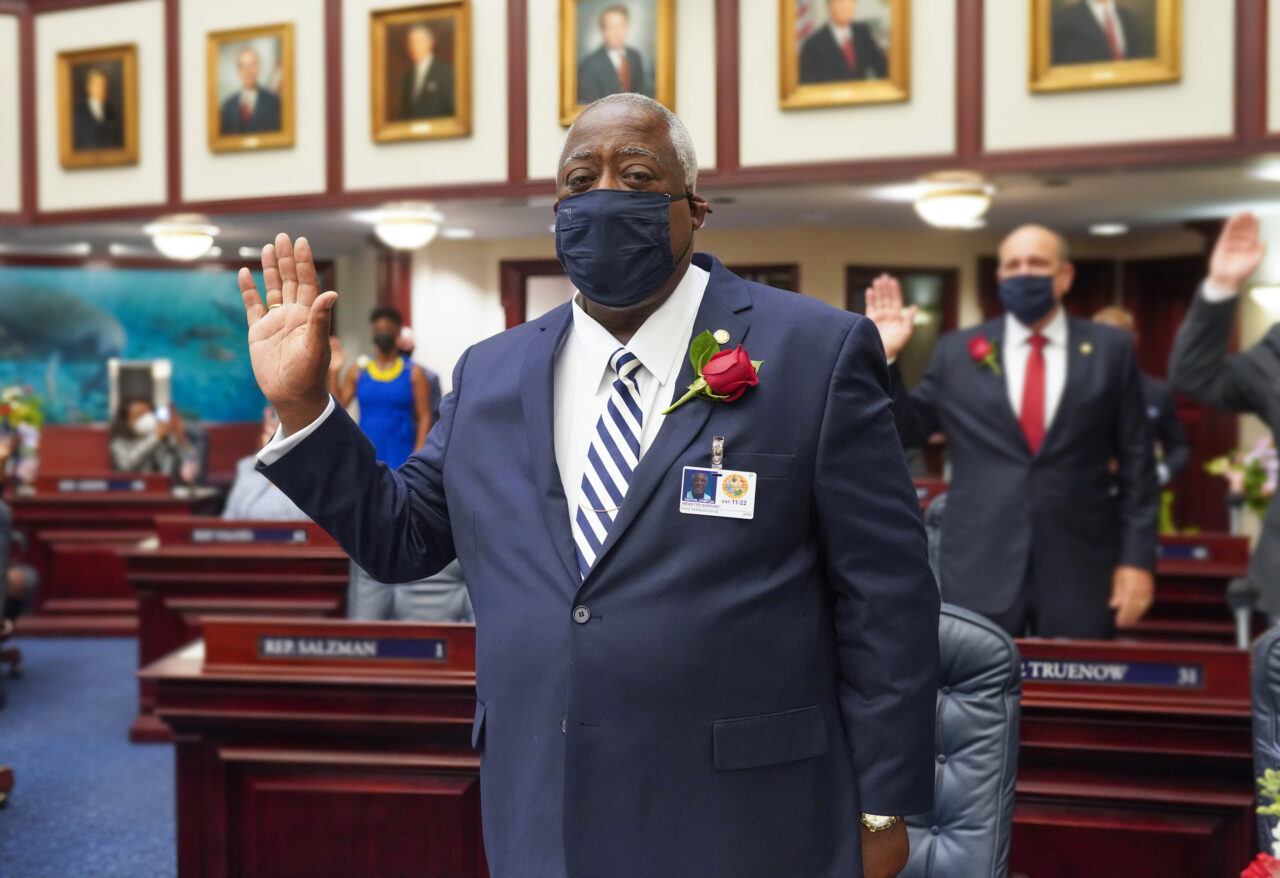 The Florida High School Athletic Association prohibited prayers during an event in 2016, sparking a lawsuit.

A bill to allow opening remarks ahead of high school sports championship events is ready for a vote in the House.

The bill (HB 1027), sponsored by Deltona Republican Rep. Webster Barnaby, would afford a speaker two minutes for public remarks over a loudspeaker before a high school championship game.

“This is a bill that allows for a speaker to come to a school sporting event and to give a motivational two minutes to motivate our young people before they take up the field of their choice,” Barnaby told House members during questioning Tuesday.

The proposal comes after the Florida High School Athletic Association prohibited the Cambridge Christian School of Tampa from offering a prayer over the public-address system before a football championship game at Orlando’s Camping World Stadium in 2016, sparking an ongoing legal battle.

The bill would require an association — mainly the Florida High School Athletic Association — to announce that a school’s opening remarks are “not endorsed by the association, nor do they reflect the views and opinions of the association.” Associations would also be barred from controlling the school’s remarks or choice of speaker.

“When choosing a representative to speak, we trust our school administration, coaches and staff to choose a speaker that is in alignment with the school’s mission and core values,” Barnaby said. “These are the same decisions school administrators make today when allowing anyone to speak at a school function.”

However, Democrats, including Miami Gardens Rep. Christopher Benjami, contended the bill would effectively allow schools to endorse prayers, which would violate the Constitution. Barnaby objected to that assertion, arguing it “clearly doesn’t.”

If the bill becomes law, it would take effect in July. But the chances of that are beginning to look slim with less than two weeks remaining in Session. The Senate version (SB 880), carried by Doral Republican Sen. Ana Maria Rodriguez, was postponed last month in its first of three committees.

nextSenate could scale back elections bill