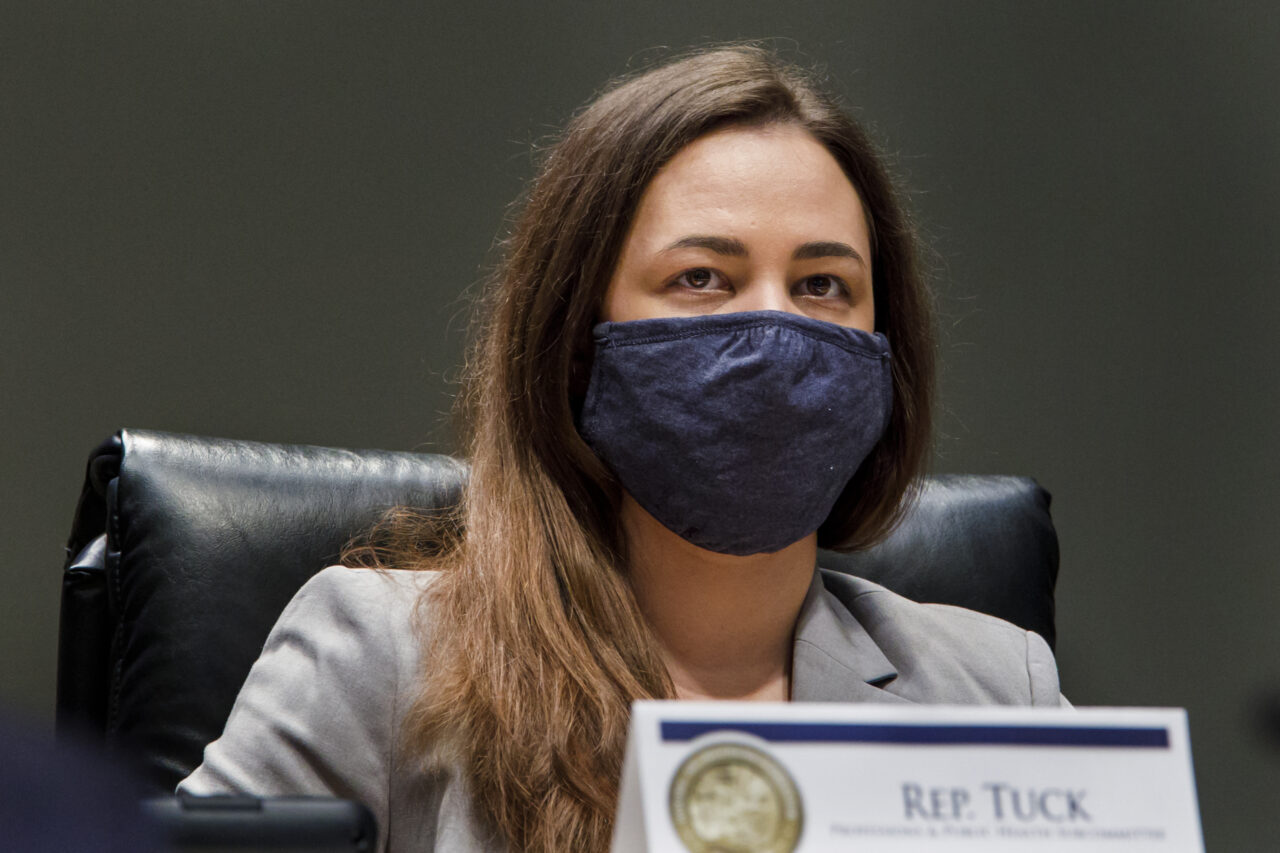 Supporters say the measure protects the integrity of women's sports.

The Florida House on Wednesday passed a bill 77-40 that would ban transgender girls from participating in women’s sports.

Supporters argued the legislation (HB 1475) will preserve the integrity of women’s sports because transgender girls have an unfair advantage. That’s despite an array of women’s sports organizations opposing the bill, and the NCAA threatening to pull all championships from the state, which could jeopardize a $75 million economic impact.

Rep. Michele Rayner, a St. Petersburg Democrat and the only gay woman in the Florida House, wept as she argued against the bill’s passage.

“As a lawyer, I have been trained not to have emotion when I debate. But we are talking about children … we are talking for children who can’t speak for themselves,” she said.

Rep. Kaylee Tuck, a Lake Placid Republican, carried the bill and argued that “biological women” could face a competitive disadvantage competing against individuals born male, but who now identify as female. She pointed to Connecticut where two transgender athletes set state records in 15 events in which the prior records were held by eight individuals.

The legislation has been among the most controversial of the Session, generating hours of debate over amendments. House Republicans voted down 18 amendments offered by Democrats on the floor on Tuesday. Those included changes that would have carved out elementary and middle school children from the bill, prohibited genital inspections or codified the current Florida High School Athletic Association guidelines into law.

Rep. Anna Eskamani, an Orlando Democrat, gave an impassioned statement on the floor deriding assertions the bill in any way protected woman.

“I for one won’t be used as a political pawn for some sick political game that pits me against my sisters,” she said.

Rep. Jenna Persons-Mulicka, a Fort Myers Republican, retorted that the bill was essential to ensure Title IX protections for female athletes remain in place. She went to college on a tennis scholarship, and she said the legislation was necessary to make sure women have equal chances for sports opportunities.

“It’s been a passion my entire life to support the participation in sports of young women,” she said. “We know what impact that can have on their lives.”

Rep. Traci Koster, a Hillsborough Republican, cited the words of famed tennis player Martina Navratilova, one of the first openly gay players to dominate the sport, who has accused trans women playing in women’s sports of “cheating.”

Rep. James Bush, a Miami Democrat, cast the only vote from his side of the aisle in favor of the bill. He argued this was primarily a safety concern.

“I stand today not as a Democrat, not as a Republican, I stand today as a concerned parent of two former college football players,” Bush said, adding that he also has been a coach and teacher.

Rayner, though, suggested this will do the opposite. She took particular issue with provisions allowing a challenge of an athlete’s identity that would let a third party inspect the genitals of a student accused of playing sports as the “wrong” gender. She labeled that as “state-sanctioned sexual assault against children.”

Under the measure, students’ schools would have to resolve disputes “by requesting that the student provide a health examination and consent form or other statement signed by the student’s personal health care provider which must verify the student’s biological sex.”

The measure provides that a student’s gender would be determined by their reproductive anatomy, genetic makeup or “normal endogenously produced testosterone levels.”

Supporters argued the bill isn’t about stopping transgender athletes from playing sports, and that trans girls still may play on boys teams by meeting certain criteria, like maintaining low testosterone and submitting to a physical exam.

Rep. Carlos Guillermo Smith, an Orlando Democrat and a gay man, said that argument was laughable. He compared it to when supporters of a constitutional amendment prohibiting same-sex marriage argued in 2008 that a gay man could still participate in the institution of marriage by marrying a woman. The U.S. Supreme Court since ruled that unconstitutional and the argument is widely viewed as laughable now, he said.

“Soon, the transgender community will find the same broad support now enjoyed by gays, lesbians and bisexual people,” Smith said. “Civil rights movements have taught us so many important lessons on the importance of acceptance and equality for all.”

The Florida High School Athletic Association since 2013 has had guidelines in place that allow transgender students to request to play on the team aligned with their gender identity. To do so requires affirmation of gender identity and testimony that athletes live their entire lives as a gender different than that assigned at birth.

Since then, only 11 students in Florida have asked to be allowed to compete in sports differing from the gender assigned to them at birth.

The Senate companion for this bill notably was postponed from the Senate Rules Committee Wednesday. Senate leaders say that was for “planning purposes,” but the decision to table the bill came the same day the NCAA threatened to pull its events.

House Speaker Chris Sprowls, when asked about the differences in the House and Senate legislation, said that’s something to work out in conference.

“I’ve been very public that I believe that our bill is common sense, allows girls to play girls sports, protect the competitiveness of those sports,” he said. “So we’ll have to figure the rest out in the legislative process, but I support the bill we passed off the floor today.”

Notably, the Senate bill also has substantive differences, most notably allowing some transgender girls to play after a full transition if their testosterone tests at levels normally found in girls or women.

House passage drew commentary from political figures in Florida and beyond.

“Like many of their so-called priority issues this legislative session, the Florida Republican bill banning transgender athletes from competing in girls’ sports is morally wrong and completely out of touch with real issues facing Floridians,” Fried said. “This is political opportunism at its worst and a shameful attempt to drum up controversy while marginalizing an entire community. I proudly stand with our transgender community and remain committed to inclusivity, equality, and liberty, values which this legislation infringes on.”

The NCAA also released a statement, clarifying it won’t hold events in states with laws that read like this bill.

“When determining where championships are held, NCAA policy directs that only locations where hosts can commit to providing an environment that is safe, healthy and free of discrimination should be selected,” the statement read.

Additional reporting from News Service of Florida was used in this report.