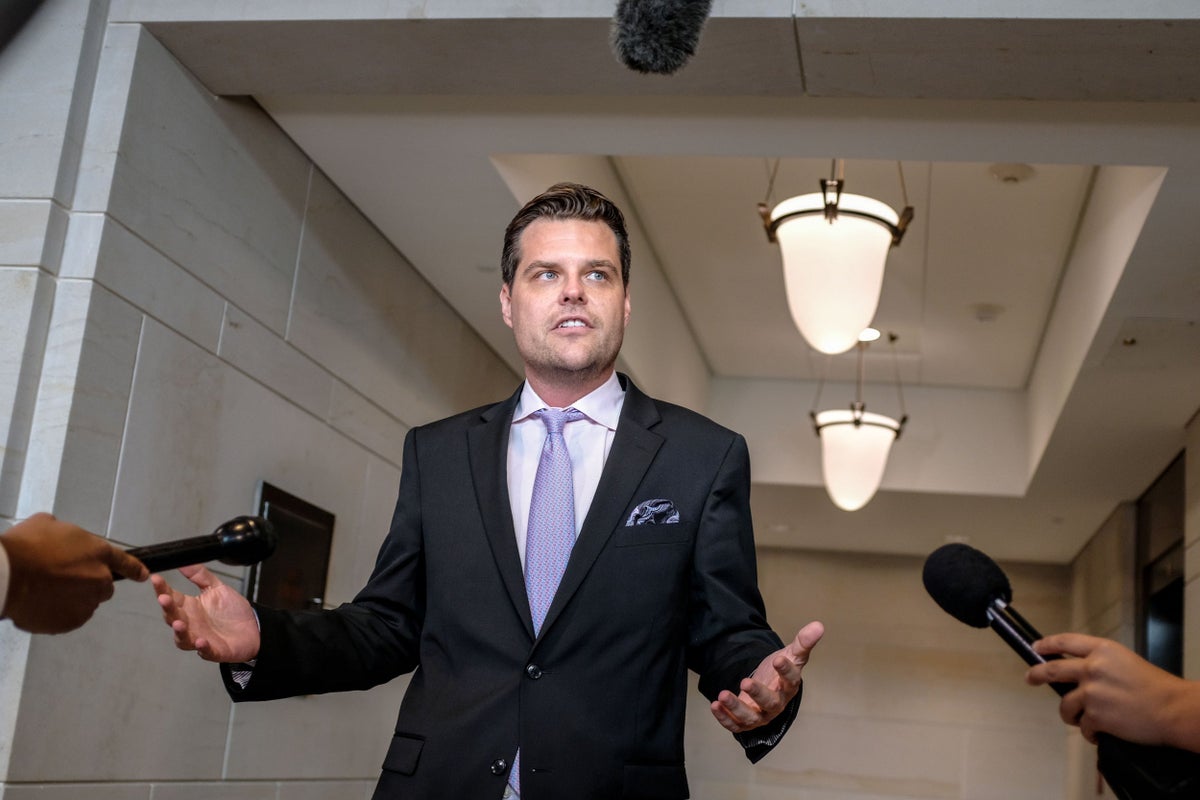 The Congressman's ad team cooked up something new.

Lawyered up amid a reported federal investigation and a House ethics inquiry into accusations of sex trafficking and other serious allegations, U.S. Rep. Matt Gaetz is pushing back with a new ad.

The ad, released Wednesday, features footage from a CNN executive saying Gaetz is a “problem for the Democratic Party because he’s so conservative, and he can cause a lot of hiccups in passing laws.”

“It would be great for the Democratic Party to get him out, so we’re going to keep running our stories,” CNN Creative Director Charlie Chester said in the video.

Gaetz hopes his Twitter followers will “help us fight back,” a reasonable ask given the dire and well-documented circumstances he faces. Gaetz is facing scrutiny from the Justice Department and the FBI, reportedly for issues potentially related to sex trafficking. Gaetz has not been charged, and he maintains complete innocence.

Though the Justice Department has not charged Gaetz, a House Ethics Committee investigation could lead to censure or expulsion for him down the road regardless of whether a DOJ indictment drops.

That Ethics probe will cover a lot of ground.

“The Committee is aware of public allegations that Representative Matt Gaetz may have engaged in sexual misconduct and/or illicit drug use, shared inappropriate images or videos on the House floor, misused state identification records, converted campaign funds to personal use, and/or accepted a bribe, improper gratuity, or impermissible gift, in violation of House Rules, laws, or other standards of conduct,” a statement from the Ethics Committee declared.

Florida Republicans, whether historic allies or adversaries of the pyrotechnic Congressman, have steered clear of specific condemnation or denial as speculation swirls about the arrangement between Gaetz and the disgraced Joel Greenberg, who was working toward a plea deal, which in theory might involve him testifying against Gaetz.

Gov. Ron DeSantis shirked a reporter’s question before he could even finish it Monday. And former President Donald Trump has issued a couple of circular statements that serve, at best, as conditional defenses of Gaetz. U.S. Sen. Rick Scott said the important thing was to “get the facts out.”

Leading Republicans in the House, meanwhile, have no problem saying the caucus would “take action” against Gaetz if an indictment drops from the Biden Justice Department.

Check out our new campaign spot and help us fight back! https://t.co/MyqMPrqjkM pic.twitter.com/Ny5A5O8kf6

nextHouse passes drinks-to-go bill, orders another round for the Senate