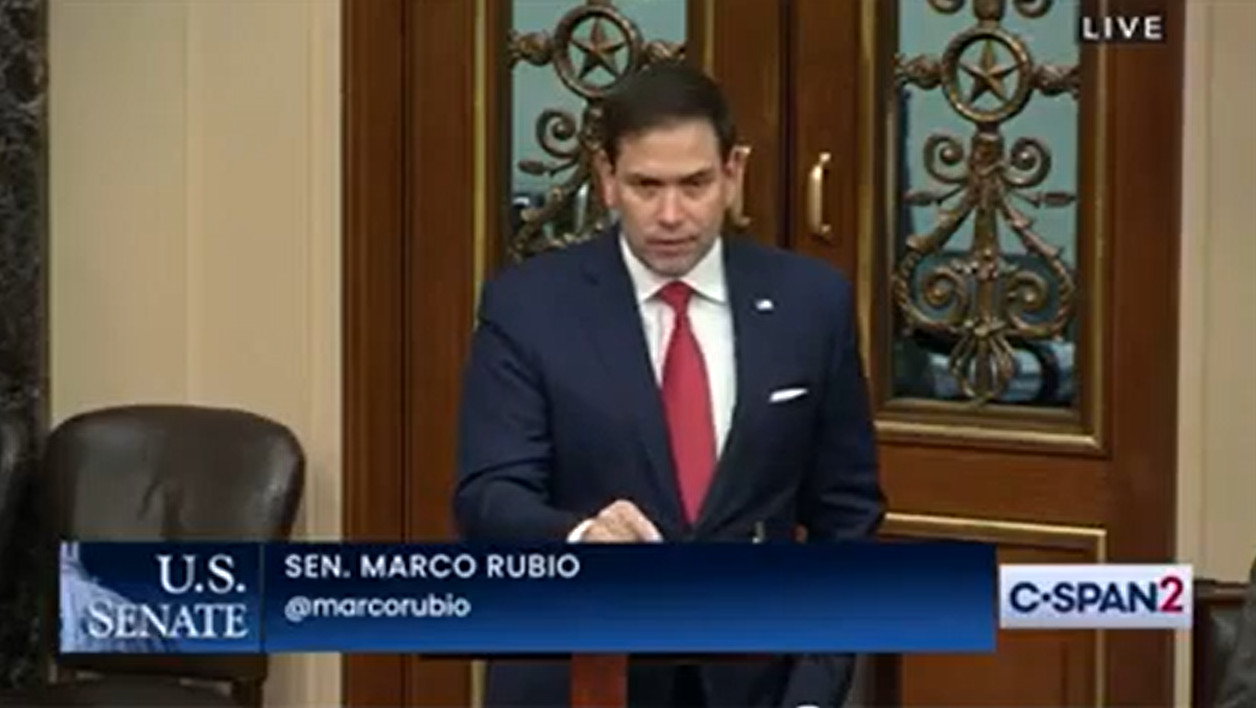 The Senator was on Fox News Thursday.

U.S. Sen. Marco Rubio fumed Thursday about a pending proposal to expand the size of the Supreme Court under the Joe Biden administration, a move that could permanently tip the ideological balance of the high panel.

Rubio, who warned of so-called court packing schemes during the 2020 campaign season, was in high dudgeon on Fox and Friends over the expected proposal to add four new justices to the current nine. These presumably liberal jurists would remove the court’s longstanding conservative skein.

Sen. Ed Markey, a Democrat from Massachusetts, is expected to sponsor the proposal. It appears unlikely to pass the Senate, as it would require 60 votes to do so. Rubio calls it “hardball” politics and a “purely political ploy.”

“This is a pure political ploy. Hardball politics. It’s sad it’s not being covered that way by most outlets, but that’s the way it is,” Rubio said.

The Senator also noted “pressure” from the far left on members like Chuck Schumer, who could face a primary challenge.

“The beating they take from the far left, the threats to primary them … They’ll come after these guys.”

Some will “cave because of that fear,” the Senator warned.

Rubio’s rhetoric was somewhat more measured on this subject than it was during the tempest of the 2020 campaign, when the Senator railed against plans to expand the court as “Third World.”

previousSunburn — The morning read of what’s hot in Florida politics — 4.15.21

nextSex ed bill with 'opt out' approved in House