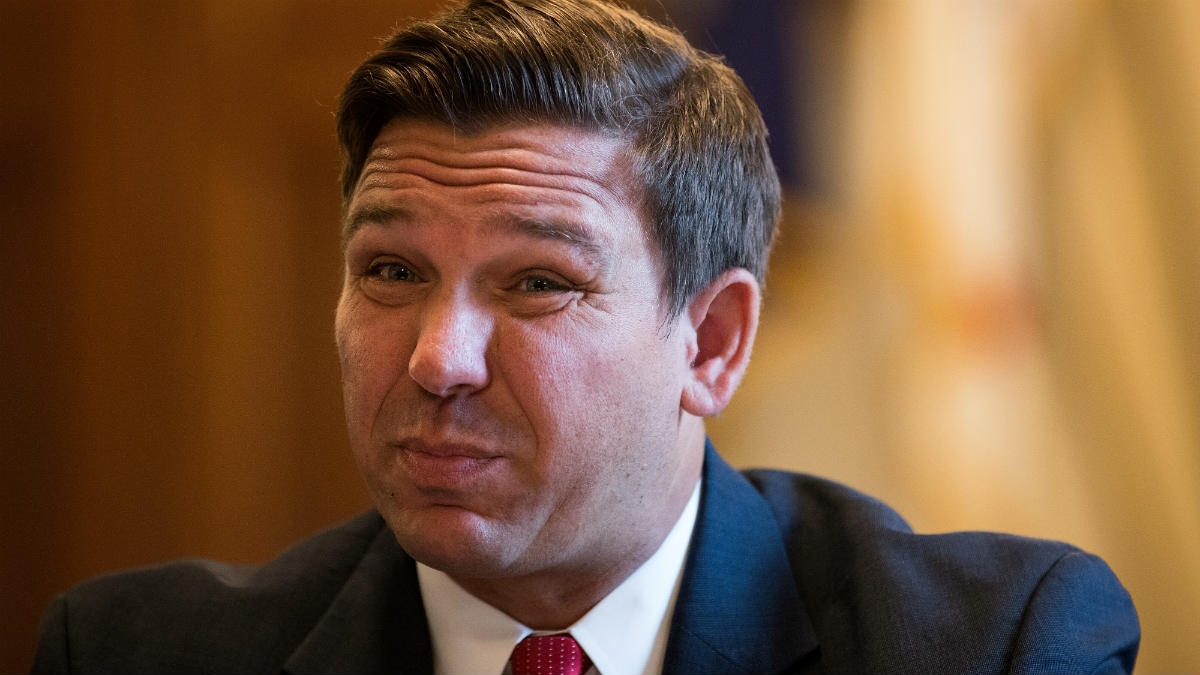 'Our unemployment is what it is, it's fine.'

Gov. Ron DeSantis came out in opposition of Friday to a Senate proposal that would boost Florida’s unemployment payments, currently locked at just $275 a week.

“Increase benefits? Look, no. I think we are getting people back to work. You see and hear these stories about businesses need more, our goal is to get people back to work. There is a lot of demand right now. I’d like to get that unemployment rate below 4% if we can,” DeSantis said, adding again that there is “demand for hiring.”

DeSantis’ comments come as legislation (SB 1906) is progressing in the Senate to potentially raise the payment from $275 to $375 weekly. In addition to boosting payout, the bill also would extend eligibility to 14 weeks, two more than currently.

“Our unemployment is what it is, it’s fine,” DeSantis added. “We’ve paid out $26 billion over the last year, That’s got to be more than the previous 10 or 20 years combined.

DeSantis made the comments shortly after the Florida Department of Economic Opportunity released a report showing the March unemployment rate for the state at 4.7%, the same as in February and below the 6% national rate. When the pandemic started taking hold in March 2020, Florida’s unemployment rate was 4.9%.

The recovery continues, with 46,000 added to the labor force. The Department of Economic Opportunity is celebrating “11 consecutive months of job growth” after the trough last spring.

“I think the way Florida’s handled the past year, we’ve been able to bounce back. Our unemployment is at 4.7. The national is at 6. And that’s with one of our major industries forcibly closed by the federal government, the cruise lines,” DeSantis said, nodding to the current federal ban on cruise ship operations.

The state has filed a federal lawsuit over the cruise ship restrictions, which were imposed by the Centers for Disease Control and Prevention. The CDC issued the restrictions after several outbreaks of COVID-19 aboard cruise ships early in the pandemic.

The Governor also suggested the worst of the pandemic economy is behind Florida.

The bill is headed to the full Senate after passing through its final committee Thursday. Senators tacked on amendments this week that would allow for 25 weeks of unemployment if the state rate was above a 10.5% unemployment rate, and would protect the eligibility of pregnant women.

“We’re going to continue to work through the process and hope we can convince the Governor of the need,” he said.

However, with no House companion and the Governor’s opposition, this may amount to an academic exercise for the Senate.