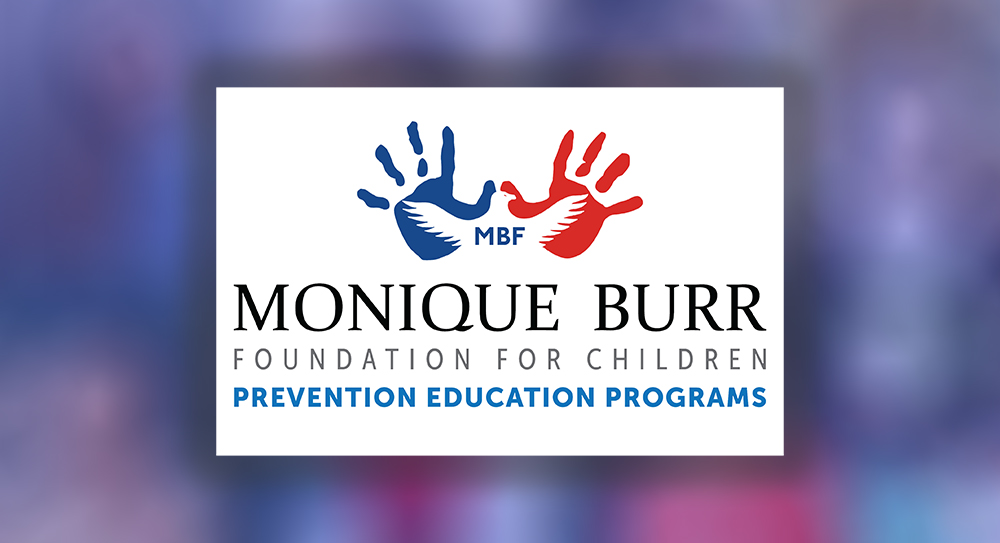 The Monique Burr Foundation is known in Florida, but schools in other states are increasingly finding the organization’s anti-bullying and abuse-awareness education is a useful tool for helping students process abuse events and learn how to prevent them from happening in the future.

Recently, an elementary school in New York began using MBF’s curriculum which helped a young student understand that he had been abused by the school’s principal. The curriculum gave him the words to tell his mother what had happened, leading to the principal being arrested and charged with sexually abusing students.

According to reports, prosecutors say the nine victims, all boys, were between the ages of 9 and 12. The abuse could go back decades, they said.

Without the Monique Burr Foundation’s curriculum, it may not have been discovered and the principal could have continued harming children.

“We provide the curriculum for children, beginning in kindergarten all the way through eighth grade, and the lessons developmentally sort of appropriate so the key messages the key messages about safety and body autonomy remain the same but they are expressed in language that’s appropriate to the to the age of the child.”

In Florida, the Monique Burr Foundation’s curriculum is available in all school districts thanks to a contract it has through the Attorney General’s Office.

As the pandemic shut down schools last year, MBF was able to quickly pivot and make its courses accessible online. The move came as experts warned that school closures could, unfortunately, subject some children living in abusive environments to more abuse.