Harness racing has been a part of Florida’s tradition for decades. 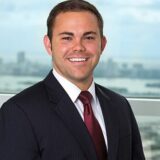 It was Saturday night, and you were surrounded by a bustling stadium of nearly 6,000 men and women cheering on their favorite horses and driver as they flew by in two-wheeled carts while the smell of roasted peanuts and popcorn filled the air.

If you were lucky that evening, you might have even spotted the famous Frank Sinatra or Sammy Davis Jr., and it would almost be as exciting as your horse crossing the finish line and winning the race.

This was an average night at the “Winter Capital of Harness Racing,” the Isle Casino Racing Pompano Park (the “Isle”) after the new park opened in 1964 and harness racing was first introduced in Florida. It is a tradition that continues today, unless the Florida Legislature is successful in their attempts to push harness racing out of the state.

Harness racing is a technical and skilled sport also known as Standardbred racing, in which the horses race at a specific gait, pulling a small two-wheeled, chariot-like cart.

This tradition has been a part of Florida’s horse industry for more than a half-century, as the Isle hosted the world’s top Standardbreds, owners, trainers and drivers during the winter for some of the sports’ richest purses.

Currently, the Isle is the state’s only harness track, and some would suggest that harness racing is a dying industry in Florida — this is simply not true.

The harness racing industry in Florida is still very much alive today. Just ask the Isle, where in February, they had their largest single-night handle of over $1.4 million (the largest in the Isle’s history). Approximately 5,000 people are directly employed in the state of Florida between Standardbred breeding and racing, including drivers, owners, breeders and trainers. Thousands more Floridians derive income from the industry indirectly, including veterinarians, blacksmiths, grooms, supply shops, truckers, restaurants, and hotels that support visiting horsemen. There are 62 Standardbred farms and seven training centers located throughout the state of Florida. During the peak season, there are more horses in Florida than in any other state, providing a reliable economic benefit to many Floridians.

Unfortunately, a bill, House Bill 7055, is working its way through the Florida Legislature that would change Florida’s gambling law to allow the Isle to end live harness racing in Florida forever.

The legislation, in part, being pushed by a Nevada gaming company, would allow casinos to operate card games without running jai alai matches, quarter horse races, or harness races but still allows thoroughbred racing. This separation of live events and games is known as “decoupling.”

Current law requires any facility seeking to operate card games and slots to be tied to a “live” gaming mechanism, such as harness racing. If decoupling is permitted, the Isle would discontinue harness racing and could effectively kick the horseman off the property.

The Isle is so confident in their control over the Florida Legislature on this issue, that they have already applied for a rezoning of the property which would exclude any future harness racing.

Since the Isle is the state’s only harness track, this one piece of legislation is a targeted effort by the casino and would have the devastating impact of wiping out the industry for Florida while destroying thousands of jobs.

Harness racing has been a part of Florida’s tradition for decades. I know this personally as the son of a horseman, who grew up spending every spare moment working in the barn with my mom and dad, taking care of the horses, keeping them healthy and, yes, shoveling their manure.

This legislation, if passed, would upend Standardbred racing families by taking away their entire way of life. Growing up in this industry, I know the Standardbred community is composed of honest, fair, and hardworking people who are seeing their livelihood eliminated in this state.

Standardbred horsemen have been duped, deceived, and flat-out lied to for years, dating back to the original gaming ballot initiative in 2003. That year, the industry got behind the initial push for slot machines with a promise of higher purses and better facilities, but those promises never came to fruition. Instead, the insults from the Isle casino have never stopped.

Now, amid negotiations with the Isle to keep harness racing in Florida, the Isle pulled the proposed deal off the table because they were able to convince the state Legislature to decouple harness racing. After years of mistreatment and chipping away at these horsemen’s livelihood, this legislation is the final nail in the coffin.

Interestingly, thoroughbred racing has been protected and will continue to be tied to the pari-mutuel for them to operate. Once again, the Standardbreds and the entire industry surrounding them have been hung out to dry. The legislature should not be picking winners and losers.

If they continue to decouple harness racing, it will mean the end of an industry and a livelihood for thousands of Floridians who just want to care for their horses and feed their families.

This effort is unacceptable and must be stopped.