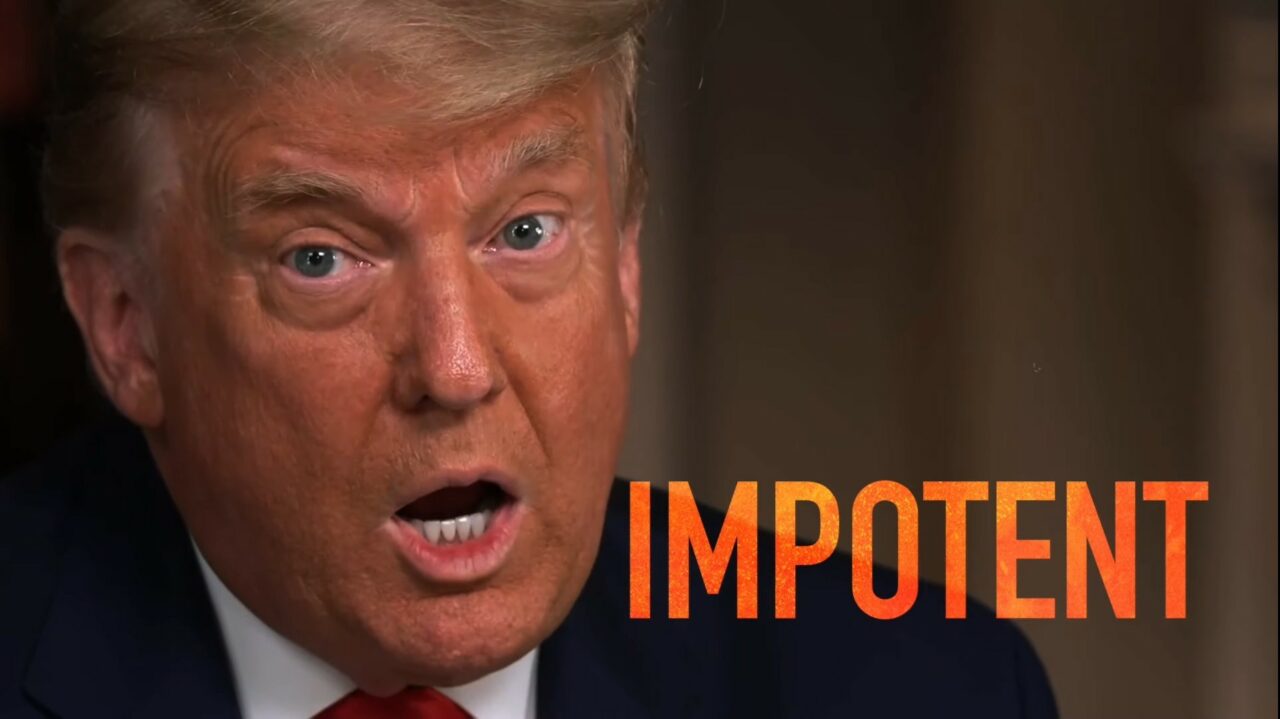 The ad will air in the Palm Beach County media market.

The Lincoln Project earned a national profile attacking Donald Trump in Washington D.C. ad buys. Now, the group of disillusioned Republicans continues to taunt him in his Mar-a-Lago estate.

An advertisement airing today in the Palm Beach television market mocks the former president about Republicans who visit him in Florida but jeer him from Washington.

“Now everyone is saying you’re old, impotent, an embarrassment,” a female narrator states in the ad.

Sen. Rick Scott even earns a cameo. Florida’s junior Senator, now chair for the National Republican Senatorial Committee, can be seen in a grip-and-grin photo presenting Trump the invented NRSC Champion for Freedom Award, which he delivered to Trump’s estate.

“They’ll come to Mar-a-Lago and praise you,” the narrator says, “tricking you with cheap gifts like a Dollar Store silver bowl. But in Washington, Mitch runs the party.”

That’s Mitch McConnell, the Senate Republican Leader whose relationship with the President largely disintegrated after he acknowledged in mid-December that Trump failed to win reelection.

“McConnell’s right-hand man, Josh Holmes, plans to cancel you,” the ad attests. “He acts like you’re a nobody and laughs about how Mitch ignores you. And he’s going to build a new party with Trump voters.”

The content of the ad clearly aims to stoke divisions in the party between the McConnell establishment and the Trump populist wings of the party. But the broadcast strategy for the “Truthless” ad seems as notable as anything. More than perhaps any ad ever produced by The Lincoln Project, this one speaks directly to the former President and seems custom cut for an audience of one.

“While Trump has been kneecapped by social media and continues to fight for some semblance of relevance, we at The Lincoln Project believe he should be reminded constantly that his former friends and allies in DC are laughing about how weak and pathetic he is, all while plotting against him in his absence,” said Ryan Wiggins, communications director for The Lincoln Project.

The Lincoln Project famously gained national notoriety after running an ad attacking Trump’s coronavirus response to air only on Fox News in the D.C. market. Trump saw the ad and issued an early morning missive attacking the group, elevating the profile of the nascent organization.

Now that the former President lives in South Florida, the organization has taken to trolling him on local airwaves in the greater West Palm Beach area.