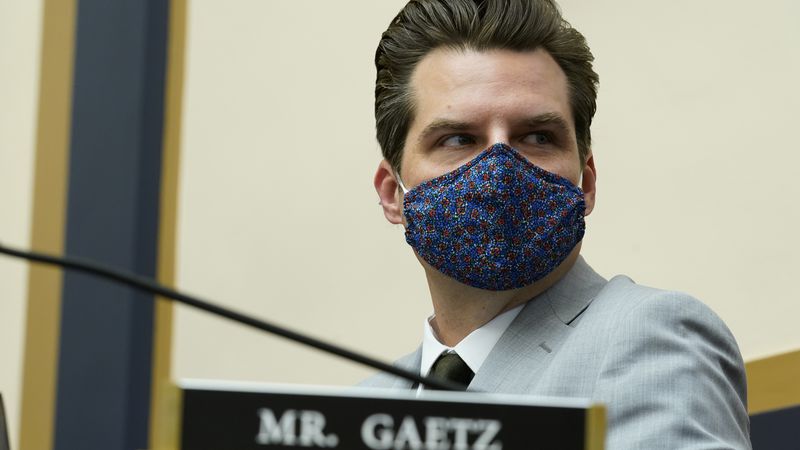 This comes amid an ongoing federal sex-trafficking investigation targeting the Republican lawmaker.

The investigation of U.S. Rep. Matt Gaetz continues to expand — the federal probe on the Fort Walton Beach Congressman is now also said to include an inquiry into a 2018 trip to the Bahamas, in which prosecutors are trying to determine if Gaetz was illegally influenced on the policy matter of medical marijuana, according to a CNN report.

Federal authorities are inquiring as to whether that trip — involving Gaetz and several young women — was part of an intentional effort to influence Gaetz in relation to the medical marijuana industry. Specifically, prosecutors with the Justice Department’s Public Integrity Section are examining whether Gaetz took gifts, including travel and paid escorts, in exchange for political favors, sources told CNN.

This development comes amid an ongoing federal sex trafficking investigation targeting the Republican lawmaker, who is being investigated for potentially engaging in a relationship with a girl that began when she was 17.

Gaetz has a strong record of advocating for medical marijuana. The lawmaker has introduced several pieces of legislation seeking to loosen laws regulating the drug, both as a Florida state representative and as a member of Congress.

A number of his close associates have ties to the industry, including Jason Pirozzolo, a Florida doctor who founded a medical marijuana advocacy group. According to reports, Pirozzolo accompanied Gaetz on that 2018 trip to the Bahamas.

It seems a number of people close to the Congressman are roped into the federal probe.

Federal investigators are focusing on women recruited online for sex by Greenberg, often in exchange for gifts like trips, the Times reported. The reports say he used the site Seeking Arrangement, a service that markets itself as a way for wealthy clients to find attractive individuals they want to pamper.

But there’s also evidence the women were paid cash at points and had sex with Gaetz. One woman has told investigators she had sex with Greenberg, Gaetz and one other as-yet-unidentified associate in Florida GOP politics, one source said. Multiple sources have told Florida Politics the third individual is former Florida Department of Business and Professional Regulations Secretary Halsey Beshears, who resigned in January.

Gaetz previously endorsed Greenberg and the two share political connections in Florida to figures like Roger Stone, who had a prison sentence commuted by former President Donald Trump last year for charges related to the Russian meddling investigation.

Gaetz, Greenberg and Stone have appeared together in pictures, and are part of a larger political network that includes other prominent GOP leaders in Florida politics.

Gaetz has repeatedly denied any wrongdoing in the Justice Department investigation. He hired lawyers to defend him from potential charges in both federal court and possibly in the House Ethics Committee. He also has vowed to fight on.