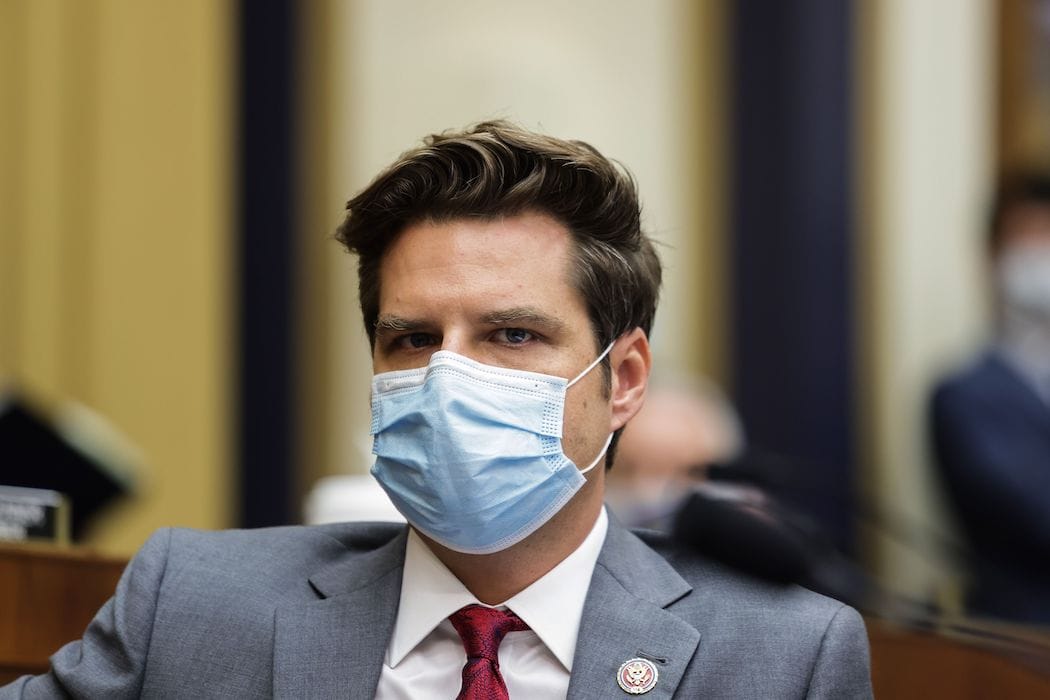 The House Ethics Committee has launched an investigation into Republican Rep. Matt Gaetz, citing allegations of sexual misconduct and a host of other concerns including illicit drug use and bribery.

The committee, chaired by Democratic Rep. Ted Deutch of Boca Raton, cautions that its announcement of an investigation “does not itself indicate that any violation has occurred, or reflect any judgment on behalf of the Committee.”

But it does reflect that the committee is hearing things that trouble its members. A lot of things, apparently.

The committee’s announcement refers to far more allegations than have come to light through media reporting in the past two weeks, since The New York Times first reported that the U.S. Department of Justice was investigating Gaetz for possible sex trafficking associated with his indicted friend, Joel Greenberg.

“The Committee is aware of public allegations that Representative Matt Gaetz may have engaged in sexual misconduct and/or illicit drug use, shared inappropriate images or videos on the House floor, misused state identification records, converted campaign funds to personal use, and/or accepted a bribe, improper gratuity, or impermissible gift, in violation of House Rules, laws, or other standards of conduct,” the statement declares.

Greenberg faces many of those charges through indictments handed down against him in U.S. District Court in Orlando. On Thursday his attorney and federal prosecutors said they were working on a plea deal, and Greenberg’s attorney made it clear it could involve Gaetz.

“I am sure Matt Gaetz is not feeling very comfortable today,” Fritz Scheller said after a court hearing.

Gaetz has repeatedly and vehemently denied any wrongdoing. However, much of his defense has been against media reports of federal investigations that have not been confirmed in any detail by federal investigators.

He has hired two prominent New York lawyers, Marc Mukasey and Isabelle Kirshner, to defend him in court.

And some of the concerns raised by the Ethics Committee are not necessarily criminal, and not necessarily issues that Gaetz has denied. They allude to reports that Gaetz has shared nude pictures of sexual conquests with other members and staff to look at in the halls of Congress. Those stories have been reported in some news media. But the committee likely will have authority to direct sources, members and staff in Congress.

The committee’s statement said it would make no other public comment on the matter until a determination is made.

The statement was released jointly by Deutch and Republican U.S. Rep. Jackie Walorski of Indiana, the committee’s ranking member. Republican Rep. John Rutherford of Jacksonville is also a member.